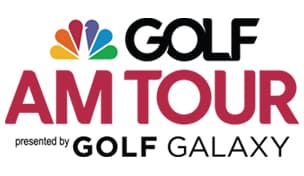 Several NBC Sports / Golf Channel on-air personalities will participate in the National Championship welcome dinners, with Golf Channel on NBC analyst Peter Jacobsen, and Golf Channel analyst Curt Byrum scheduled to attend the open division welcome dinner on Monday, Sept. 8. Golf Channel’s David Feherty is slated to attend the senior division welcome dinner on Sunday, Sept. 14, during which he will present a check to the Troops First Foundation on behalf of the Golf Channel Am Tour. Feherty is a co-founder of the Troops First Foundation, a non-profit organization that develops, operates and supports a synergistic group of wellness, quality of life, and sports-based initiatives in support of today’s military personnel.

In addition to the on-air personalities in attendance, Cleveland Golf / Srixon will feature a few of their Web.com Tour staff players on-site at the National Championships during competition play.

Twelve participants in six flights – six from the senior division (age 50+) and six from the open division – will be crowned national champions in official awards ceremonies immediately following the conclusion of their respective tournaments. Twenty-nine past champions are in the field, including eight defending champions. A few of the top performers and storylines from the 2014 season-long Golf Channel Am Tour schedule in the National Championships field include:

Hardeep Dhani (Poway, Calif.) – Dhani has won five of nine tournaments entered in 2014, including the Western Masters and Southern California Tour Championship, where he posted a 12-under par mark (65-67). Dhani has gone from a 3-handicap to a plus-1 over the course of the past two years on the Am Tour, and will likely turn professional in the next 12 months.

James and Jamie Smith (San Diego, Calif.; Vermont) – The father-son duo qualified for the National Championships at the Duel in the Desert. James competes in the Hogan Flight (8.0-11.9 handicap), while Jamie competes in the Sarazen Flight (12.0-15.9).

Rafael Rodriguez and Heather Taher (San Jose, Calif.) – The significant others have combined for an impressive run on the 2014 Am Tour schedule. Rodriguez won the National Championship last year in the Sarazan Flight, and will compete in the Hogan Flight in Scottsdale. Taher began competing in the Snead Flight (20+ handicap) and has improved her handicap to qualify to compete in the Sarazen Flight.

Kody Conover (Las Vegas, Nev.) – The son of Clifford Conover, who won three consecutive Senior National Championships in the Palmer Flight (2009-11), Kody has Down Syndrome and is competing on the Am Tour for the first time in 2014. He won a Major (Western Classic) and has improved his play throughout the season, beginning in the Snead Flight, and competing in the National Championships in the Sarazen Flight.

Shane Rutherford (Los Angeles, Calif.) –Rutherford proposed to his wife two years ago at the Hawaii Major and now the couple are expecting. His wife, Christie, plans to lend her support in person, following Shane during his final two rounds in the Championship Flight.

Jason Meijers (San Diego, Calif.) – Meijers has improved from a 10-handicap two years ago to a plus-2 handicap this season. Practicing at the same club at Gunn Yang (recent 2014 U.S. Amateur champion), Meijers has won three times on the Am Tour in 2014 and will likely turn professional in the next 12-24 months. 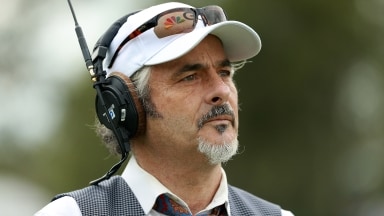