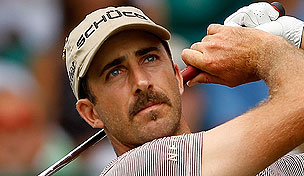 ''You've got to play without fear. You're going to make mistakes. It's going to happen. You have to deal with losing. It's part of the Tour. Out of 156 guys each week, one person is going to win, so 155 lose. But you can't worry about that.' – Phil Mickelson, defending his aggressive approach, just days before his induction into the World Golf Hall of Fame.

''At the current situation, he's going to have trouble. That's my feeling.'' – Arnold Palmer, on whether Tiger Woods will break Jack Nicklaus' all-time major-championship mark.

“I was afraid of the golf course. I had won a lot of golf tournaments, and it intimidated me quite a bit.” –  Hall of Famer Nancy Lopez, remembering the 1998 U.S. Women's Open at Blackwolf Run in Kohler, Wis. The tournament returns there in July.

“Can I get you something?' – Lopez's caddie asked her early in the first round, sensing her uneasiness. “Two valiums,” Lopez answered.

“Think about me telling (Woods) he’s got to go back (to where he hit his second shot on the par 5) based on the evidence. Then I think it would be the other way around. You guys would be telling me, ‘Have you lost your mind?’” – PGA Tour official Mark Russell, who ruled that Tiger Woods was entitled to a free drop on the fifth hole in the second round of the Wells Fargo Championship after a fan pocketed his ball.

'He lifted me up 3 feet and slammed me down. I was 3 feet from my life. He had me submerged up to my belt buckle. That was my miracle of the month.' – Albert Miller, 75, after narrowly escaping an alligator's grip on Wednesday at a Florida golf course.

“If you think about it, with Butch (Harmon) it took me two years, and with Hank (Haney), it took me almost two years before old patterns are out. It takes time to get rid of old patterns. It takes hundreds of thousands, if not millions of golf balls, but eventually it comes around. I've had my share of successes, and I know it's coming.” – Woods, who began working with Sean Foley before the 2010 PGA Championship.

'It's not that easy to leave home. He's in a position where he doesn't have to. There's nothing wrong with being right. He earned it. He won the green jacket. He's tired.' – Paul Goydos on Bubba Watson skipping The Players Championship.

''This is a great day for me. At our age, we just don't know when we're going to get together like this again, if ever.'' – Lee Trevino, on playing with Jack Nicklaus, Gary Player and Palmer at an exhibition in Texas on Saturday.

''They won't want to see us after today. I think our combined clubhead speed will be about Bubba Watson's speed.'' – Nicklaus, on the gallery's opinion after watching the legendary foursome play.

''There's only one Phil, isn't there?. He's astonishingly talented. Incredibly talented. And very human.' – Geoff Ogilvy, when asked about the first thing he would say on Mickelson's legacy.