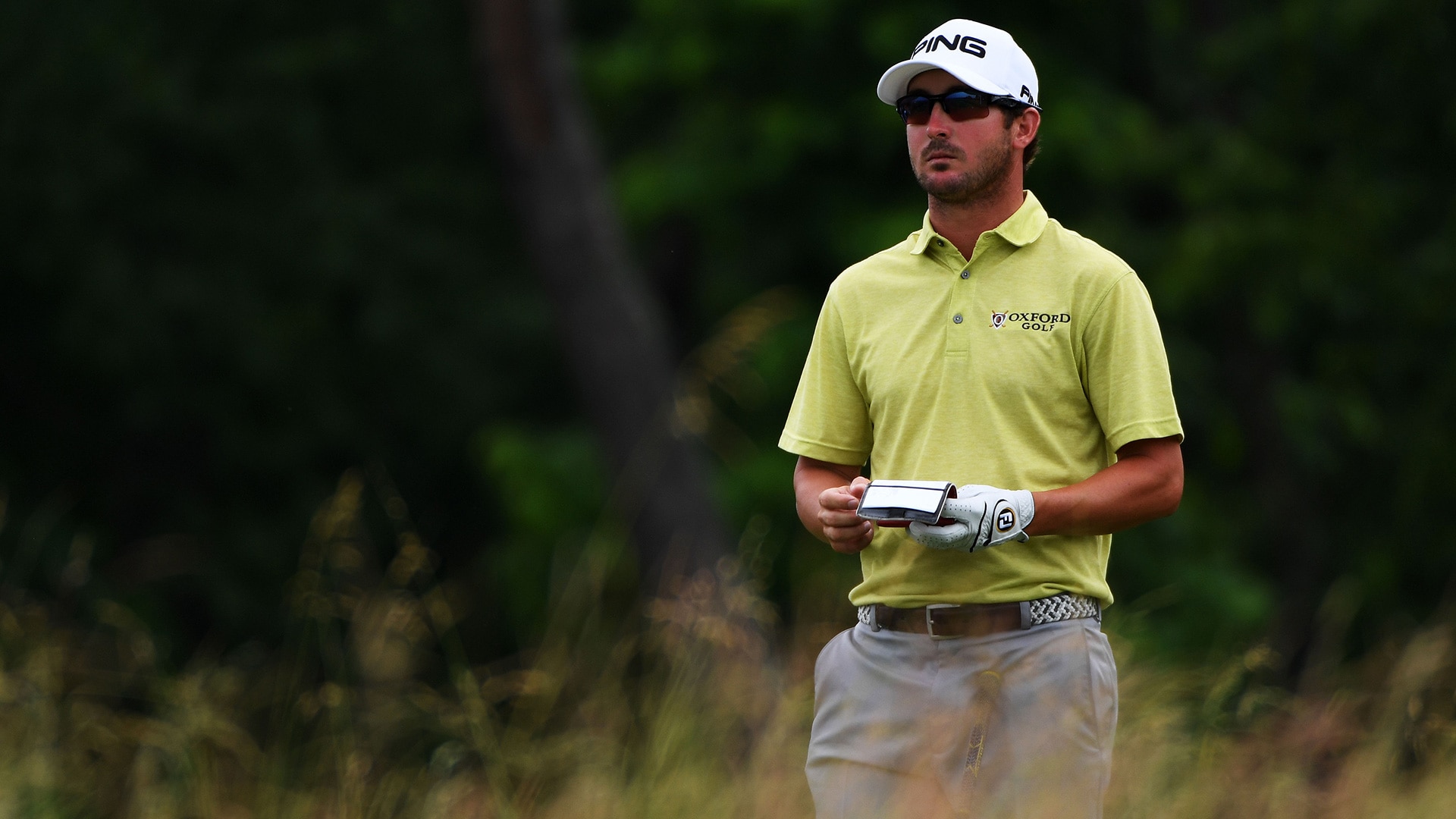 Bubba Watson looked poised to pick up where he left off the last time he played the U.S. Open at Oakmont Country Club.

But Thursday’s start of the year’s second major never fully came into focus with passing storms causing three suspensions of play before the USGA halted action for the day.

Just nine players completed the first round when the weather horns blew a final time at 3:51 p.m. Round 1 will resume Friday at 7:30 a.m.

The entire afternoon wave of 78 players, which included Jason Day, Phil Mickelson and Dustin Johnson, never even reached the first tee. The first suspension was 1 hour and 19 minutes. The second was 2 hours and 26 minutes.

“The U.S. Open is a test of patience,” Lee Westwood said. “This just adds to it. So try and get your head around it and make the best of it.”

Amateur Scottie Scheffler – the 2013 U.S. Junior Amateur champion who just finished up his sophomore year at the University of Texas – is the leader in the clubhouse after posting a 1-under-par 69.

“The experience, I can't even describe it right now, but I didn't really let the magnitude of what's going on kind of get to me,” Scheffler said.

Landry, 28, leads the suspended round. The 624th-ranked player in the world is 3 under through 17 holes. He was lining up a 10-foot putt for birdie at the ninth hole, his last hole of the day, when play was halted.

With Oakmont softened by overnight rains, Landry took advantage with a hot start. At 5 under with five holes to go, he appeared poised to challenge the record 7-under-par 63 Johnny Miller shot in the final round at Oakmont Country Club when he won the U.S. Open in 1973. The second weather delay, however, cooled Landry off. He came back out and bogeyed his 16th and 17th holes of the day.

Defending champion Jordan Spieth was at 1 over through 11 holes.

“Completely different golf course than we played in the practice round,” Spieth said. “I mean, night and day.”

Players were held in shelter on the course during the first suspension of more than an hour and didn’t get to warm up before returning.

“It's a challenge not being able to warm up, going out there and trying to hit tee shots at the U.S. Open, but it is what it is,” Spieth said.

Landry said the rain took some of the fierceness out of Oakmont’s famed greens.

“I think they stimped the greens at like 16 whenever I got here on Monday, which is absolutely crazy,” Landry said. “Now, obviously, they're a good speed, and they're so perfect out there. You can make so many putts.”

Watson made five birdies and three bogeys over his first 11 holes. He rolled in a delicate 50-foot downhill putt at the 10th for his final birdie before the suspension of play.

“I just kept fighting,” Watson said of rebounding from three bogeys. “You don't really think about the mistakes or the bogeys, because everybody's going to make bogeys out here. The golf course is that difficult.”

While Oakmont was softer, it was far from easy. Bryson DeChambeau was on the leaderboard at 3 under before making back-to-back double bogeys at his ninth and 10th holes.