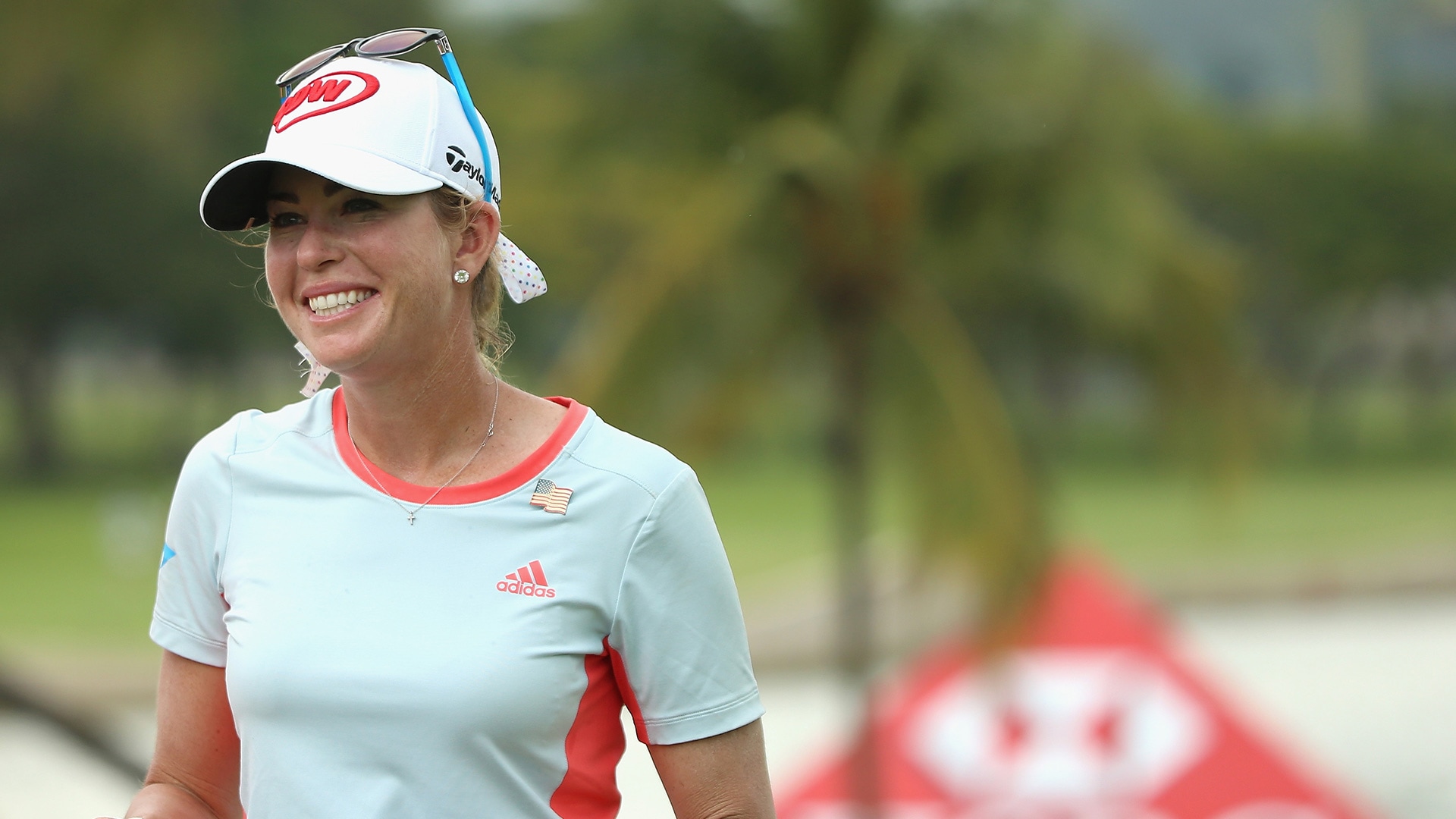 PHOENIX – Paula Creamer was chasing from behind before she reached the first tee Thursday at the JTBC Founders Cup.

She was nine shots back before hitting her opening shot of the tournament.

That’s how it is at the fast track known as Wildfire Golf Club, where a string of pars can leave you in somebody else’s dust.

With a 7-under-par 65 in Friday’s second round, Creamer was kicking up plenty of her own dust here in the desert. She was just one shot off the lead when the morning wave finished up.

“I hit a lot of greens and gave myself a lot of opportunities,” Creamer said. “Just played pretty solid golf.”

Creamer said being nine shots back before she was even introduced at the first tee Thursday got her attention.

“It was crazy,” Creamer said. “I looked over at the board, and I’m like, `Holy cow.’ You can’t really think too much about that. I feel like I’ve been out here long enough to know that, but it’s still hard. You don’t want to be nine back before you’ve teed off.”

Actually, opening the week like that was a good test of what Creamer and her new/old swing coach have been working on since they got together three months ago. Gary Gilchrist is a big believer in a simple formula that includes a dose of patience.

“You put in the work and trust in it and stay patient and good things will happen,” Gilchrist said.

Creamer patiently hit one good shot after another Friday in a steady climb up the leaderboard.

She was strong with her driver, hitting 11 of 14 fairways. She hit 14 greens in regulation and got up-and-down for pars every time she missed a green in her bogey-free round. She needed just 27 putts.

Creamer, 29, is seeking her 11th LPGA title, her first since winning the HSBC Women’s Champions two years ago. Sometimes change is rejuvenating, and Creamer is feeling energized since going to Gilchrist. Creamer had a lot of success under long-time coach David Whelan, winning all 10 of her LPGA titles with him, including the U.S. Women’s Open at Oakmont in 2010, but they amicably parted ways at the end of last year.

Gilchrist worked some with Creamer back when she was a student at the Leadbetter Academy and Gilchrist was the director of golf there. They have been focused on more than getting her club in balance at the top and working on her body turn and on sharpening her short game and putting.

“At the end of the day, a great mind set is always better than a great looking swing,” Gilchrist said. “If you have the right mind set, you can play with any swing.

“Paula’s strengths have always been her determination and her ability to handle competition, and we’re trying to get back to that, to enjoying the challenge of competition. She had become a little critical and judgmental and hard on herself because she wasn’t getting results. We’re getting her to enjoy the game, getting her focused on working, improving and trusting what she is doing.”

Creamer opened the year tying for fifth at the Pure Silk Bahamas Classic in her first start since going to work with Gilchrist. She was T-15th in her next best start this season at the HSBC Women’s Champions two weeks ago.

“I'm excited,” Creamer said. “I love what I'm doing. I really believe in Gary’s philosophy of teaching me. I think he's brought the kid out of me, that's for sure. It's a great match. I really trust what he's teaching me, and I can go out and do it, which is kind of a big thing.”