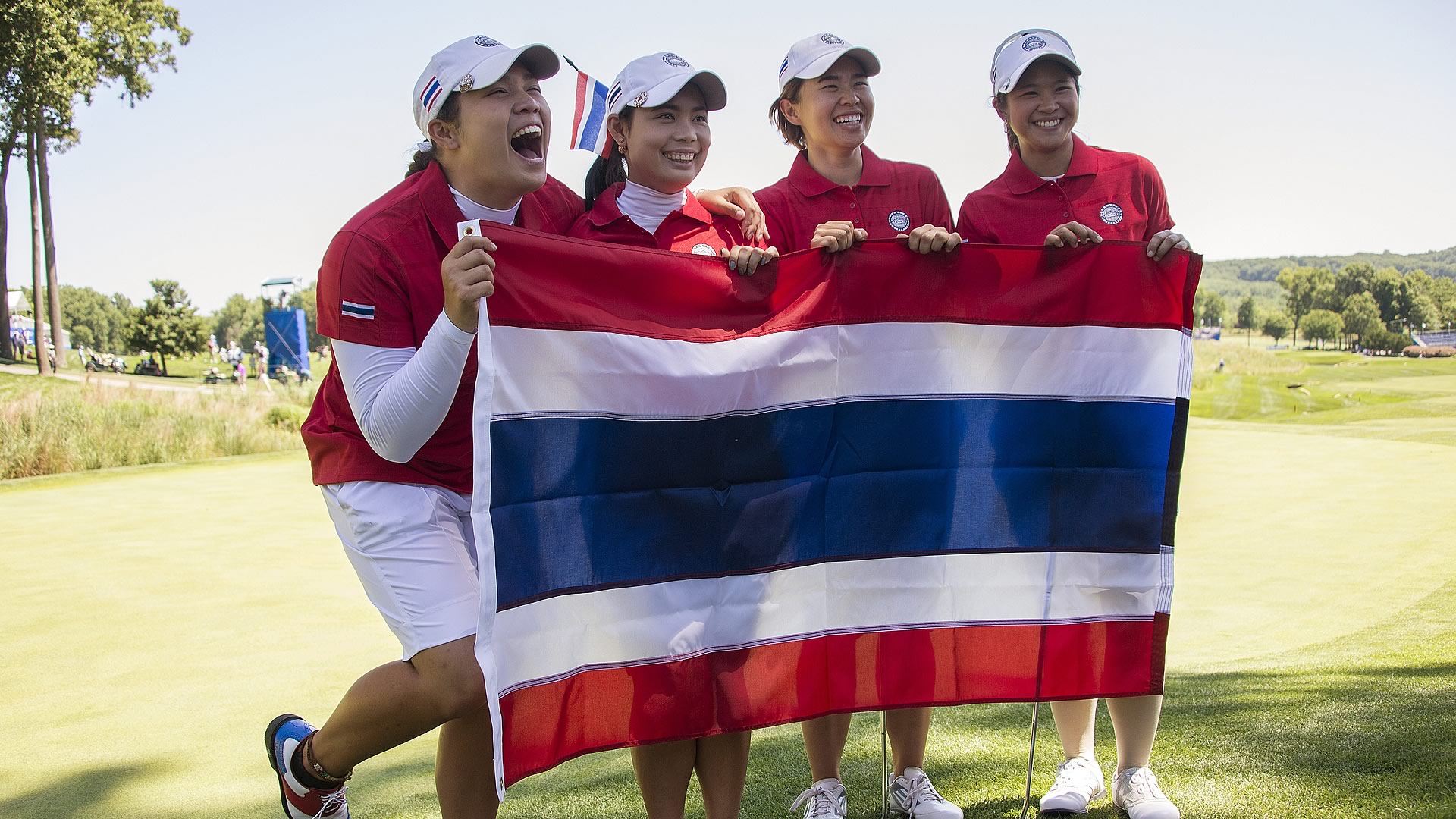 Someday soon, however, the UL International Crown might overshadow its other half in women’s golf.

The second rendition of the International Crown begins Thursday at the Merit Club looking to build upon its promising start at Caves Valley outside Baltimore two years ago. The biennial international team event possesses the kind of nationalistic fervor that makes the Solheim Cup successful, but with the potential to make a greater impact. That’s because the Crown’s scale is so much larger as it encompasses the entire world of women’s golf.

With eight nations qualifying, including the Republic of Korea and Japan, where women’s golf is so much more popular than anywhere else in the world, this event’s reach goes far beyond the Solheim Cup’s. The LPGA will announce details this week of its plans to play the 2018 event in South Korea, where it promises to be embraced as a kind of Super Bowl of women’s golf.

With more nationalistic passion than what makes the Solheim Cup work, the Crown is only lacking in history.

Will the No. 1 seeded Koreans battle the second-seeded Americans to the end this year? That’s the kind of showdown that can quickly build a rivalry and escalate this event’s status. There are already roots for that rivalry. The Koreans eliminated the Americans from the inaugural International Crown, knocking the United States out in a playoff to see who advanced to Sunday singles as the wild card out of pool play. It was a big blow to the Americans, who were the top seeds in 2014.

World No. 1 Lydia Ko and No. 2 Brooke Henderson may not be in this week’s event with New Zealand and Canada failing to qualify, but seven of the top 10 players in the Rolex Women’s World Rankings will be competing, including Lexi Thompson, Ariya Jutanugarn, Stacy Lewis, Sei Young Kim, and In Gee Chun.

“We wanted to do something completely different,” LPGA commissioner Mike Whan said of the Crown’s addition to the schedule two years ago.

Whan, though, didn’t want to create a women’s version of the PGA Tour’s Presidents Cup.

“We wanted players to have a chance to play for country,” Whan said. “Forming a ‘Team Rest of the World’ is just hard to define.”

Whan wanted players competing under their own flags, and that simple concept proved a stroke of genius. It made all the difference in the world in stoking interest in the new event.

You saw it and felt it that first year with Hall of Famer Karrie Webb gazing up at the Australian flag with her country’s national anthem being played in the event’s opening.

“Our blood boils when we hear our anthem and when we see the flag,” Beatriz Recari said about the Spaniards winning the inaugural competition. “We feel the flag.”

The Spaniards aren’t back to defend their title. That’s how competitive qualifying was again. Sweden also didn’t qualify to return. England and China beat them out as newcomers.

“I played in the Solheim Cup a few years ago, and it was the best golf experience I’ve ever had,” England’s Jodi Ewart Shadoff said. “This is going to be fun to be back in a team environment again.”

Sixteen of the 32 players in this week’s field are scheduled to compete in the Olympic women’s golf competition in Rio de Janeiro next month.

While the UL International Crown may not feature all the women’s stars the Olympics will, the Crown will offer a more compelling format. With fourball team match play for three days and Sunday singles, there’s going to be more daily drama than the standard 72-hole individual stroke play format will feature in the Olympics. With match play at the Crown, there will be winning and losing right from the first hole.

Korea, Australia, Chinese Taipei and China will compete in Pool A.

The United States, Japan, Thailand and England will compete in Pool B.

A match victory is worth two points, a tie worth one point through the entire event.

The champion will be determined by who wins the most cumulative points over the four days of competition.

“I remember walking the range before the matches began [in 2014] and Spain’s Carlota Ciganda telling me she didn’t expect her hands to be shaking,” Whan said. “She wanted to do well for Spain.”

That’s the kind of nationalistic pride that makes these international team events work so well.