Europe dominating the world of golf 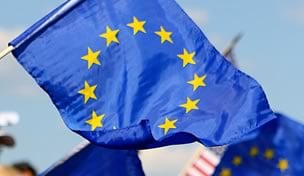 It’s wrong to say there is not a dominant force in the men’s game today.

With the 2012 season under way, this is Europe’s world now, the Americans are just living in it.

The trending makes you wonder if the PGA Tour money title will soon be decided by euros rather than dollars.

Look at most every meaningful measure of excellence, and Europe is leading the way.

The Euros have planted their flag deep in the Official World Golf Ranking with the new season under way.

The top four players are all from across the Atlantic.

Three different Europeans have held the top spot since Tiger Woods surrendered his post. They have monopolized the No. 1 ranking for more than a year now (64 consecutive weeks). In that regard, a record Euro run might be in the making. If they continue to hold the top spot through May 20, it will mark Europe’s longest hold on No. 1 since the world rankings were created in 1986. It would give the Euros 82 consecutive weeks at the top of the rankings.

What’s that? You don’t like world rankings as a measure of excellence? How about money titles? Europe’s Luke Donald won both the PGA Tour and European Tour money crowns last year.

Sure, you say, but major championships are the ultimate measure of success.

OK, the Euros are establishing a strong entrenchment in major championship turf, too.

If a European wins the Masters this spring, it will be the continent’s fifth major championship triumph in the last eight majors played. In 78 years of the modern major setup, Europe has never won that many titles in an eight-major run. Even in Europe’s golden era, with Seve Ballesteros, Nick Faldo, Bernhard Langer, Sandy Lyle and Ian Woosnam winning majors, Europe never did that.

Of course, there is also the Ryder Cup to examine, the most direct head-to-head competition between Europe and the United States. When the matches are played at Medinah in the fall, Europe will be going for its fifth victory in the last six Ryder Cups, its seventh in the last nine.

With Lee Westwood and Rory McIlroy joining Donald as PGA Tour members this year, Europe has a chance to plant its flag on PGA Tour turf like it has never done before.

These things go in cycles, and there are some important factors in looking to see if Europe will show staying power with the youth coming up in its ranks.

The most dominant Americans of the recent past are getting older. Tiger Woods is 36, Phil Mickelson 41 and Steve Stricker 44. Europe’s most dominant aren’t so old. Luke Donald is 34, Lee Westwood 38, Martin Kaymer 27 and Rory McIlroy 22.

Among players under 30 in the American ranks, there are Webb Simpson, Dustin Johnson, Hunter Mahan, Bill Haas, Keegan Bradley, Rickie Fowler and Bud Cauley offering possibilities for starting something new.

As for now, though, Europe is setting the pace in nearly every way.