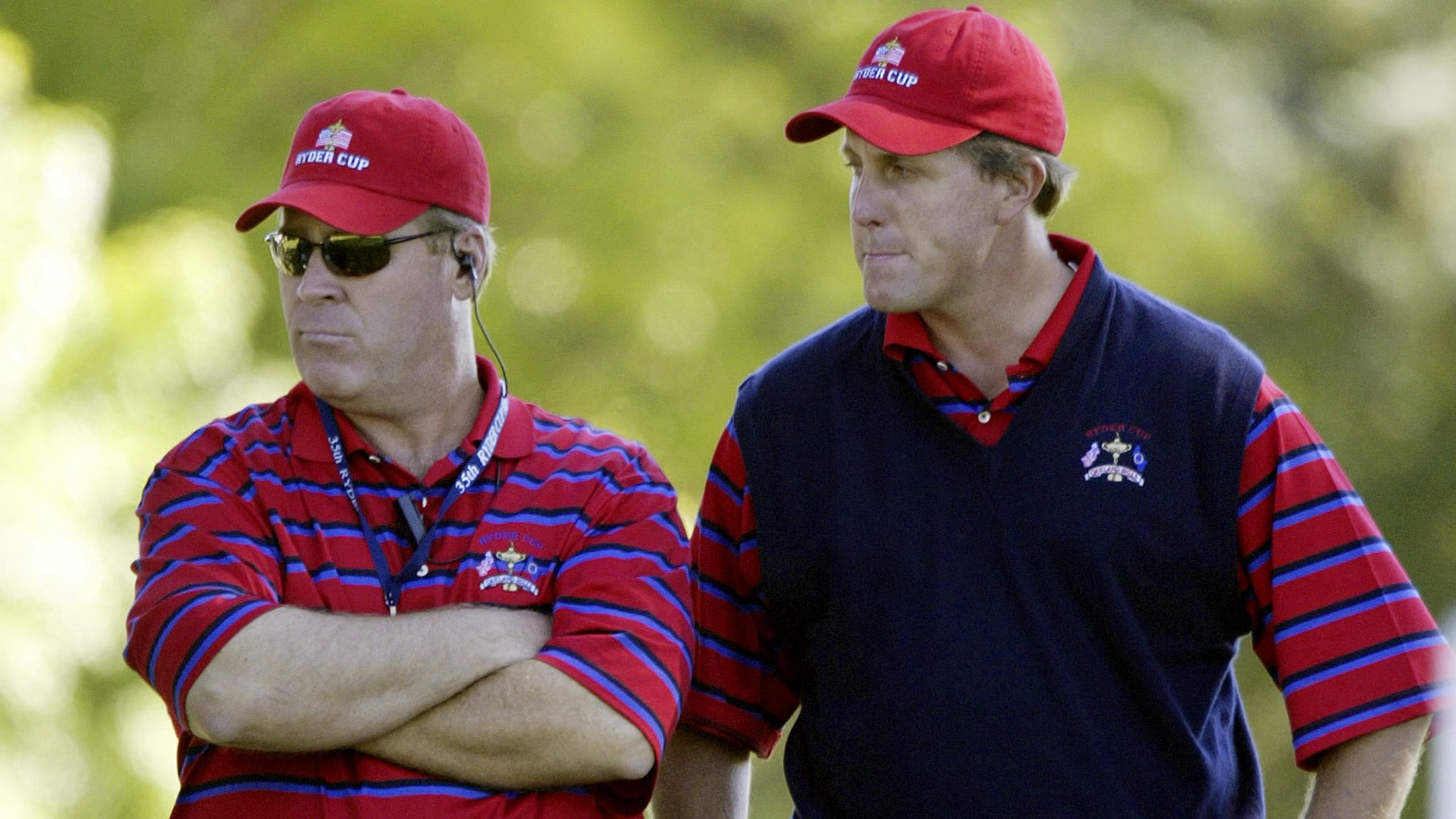 CHASKA, Minn. – Phil Mickelson keeps making the autopsy public, and there’s a danger in that.

Where does the explanation end and the excuse-making begin?

Dragging Sutton back into this, Mickelson makes that the defining question this week.

Sutton was 0-1 as a captain. American teams are 2-8 with Mickelson on the roster.

Mickelson isn’t a playing captain at Hazeltine, but he might be the first playing spokesman in Ryder Cup history. It’s a big job trying to win and sell how it’s being won.

The Europeans know it, and you wonder how much they’re relishing watching Mickelson juggle the tasks.

“You don’t win Ryder Cups with your mouth,” Sergio Garcia said this week. “You win them out there on the golf course.”

Garcia wasn’t talking about Mickelson specifically, but this whole American Ryder Cup overhaul is the story that can’t be explained enough this week.

Twelve years removed from his controversial decision to pair world No. 1 Tiger Woods and No. 2 Mickelson at Oakland Hills, Sutton is back at the Ryder Cup. Sutton was so bitter about the blame he got for that loss at Oakland Hills, he went into a self-imposed exile for four years. Apparently, he has made his peace with his history, because he mingled with players in the American team room Tuesday night, joining former captains Ben Crenshaw, Curtis Strange, Lanny Wadkins and Corey Pavin.

That’s what made Mickelson’s autopsy of Sutton’s captaincy awkward. He made Sutton an example of why the American system required change, of how captains in that antiquated system could put players in position to fail. Mickelson explained that Sutton set him up to fail telling him two days before the Tiger pairing that he was going to play with Woods and he was going to have to play Woods’ Nike ball.

“It forced me to stop my preparation for the tournament, and stop sharpening my game, and stop learning the golf course in an effort to [take a] crash course and learn a whole different golf ball,” Mickelson said. “Had we had time to prepare, I think we would have made it work.”

American captain Davis Love III was asked in his news conference Wednesday if Mickelson’s calling out Sutton again was appropriate. Love indicated Mickelson is in some ways playing defense.

“Unfortunately, some analysts just keep bringing it up over and over and over again, things that have happened in the past,” Love said. “Sometimes, you have to set the record straight.”

Mickelson’s effort to overhaul the American team construct is all about the nature of leadership. It’s something he’s passionate about, because he wants to win the Ryder Cup. It’s just that in defending the American overhaul he can come off as if he’s making the captains scapegoats for the American mess.

“It all starts with the captain,” Mickelson said. “That’s the guy that has to bring together 12 strong individuals and bring out their best and allow them on a platform to play their best. That's the whole foundation of the team.”

The essence of Mickelson’s message when he challenged Tom Watson’s leadership after the loss at Gleneagles two years ago is that the captain’s most important function is to put players in position to succeed.

“When players are put in positions to fail, most of the time they tend to fail,” Mickelson said.

The Americans have been trying so hard to create a team construct the Europeans make look so easy.

“What a massive pat on the back and confidence booster it is for Europe that Team USA needs to create a task force!” Lee Westwood tweeted when the task force was formed.

Mickelson has acknowledged the Americans are trying to create a model similar to what has worked so well for the Europeans, a model that is more “inclusive,” allowing players to have more “input,” and a model that creates more “continuity” from one American team to the next.

European Ryder Cup captain Darren Clarke is flattered the Americans are trying to model their team after Europe’s construct.

“I think the highest compliment that anybody can pay, is to try and maybe copy, or take a look at a few of the components that make up our success,” Clarke said. “The task force I look at as a huge compliment to the European Tour.”

Come Sunday, the American effort may be judged on whether another autopsy is needed and whether the players deserve the lion’s share of credit or blame. 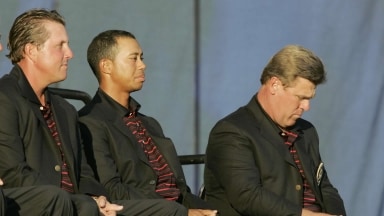 Mickelson apologizes to Sutton for criticism 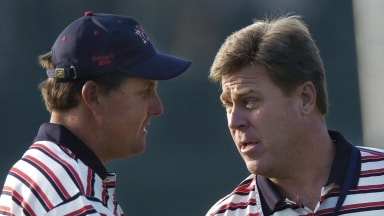 Sutton fires back: Phil was 'self-serving'

Hal Sutton responded to Phil Mickelson's contention that Sutton set Mickelson and Tiger Woods up to fail by pairing them in the 2004 Ryder Cup.

Phil: Sutton put Tiger, me 'in a position to fail'

For those who think a Ryder Cup captain can’t have an impact on the matches, Phil Mickelson had a story for you on Wednesday.