Flying under radar may free up McIlroy, Day 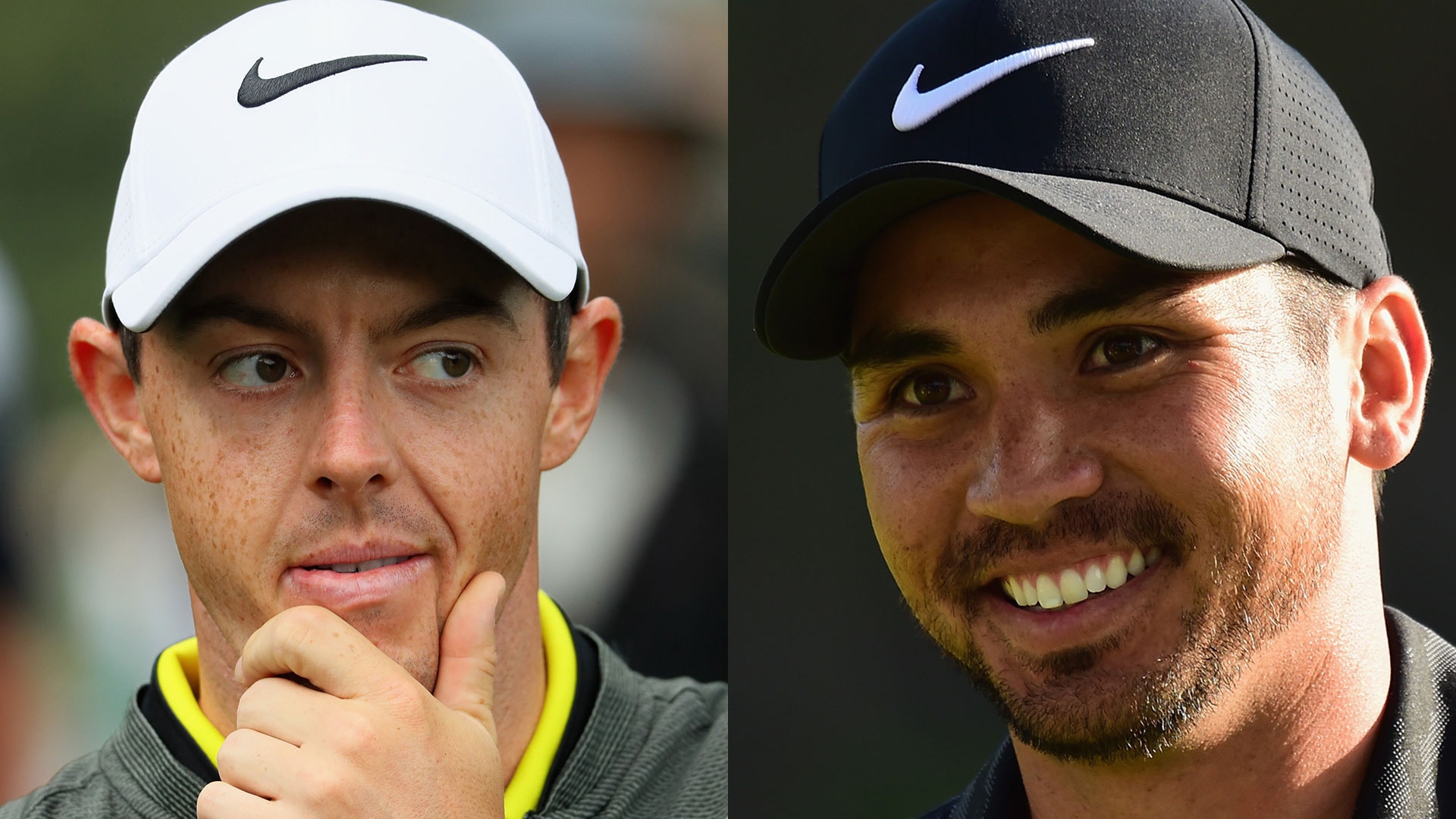 AUGUSTA, Ga. – They aren’t the guys this year.

Rory McIlroy and Jason Day haven’t been pushed off stage in this run-up to the Masters, but they don’t top the marquee, either. They aren’t the big stories leading into the year’s first major championship.

Dustin Johnson, 32, is the betting favorite. He’s the best player in the game as the world No. 1, the hottest player with victories in his last three starts, but he's also suddenly a question mark to even play the Masters after falling down a staircase Wednesday and injuring his back.

Jordan Spieth is the storyteller’s favorite. With his epic collapse last year, he’s the real protagonist coming into this week, the guy the most dramatic narrative is built around. The history Spieth has built in just three years at Augusta National is the best kind of Masters theater, with the 22-year-old Texan already filling the role of both the heroic and tragic figure as a big winner and loser of this championship.

As former world No. 1s and major championship winners, you know McIlroy and Day each want to be the guy again.

And they’d rather be the guy in the final scene.

They would rather be center stage Sunday donning a green jacket for the first time.

So maybe this is the better way for McIlroy and Day to get there.

Maybe there will be something more for them in reserve because they aren’t the favorites.

Maybe the room this affords sets up a freer approach.

“I feel like it's been relatively quiet, which is quite nice,” McIlroy, 27, said of his Masters prep. “I don't feel like I can fly under the radar anymore, but at the same time, it's sort of felt that way to me. It been nice to be able to prepare and just go about my business and try to get ready for this tournament.

“It’s been a bit of a change from the last couple years, especially in ’15, coming off the back of two majors wins in a row and going for the career grand slam.”

Of course, McIlroy is still going for the career grand slam, and he’s a great story if he finally breaks through to get a green jacket.

A McIlroy win would make history; he would join Gene Sarazen, Ben Hogan, Jack Nicklaus, Gary Player and Tiger Woods as the only players to win all four professional majors.

McIlroy’s story would also be about how he finally overcame his own little collapse at Augusta National six years ago, when he blew a four-shot lead on Sunday with an 80.

It would be about how he slayed his Augusta National demon before Spieth did.

“I’d love to give you an answer and say my life is already fulfilled with everything that’s happened and everything that’s going to happen in the future, by starting a family and all that,” McIlroy told ESPN in a revealing admission. “But if I didn’t have a green jacket, there would be tiny piece that would just be missing. I wouldn’t be fulfilled if I didn’t get it.”

Day, 29, would have his own meaningful story to tell if he wins this week.

Two weeks ago, his mother, Dening, had a cancer mass removed from her left lung. He flew her from Australia to live with his family in Columbus, Ohio, so they could help her in her fight.

If Day wins, he will shed even more tears than he did when he won the PGA Championship at Whistling Straits two seasons ago.

McIlroy and Day aren’t lacking purpose in being further from the larger media focus of this year’s Masters.

“I don't know how articulate the words to you about how I feel, and the purpose.” Day said. “But I feel plenty, and I feel good about everything.  I'm just, once again, I'm happy to be here."