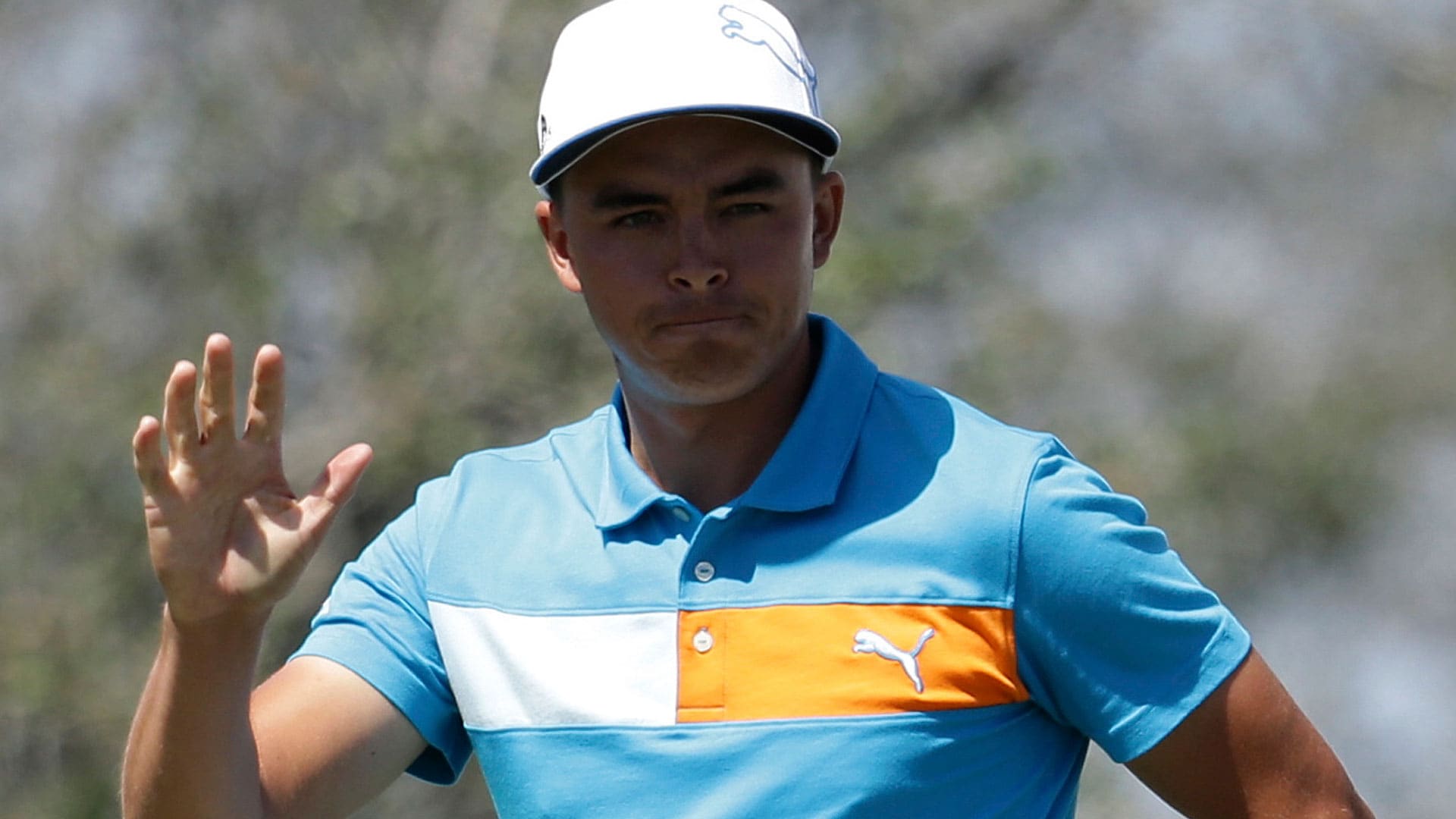 PALM BEACH GARDENS, Fla. – Rickie Fowler looks like he can’t wait to get to the Masters.

Like all those dogwoods and azaleas at Augusta National, he’s aiming to bloom spectacularly there.

With another 4-under-par 66 Friday at the Honda Classic, Fowler is showing more signs he’s getting his game ready for something big. Yes, there’s a long weekend ahead, but he’s got something special working in his game right now. He has a lot of confidence going sitting atop the leaderboard, one shot ahead of Jimmy Walker (66) and two shots ahead of Sergio Garcia (69).

Yes, PGA National’s Champion Course is a beast of a regular Tour stop. There’s trouble everywhere here, lots of knee-knocking shots through blustery winds this week, lots of forced carries over water. Nothing is certain here. Fortunes soar and plunge so quickly on this course.

This place can knock the confidence out of a player in a heartbeat, but if Fowler can win in these conditions, it’s a large statement, a confirmation he’s ready for an even larger test on an even larger stage. It’s another sign he’s ready to win his first major.

“It’s not easy,” Fowler said of PGA National. “It takes a lot out of you ... There’s a lot of trouble out there, and it will jump up and bite you quick.”

Just ask Ian Poulter. He led going into the final round last year and knocked five shots into the water and somehow still nearly won. World No. 3 Rory McIlroy knocked two shots in the water Friday and left appearing poised to miss the cut.

How hot is Fowler? He’s bogey-free through 36 holes. He’s the only player in the field who hasn’t made a bogey.

Fowler, 27, is looking to win for the fifth time in his last 21 starts, but there were some questions when he left Arizona three weeks ago. He also made a great weekend start at the Waste Management Phoenix Open but ended up squandering a two-shot lead with two holes to go in the final round, then lost a playoff with Hideki Matsuyama. Fowler left in tears, upset he couldn’t win with his grandfather in the gallery. There are always questions about how a player will bounce back from a tough loss.

How did Fowler respond? He went out and got in some record-breaking practice. He went to work sharpening up his swing with his coach, Butch Harmon. And then he went out last week and set the course record at the Floridian near his South Florida home, shooting a 60 playing with Harmon and with LPGA pros Suzann Pettersen and Yani Tseng.

Fowler actually set course records in back-to-back days. He went out the day before that and put up the new low score on the redesigned Medalist, posting a 66 at another beast of a South Florida course. Medalist measures 7,571 yards from the tips with a slope of 155 and course rating of 77.9. According to Golf Digest’s rankings of the 75 Toughest Courses, Medalist ranks behind only Kiawah Island.

“Rickie is playing really, really well,” Garcia said. “So, I'm going to have to play extremely well to keep up with him. We'll see.”

Garcia and Fowler are pals. They played together in the first two rounds.

“We've always played well together,” Fowler said. “We hang out on and off the golf course, good buddies, and we enjoy playing together. I think we were able to feed off each other a bit and push each other.”

Fowler is looking to feed off the company of greatness this spring. He has been spending some special time with some special folks in South Florida. Fowler played 36 holes with former NBA great Michael Jordan on Tuesday and had dinner with Jack Nicklaus on Thursday as part of an American Ryder Cup dinner at the Nicklaus home.

If Fowler stays in the hunt this weekend, there’s a possibility Jordan could make an appearance on property.

“Maybe Sunday, because it’s his day off,” Fowler said of Jordan’s proclivity for playing 36 holes every day. “We play all the time, whenever we’re both home.”

At the Nicklaus gathering, Fowler said he enjoyed listening to Nicklaus talk about how he prepared for majors.

“He’s in a position now where he can kind of share that, and he’s not giving away any secrets,” Fowler  said.

What did Fowler take from that talk?

“I think some of it was just learning a little bit more of his prep work, kind of how he went about things, and then the confidence and belief that he had going into a tournament, once he had that preparation done,” Fowler said. “He knew he was ready to play on Thursday. And I feel like I've begun to learn a little bit more about what he's talking about the past couple years, where Thursday I'm ready to go and know what I'm bringing to the golf course, and know what I'm capable of.”

Fowler would relish leaving the Honda Classic with more confidence he’s capable of winning the Masters.