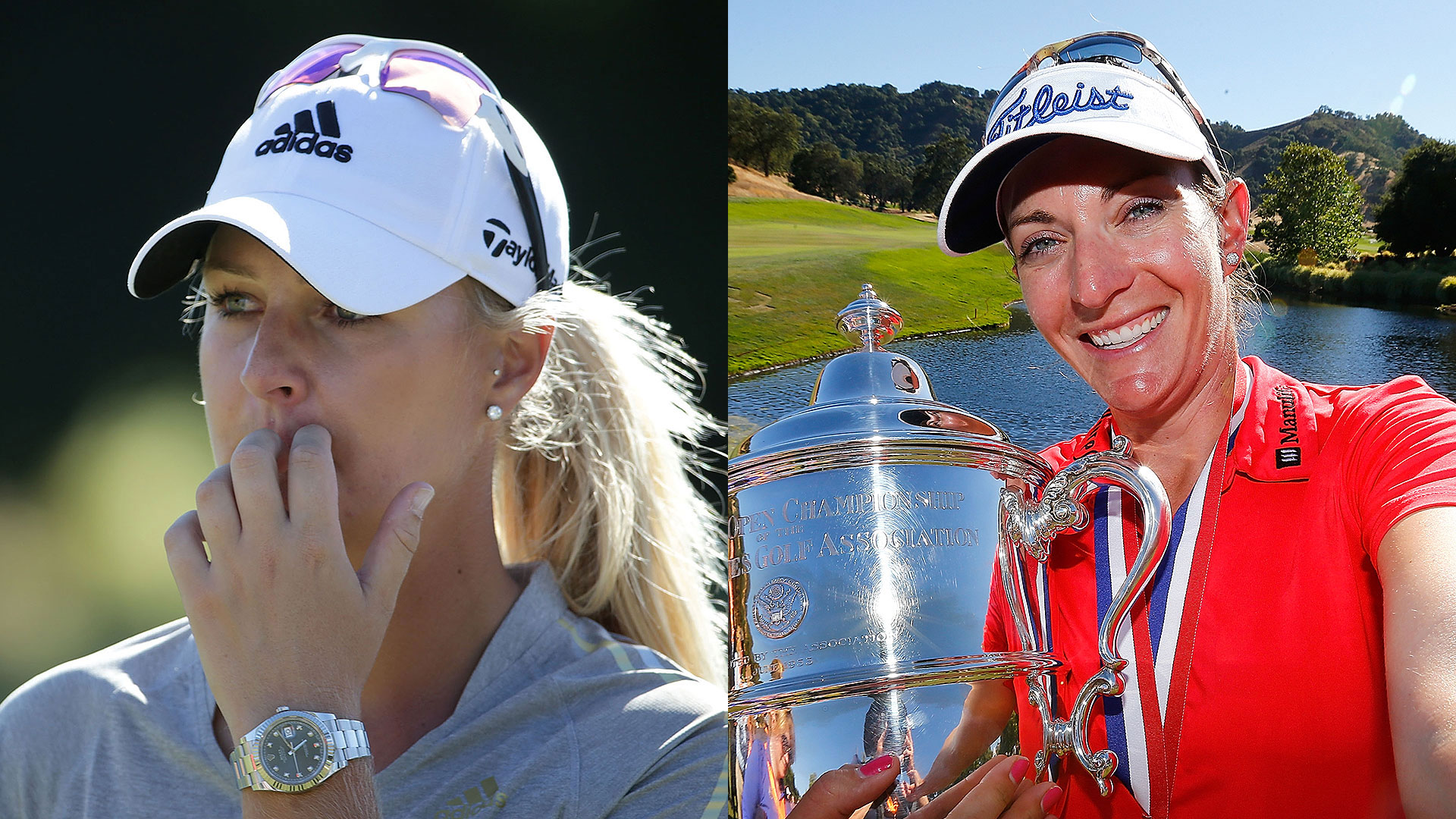 SAN MARTIN, Calif. – The USGA ought to bring in an exorcist.

The spirit of the game suddenly seems a cruel, wicked entity.

Or maybe a witch doctor is in order.

The U.S. Women’s Open appeared to end under a curse almost as dark as what plagued the U.S. Open last month.

Now is the summer of our discontent, made glorious winter by the cold heart of the Rules of Golf.

What in the name of Bobby Jones is happening to our national championships?

Brittany Lang emerged as the winner Sunday from a fog of confusion in yet another USGA-hosted event. She defeated Anna Nordqvist in a three-hole aggregate playoff to win the U.S. Women’s Open with fans gaping in dumbfounded wonderment over how another rules controversy could scar yet another national championship.

How disorienting was it all?

USGA president Diana Murphy introduced Brittany as Bethany in the trophy presentation, then kept referring to her as Bethany. It was cringeworthy to viewers who remembered Murphy’s strangely tongue-tied delivery at the U.S. Open trophy presentation, which ignited unflattering speculation in the Twitterverse.

Poor Brittany Lang, she deserved better than that finish, as did Dustin Johnson in his U.S. Open victory at Oakmont.

This was the moment of Lang’s golfing life, just as it was the pinnacle of Johnson’s career, but we couldn’t fully appreciate what either achieved with so many questions over video reviews of breaches swirling over their finishes.

“You never want to win with a penalty or something like that happening, especially to Anna, who is a friend of mine and a great player and a classy girl,” Lang said. “It's unfortunate. I still had to play pretty damn good golf to get up there. So, I’m really proud of myself.”

Lang was tough in every way you have to be to win a U.S. Women’s Open, her second LPGA title and her first major championship triumph.

In a nutshell, the controversy Sunday was over Nordqvist grazing a few grains of sand not visible to the naked eye as she pulled back a 5-iron in her takeaway while hitting a shot to the 17th green on the second playoff hole. She was in violation of Rule 13-4b. There was no disputing that once Fox showed a zoomed-in replay. You can’t ground your club in a bunker.

Sunday’s controversy at CordeValle Golf Club was yet again about the timing of the application of a penalty discovered in video review.

At the U.S. Open, the controversy was twofold. It was over whether Johnson violated Rule 18-2, whether he actually caused his ball to move a millimeter or so while over a putt at the fifth hole on Sunday at Oakmont. It was also over the USGA’s decision to inform Johnson at the 12th hole he might be penalized for a breach but the ruling would be delayed until he finished his round. The delay threw the championship into limbo, with players uncertain what Johnson’s score really was or if he actually led the championship at all.

At CordeValle Sunday, Nordqvist was informed of her breach after hitting her third shot into the 18th green at the third playoff hole. She was told there that she was getting a two-shot penalty. The controversy was over whether the USGA should have acted more quickly upon seeing the video evidence.

Nordqvist didn’t dispute the penalty, but she questioned why it took as long as it did to penalize her.

She hit the disputed shot while in a fairway bunker at the 17th and she was informed of the penalty after hitting her third shot into the 18th hole.

“It was quite a long time in between,” Nordqvist said. “With all the cameras and all the tension, you would figure that they would have told me just when it happened, or when we were walking up 17. And certainly not after I hit my third shot [at the 18th], and before Brittany hit her third shot.

“It certainly changed her game plan. But, hopefully, we can all learn from it and we can all get better.”

At week’s start, USGA senior manager director of competitions John Bodenhamer was asked how the Dustin Johnson fiasco would affect rulings at this U.S. Women’s Open.

“We will expedite our decision-making throughout the process, the rule-making, rule-decision process,” he said. “And we will communicate with players in a decisive manner.”

So that’s the real issue here.

There’s no question the USGA was more “expeditious” and more decisive with its Nordqvist ruling, but were officials expeditious enough? Did they still take too long applying the penalty, and did they do so in a way that gave Lang a competitive advantage?

The 18th is guarded by some trouble, with Sunday’s pin tucked hard against water at the front of the green.

Lang acknowledged hearing about the penalty led her to hit a safer shot. Initially, she said she thought she needed to make birdie and was going to attack the flagstick with a soft-landing lob wedge. After she was alerted to the penalty, she put away the lob wedge and hit a sand wedge to the middle of the green.

So should the USGA have acted more quickly? To be fair, there are extenuating circumstances.

Bodenhamer said he and senior director of rules Thomas Pagel were at the 17th green when they were informed that Fox TV had called to ask if any rules issue was detected with Nordqvist hitting her shot from the bunker at the 17th. They called a USGA staffer monitoring the broadcast. That staffer relayed that he watched the original Fox video three times, but nothing was detectable. Still, Bodenhamer and Pagel drove to the compound a few minutes away to see for themselves. Once there, Bodenhamer said Fox’s close-up video was available, which clearly showed the violation.

“We immediately notified the referee, who as quickly as he could notified Anna and Brittany,” Bodenhamer said. “That's the sequence of events.”

Why didn’t the USGA halt play when first informed there may be an issue?

“We wait until there’s conclusive evidence,” he said. “When we left for the compound, it wasn’t there.”

To be competitively fair, why didn’t they wait until Lang hit her third shot to tell her about Nordqvist’s penalty?

“Our decision was to ask our referee to inform both players as soon as possible,” he said.

The USGA can’t win in this summer of their discontent.

Even resolving to be more expeditious and decisive, the organization finds itself under assault.

Somebody call an exorcist, because apparently the Rules of Golf and Video Review needs some divine intervention to fix. 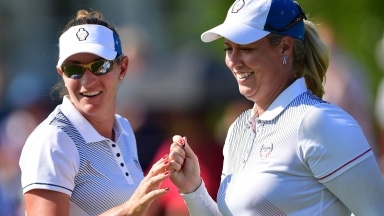 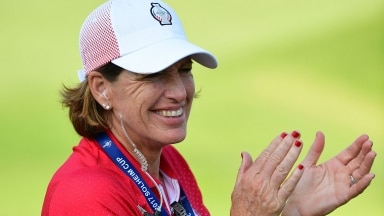