A green jacket and a white hat for Sergio 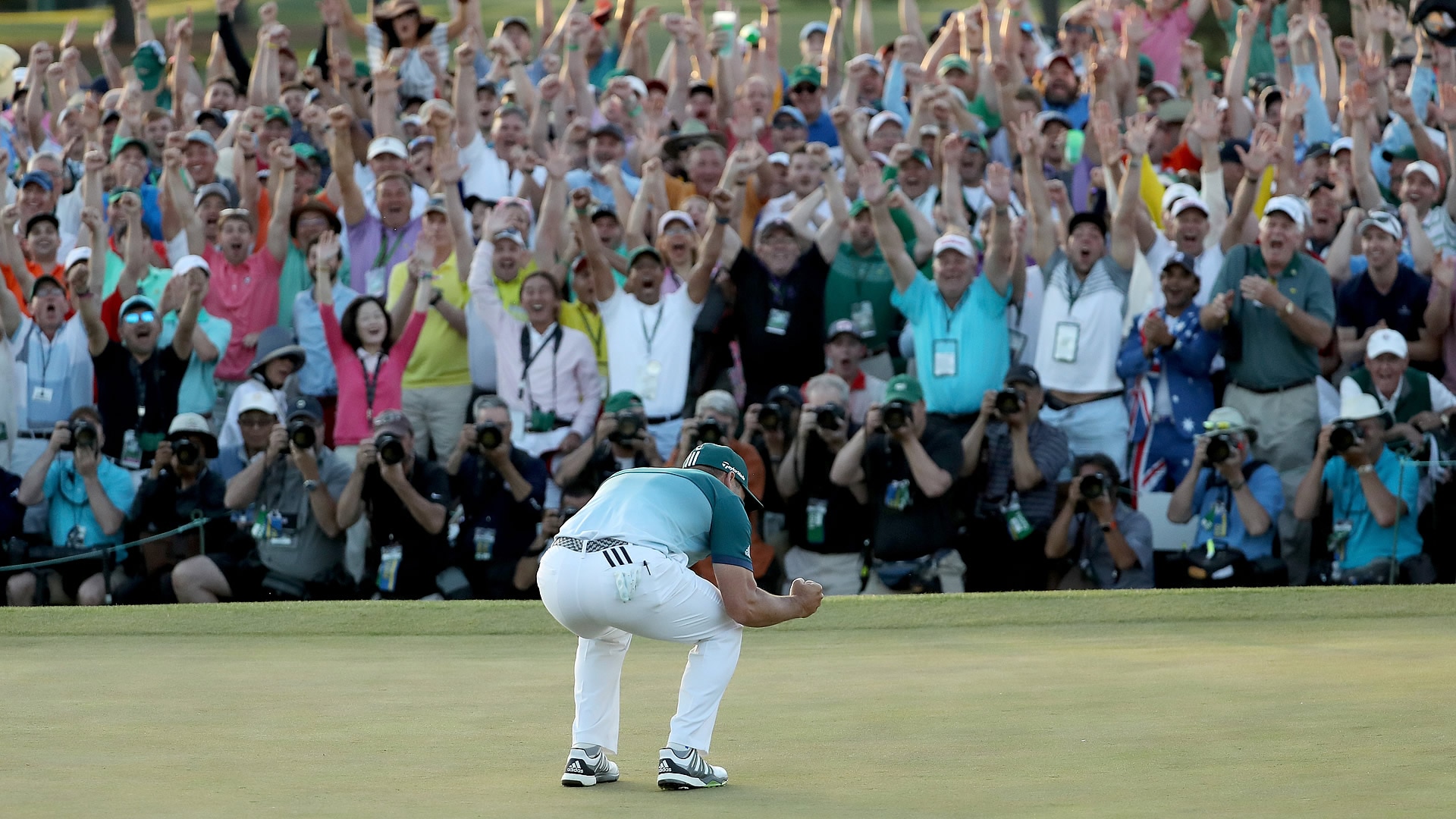 AUGUSTA, Ga. – Sergio Garcia pulled off one of the great upsets of the modern era Sunday at the Masters.

Yes, few folks outside Garcia’s inner circle believed he could actually win a major championship, much less a green jacket, with such a formidable history of painful losses stacked against him, but the nature of this upset was even more stunning than that.

Over four hours at Augusta National, Garcia won the hearts and minds of American golf fans.

That might have been more impossible for him to win than a major.

Garcia, 37, transformed before our very eyes Sunday, making the improbable journey from villain to hero with every step in his final-round odyssey.

Justin Rose could feel it before he headed back to the 18th tee with Garcia for their playoff. He could feel it building down the stretch. With every setback overcome, Garcia won admiration and respect.

“Obviously, people felt strongly that it was his time,” Rose said.

Garcia felt it, too.

“This week was just amazing,” Garcia told the gathering at the green jacket ceremony. “I felt like I was back in Spain.”

For too long, Garcia was the whiny brat American golf fans loved to provoke. Garcia created a lot of his own problems. He was easy to bait.

If you’ve followed Garcia since his emergence as the teen phenom who challenged Tiger Woods at the ’99 PGA Championship at Medinah, you know the history. You know about the time he spit into the cup on the 13th hole at Doral after making a bogey. You know about the meltdown when he kicked a sign and threw one of his shoes in a tantrum over a ruling in a European Tour event. And the time he caught himself as he started to flip his middle finger at fans taunting him over the number of times he was waggling his club at the U.S. Open at Bethpage Black.

There were whiny complaints about the USGA favoring Tiger Woods in weather suspensions in that same U.S. Open, about how the golf gods were against him when he lost The Open at Carnoustie. And there have been his personal issues with Woods and Padraig Harrington ...

The thing is, Garcia’s transformation didn’t really happen over four hours Sunday. Rose and others who know him have seen the change for a long time now. They’ve seen Garcia become more accountable for his lot in life. They’ve seen the work he’s doing.

“It’s good for Sergio,” Rose said. “Often, he feels like he's not supported the way he would like to be here in America, and it was encouraging to see the crowd get behind him. I think that they realized that he paid his dues, and they realized that he's been close so many times.”

Garcia gets heckled as much as any player in the game. Just a month ago, Honda Classic fans in the Bear Trap’s 17th hole heaped abuse on him.

Garcia, who is engaged to be married in July, didn’t like the crack, but he didn’t retaliate.

Two years ago, he was hounded by hecklers at The Players Championship, when he battled Rickie Fowler down the stretch. Garcia handled the verbal assault with total class. He was a model of restraint and grace under fire.

Yeah, Garcia has a history, but there’s a lot to admire in how far he has come, in what he’s overcoming in himself.

Garcia is engaged to an American, Angela Akins. He says she is part of the “good help” working on him.

“Good help is everybody around me that is making me not only a better golfer but a better person,” Garcia said. “It’s not easy, because I know how much of a hard‑headed man I can be sometimes, but it's been great.

“The most positive thing is that I feel like I have so much room for improvement. I'm excited.  Obviously, I'm 37, I'm not 22 or 25 anymore, but I feel I still have a lot of great years in me. And I'm excited for those.”

“I think he's going to have a happy summer,” Rose said. “I think we've always known that Sergio is an emotional kind of guy on and off the golf course, and when it's all clicking, he's one of the best in the world. I think that it is going to set up just a really, really happy and wonderful year for him.”