As Hall of Fame door opens up, so does Park 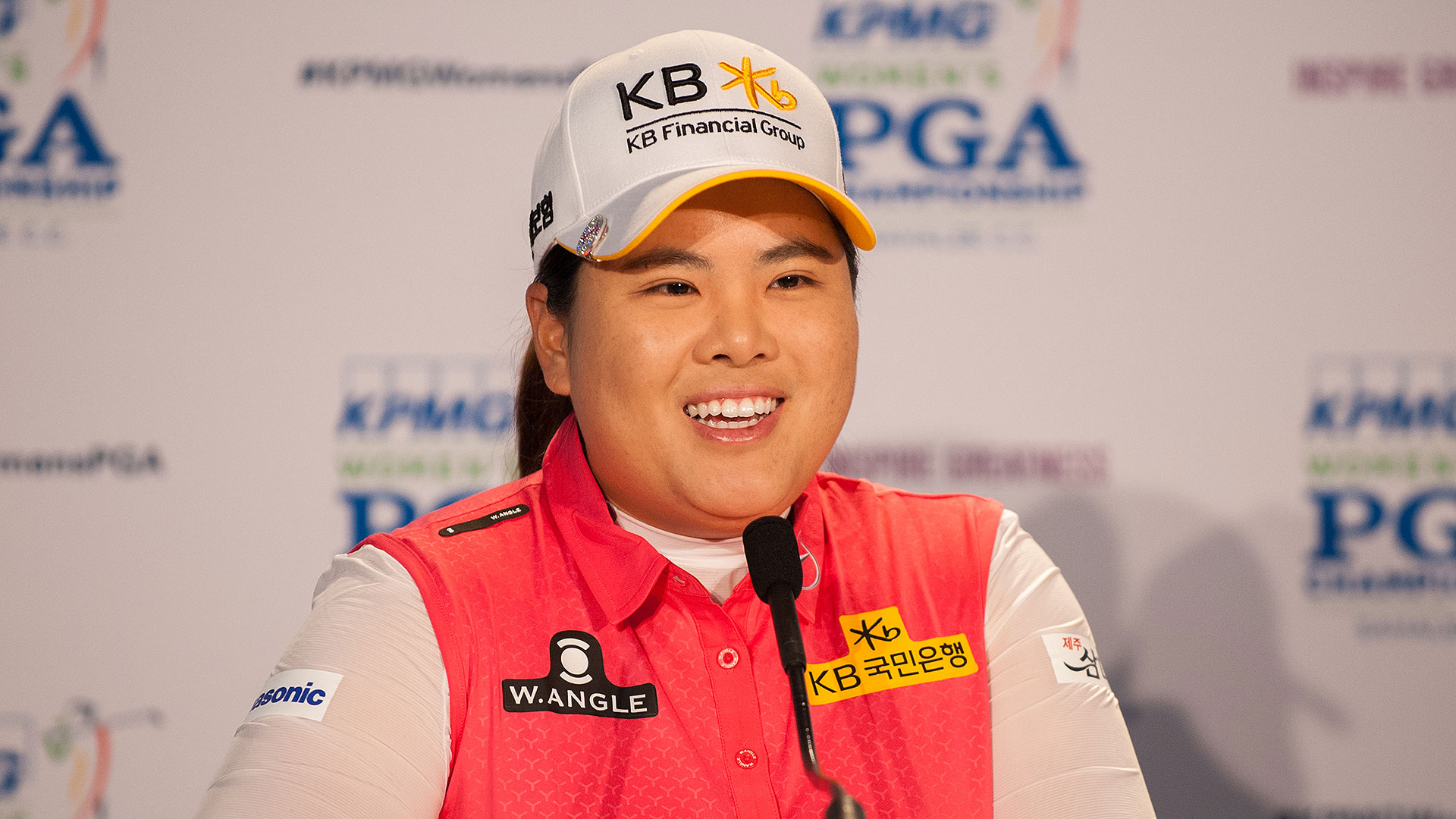 SAMMAMISH, Wash. – Inbee Park says her final putt to complete Thursday’s first round of the KPMG Women’s PGA Championship may be the most thrilling of her career.

When that last putt drops, she will officially become a member of the most difficult Hall of Fame to qualify for in sports.

She will be an LPGA Hall of Famer.

“I really can’t imagine myself walking up to 18 and just actually waiting for that last putt,” Park said. “It’s going to feel so much better than maybe a championship putt.”

The big question is whether Park can play through the pain in her left thumb to get to that last putt and actually qualify for the Hall of Fame. While she met the 27-point requirement for induction late last year, she still has to meet the tour’s 10-year membership requirement. She needs to make her 10th start this year to do so and she must finish the round to do that on Thursday.

Park has exemplified class in her 10-year career, and qualifying for induction ought to be a glorious affair. She deserves that.

That’s the potentially difficult deal with the way Thursday is setting up, because nobody should want to see Park struggling to reach the finish line. Leave it to Park, though, to put everyone’s mind at ease with her sophisticated perspective. Even if Thursday’s tough, even if the thumb makes her march to the finish line agonizing, she says there will be something fitting in that. She says there will be poetry even in that, because if we’re going to celebrate the entire scope of her career, we’ll see there was a lot of pain and heartache that had to be overcome to get to the Hall of Fame’s front door. In fact, there’s probably been more pain than glory in every Hall of Famer’s career.

“Playing good golf is Inbee Park, and playing bad golf is also me,” Park said. “I'm thankful for every moment that I had the last 10 years, whether it's a struggle, whether it's successful moments. And that's why I'm here. Maybe this is happening for a reason. I really do believe that everything happens for a reason.

“If I was just successful all the way through from the start of my career, and if I didn't have any obstacles or hard tests, I probably wouldn't appreciate where I am right now.”

Park, 27, knows all the questions swirling about her won’t end even after she makes that last putt Thursday and becomes just the 24th player to make it into the LPGA Hall of Fame.

Where does she go next? Will the inflammation in the ligament and tendon of her left thumb allow her to compete for a gold medal in this summer’s Olympics? Or will the injury force her to shut down her game and get the rest she needs, or the medical treatment she needs? Will her desire to start a family lead her to leave the game entirely?

Park addressed all of that in the best way she could, with the class she has always exhibited in the face of the hardest questions.

Park said she will play as long she’s happy doing so.

About wanting to start a family . . .

“Obviously, I'd like to have a family, probably within three years or so,” she said. “And after that, I'm not sure if I'm going to play professionally, or whether I'm going to just retire. That, I don't know.”

About how her thumb is holding up after causing her to withdraw after posting a career-high 84 in her last start two weeks ago . . .

“Over the last week or last 10 days, I definitely felt some improvement,” Park said. “I don't feel as much pain as before. I can see improvement and that’s really important.”

On whether she can make a run at becoming the first woman to win the same major championship four consecutive years . . .

“I wasn't going to miss this opportunity, no matter what,” Park said. “It's hard, because I've seen my scores, and I've seen where my balls were going the last month or two. I know there is pain, and I know it's not easy, but you've just got to overcome that challenge. I'm not going to die because of the thumb pain. That's the good news.”

On whether she thinks she can recover from the injury and compete in the Olympics in August . . .

“If it was, like, two weeks ago, I would say I probably can't play,” Park said. “But right now, I think I definitely have a chance to play . . . , It's just hard, because it's still two months away and I just don't know what my thumb is going to do until then. It's hard because it's for the country. It's not for individual, same as UL International Crown that we're going to have next month. If I'm not at my full condition, I kind of feel like I need to give a chance to somebody else who can perform so much better than me at the moment.”

It’s human nature to wonder where Park goes next, but that really shouldn’t be what Thursday’s about. It isn’t about the questions that will linger. It’s about celebrating the answers she has already so magnificently provided in earning her way into the LPGA Hall of Fame.

“It just feels surreal,” Park said. “I really, truly, feel honored that I get to put my name among the greatest players in the world.”