A. Jutanugarn in the driver's seat at Shoal Creek 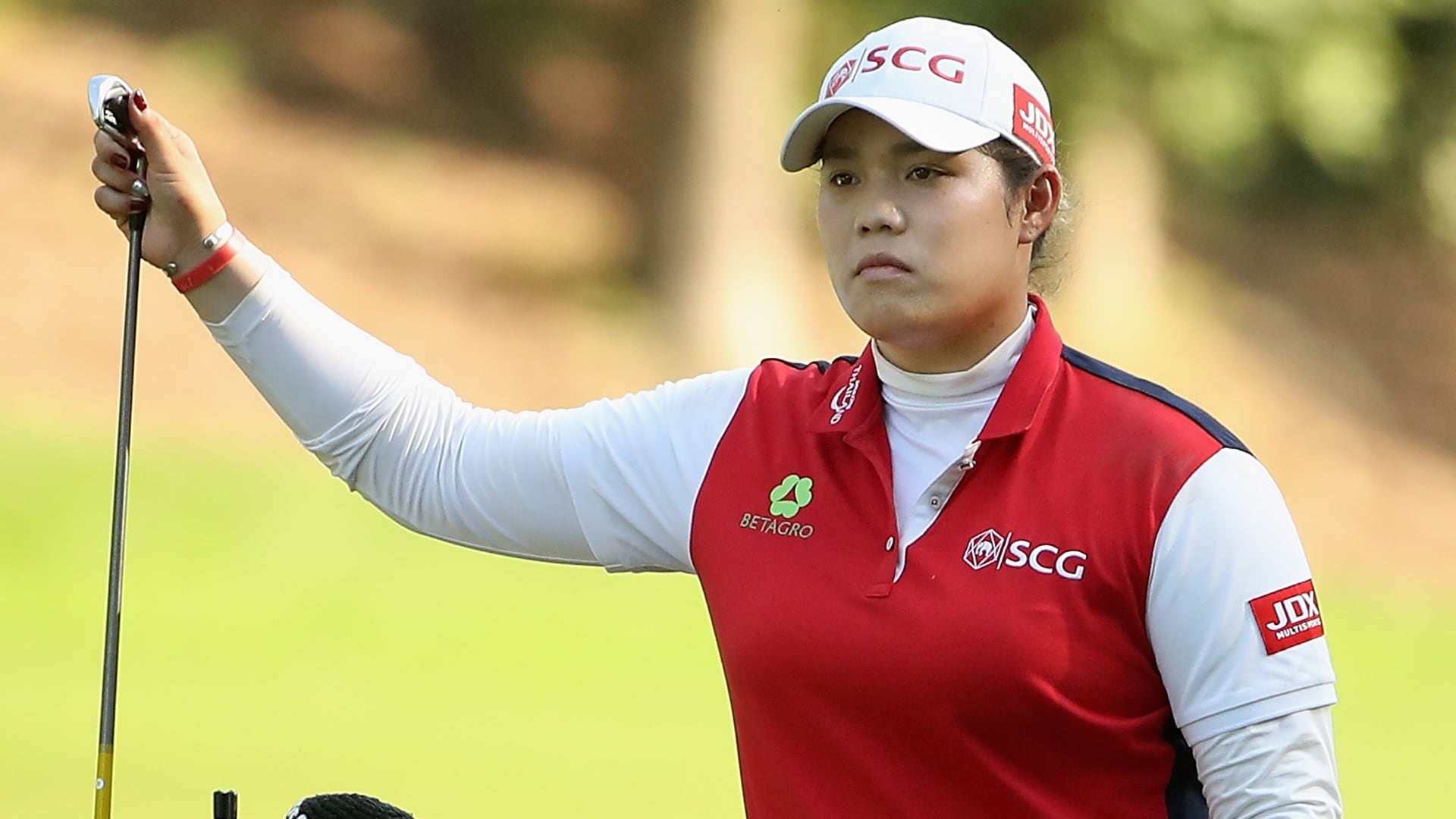 BIRMINGHAM, Ala. – The skies are darkening over Shoal Creek again.

The lightning bolts she threw at players Saturday were as unsettling as any of the real ones that have cracked around them this week.

Jutanugarn is pouring it on her fellow competitors in ways that make Sunday’s outcome feel almost as inescapable as Subtropical Storm Alberto’s passing was earlier this week.

With a 5-under-par 67, Jutanugarn moved into a position this field ought to dread. She is atop the leaderboard. She has closed the door with a victory the last seven times she has held or shared the 54-hole lead in an LPGA event.

At 12 under overall, Jutanugarn is four shots ahead of Sarah Jane Smith (74) and six ahead of Hyo Joo Kim (68).

Jutanugarn said her aim playing 28 holes Saturday wasn’t to put up a certain number. She said she wanted to be proud of herself, of the effort.

“Fight every shot,” she said.

Jutanugarn, 22, has shown she can go on dominating runs. She won three events in a row in the month of May two years ago. She seems to be gathering that kind of momentum again. She won the Kingsmill Championship two weeks ago. She hasn’t finished worse than T-7 in her last four starts. She has nine top-10 finishes in her last 12 starts.

“She's a spectacular player, obviously,” Smith said. “Her length is just one part of her game. Her short game is impeccable. She rolls the ball beautifully. She's just the whole package. It was fun to watch her today.”

The week didn’t start the way Jutanugarn planned. Her golf clubs didn’t show up with her Monday when her plane landed in Birmingham, so she didn’t play the course. She said she binge watched Thai dramas, instead. Rain wiped out Tuesday’s practice round after her clubs arrived. She got just nine holes in on Wednesday because of morning rain.

Her immense talent is trumping it all.

Jutanugarn awakened at 4 a.m. Saturday to finish up 10 holes of her suspended second round. She was four shots behind Smith when the day dawned, and she pulled within three by the end of the second round, but she wasn’t happy with that. She said she felt uncomfortable.

Ariya could feel herself pressing, trying too hard to make something happen.

“My caddie helped me,” Jutanugarn said.

Les Luark pulled her aside early in the third round.

“She was tense, so we had a little chat,” Luark said.

What did he say?

“Control what you can control, your attitude,” he told her. “The person who controls that the best is going to be the happiest at the end of the day tomorrow.”

Jutanugarn moved into a tie for the lead when Smith’s run of consecutive pars ended with a bogey at the eighth. She took the outright lead when Smith bogeyed the ninth. She took command with the 4-iron she hit into the 11th green, a target guarded on three sides by water. From 198 yards, she thought about hitting 5-iron, but swirling winds made her reconsider.

“We had to play as if it were into the wind,” Luark said.

Jutanugarn hit the shot to 15 feet, leaving the eagle putt short but tapping in for birdie to go up by two. She eventually built her lead to five before dropping a shot at the 16th.

Afterward, Jutanugarn was asked how she would sleep on a four-shot lead.

“I think I'm going to sleep pretty well,” she said. “I didn't sleep much last night, and I'm so tired right now.”