Ko succeeds in winning and losing 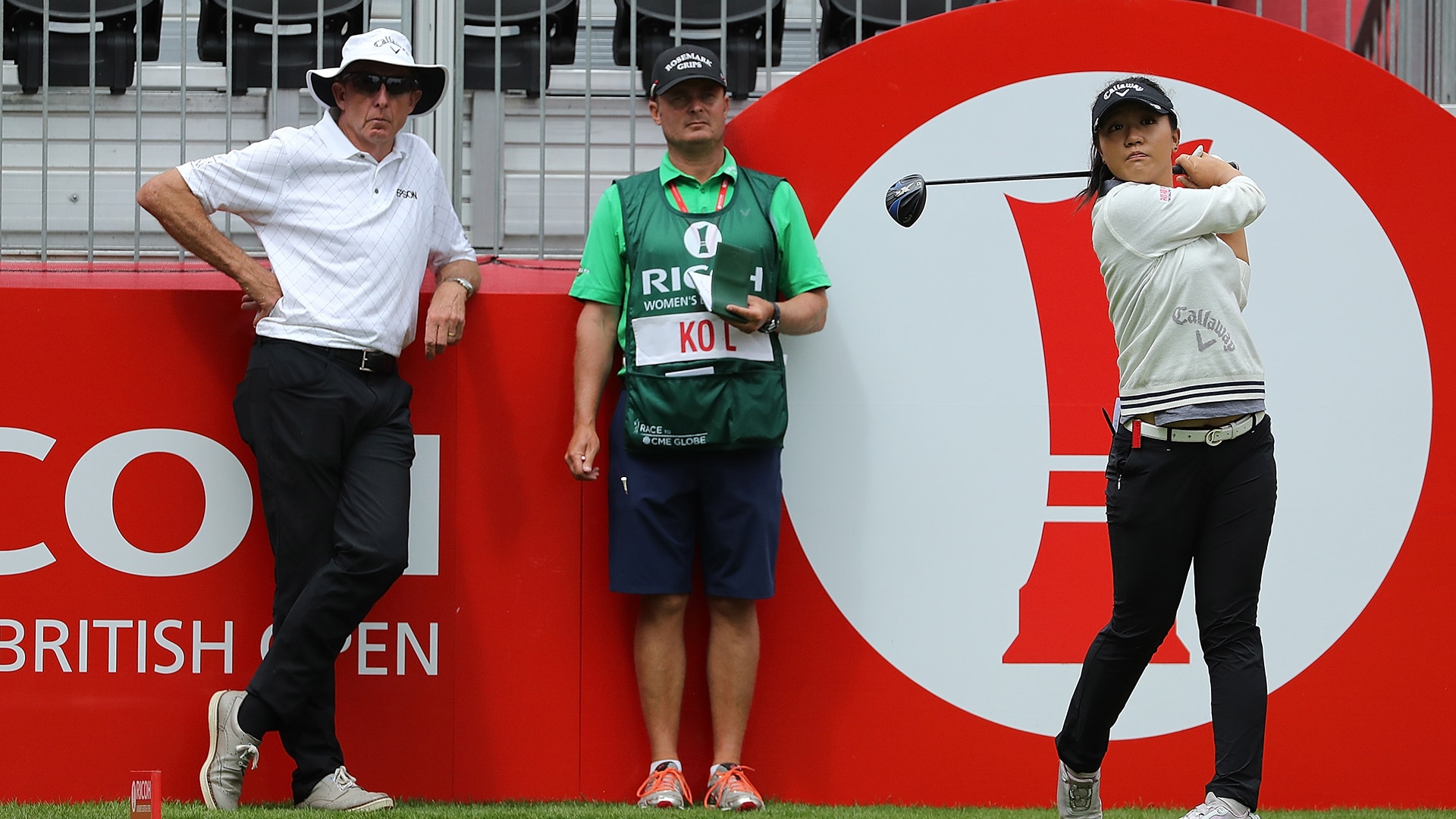 WOBURN, England – Lydia Ko can wear a trophy as if it’s an accessory.

She really knows how to tote sterling silver cups and other prizes.

But she wears black and blue well, too.

At 19, with a staggering 14 LPGA titles, two of them majors, Ko doesn’t really have any competitive scars, but she has sported her share of bruises.

This remarkable journey she is on as she prepares for this week’s Ricoh Women’s British Open hasn’t been without its share of hard blows in tough losses.

Nobody in contention as often as she is today rebounds as quickly or effectively.

Ko has won five times around the world this season, rebounding from some gut-wrenching losses on her way to each of them.

At the LPGA season opener, Ko blew a share of the final-round lead at the Coates Golf Championship, unraveling as Ha Na Jang pulled away from her. Jang later said that Ko began encouraging her, cheering her on even as Ko slipped back in the pack.

Ko won her next start at the New Zealand Women’s Open.

At the Women’s Australian Open in February, Ko blitzed the difficult Grange Golf Club in the final round, shooting 67, but Haru Nomura played better, shooting 65 to win their duel. Ko hung around after her hard charge came up short and giddily helped douse Nomura in a celebratory shower on the 18th green.

A month later, Ko won the Kia Classic and the ANA Inspiration in back-to-back starts.

At the KPMG Women’s PGA Championship in early June, Ko took the 54-hole lead into the final round in a bid to win her third consecutive major, but Brooke Henderson chased her down, catching her in regulation and beating her in a playoff.

At the U.S. Women’s Open last month, Ko took yet another 54-hole lead into the final round, but she squandered it after chunking a shot from deep rough into a hazard midway through her round.

In Ko’s very next start, she won the Marathon Classic.

What’s her secret to rebounding?

“I think you just can’t punish yourself so much about those bad ones,” Ko said. “You’ve got to think, 'Hey, what have I learned from this?'

“I feel like every failure, every loss, there's meaning at the end of it. You're always learning from it. Even if you do win, I always feel like at the end of the week, there is a key thing that I learn from my game, or that I learned more about myself, or I learned more about advantages or disadvantages and things I need to work on. I always say every day is a new day. Every round is a new round.”

David Leadbetter, Ko’s swing coach, went to dinner with Lydia after that season opening loss at the Coates, where she faltered in the final pairing.

“You wouldn’t even have known she lost,” Leadbetter said of the dinner conversation. “She didn’t really talk about losing. She didn’t dwell on it. She doesn’t beat herself up when things don’t go her way. She recognizes other players work hard, too, and she understands she isn’t going to be perfect.”

Leadbetter says Ko has the ability to move on quickly, to process a loss in the healthiest way possible.

“She has the perfect temperament for this game,” Leadbetter said. “She plays with joy, a genuine joy for the game.”

“When you watch her play, it's almost as if there really isn't any pressure,” Stupples said. “She just seems to enjoy the moment and just enjoys playing golf no matter whether it's for the win or for the loss. She's just playing to the best that she can possibly play for.

“She’s a psychologist’s dream. How she talks, it’s exactly how a sports psychologist talks to players, and she does it very naturally.”

“She’s excellent at not looking back,” Rankin said.

“Absolutely nothing seems to faze her and her positive attitude toward the game,” Foltz said.