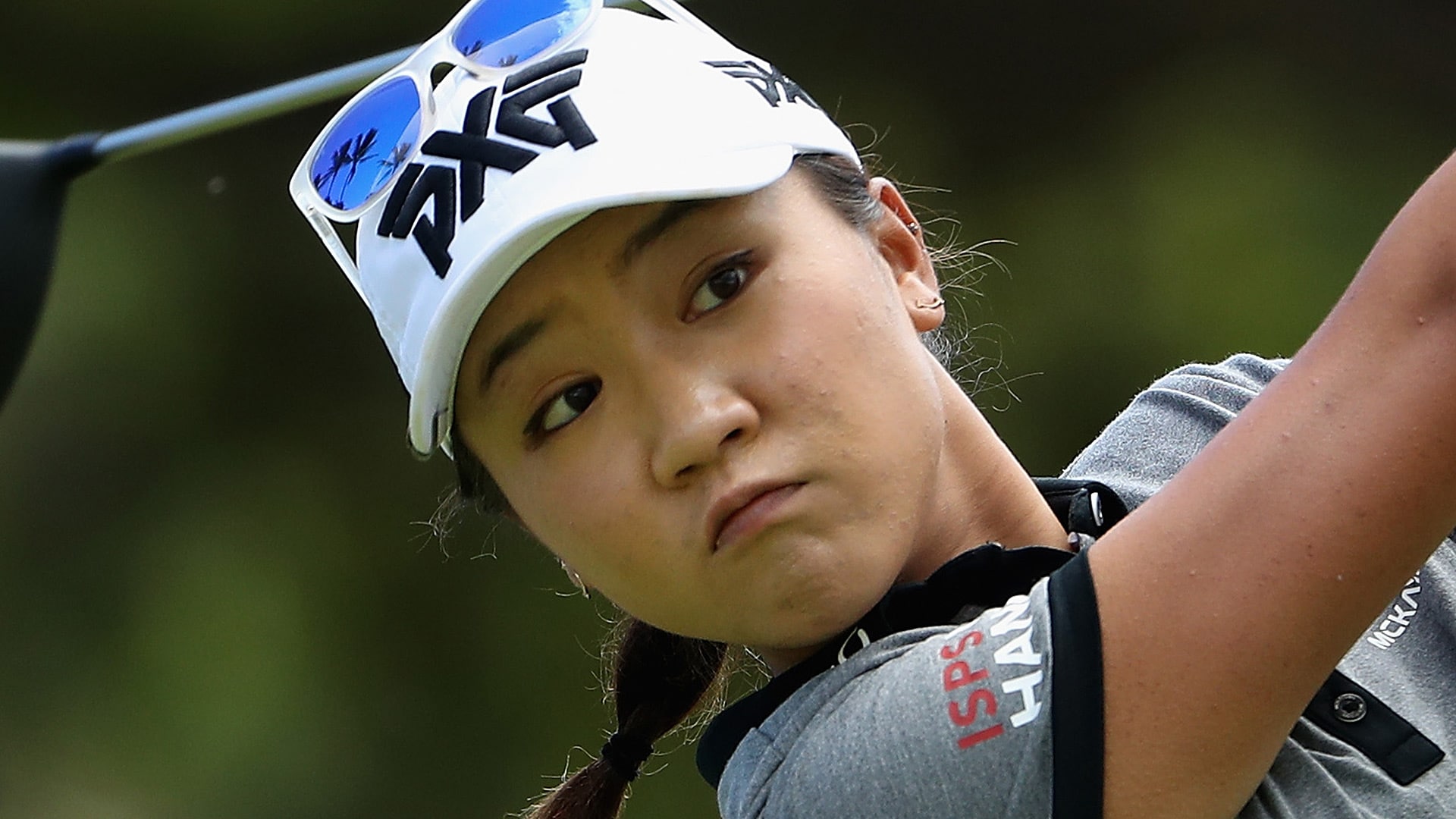 Ariya Jutanugarn is coming off a five-victory season as the LPGA Player of the Year.

So Yeon Ryu won the first major championship of the year and leads the LPGA in money winnings, scoring, greens in regulation and Rolex Player of the Year points.

Nobody, though, has taken charge of the year. In fact, Ko and Jutanugarn are looking for their first victories of 2017.

That is the year’s early storyline going into this week’s Kingsmill Championship.

Through 10 LPGA events, there have been 10 different winners.

While that doesn’t seem so unusual, it is.

That’s the longest stretch the LPGA has gone opening a season without a multiple winner in 26 years, since 1991, when 15 different winners won the first 15 events of the year.

“It just shows that week in and week out, you really never know who is going to win,” Ko said.

Ko has won at least three times in each of her first three full seasons on tour.

“The amount of talent on tour is huge,” Ko said. “You can see that through, obviously, all our winners this year, and when you see, at the end the year, the first-time winners, eight, nine new winners, you go, `Wow, it's not just about three players. It’s not just about the big three. It's about the whole tour.’

“I think that's great for the game. It's a lot of players from different countries, from the United States, Canada, Asia, Europe, Australia, New Zealand. It gets a lot of people into the game.”

Cristie Kerr had a chance to become the first multiple winner of the year at the Volunteers of America North Texas Shootout three weeks ago, but lost a sudden-death playoff there to Haru Nomura on the sixth extra hole.

“When I first came out, there might have been 20 or 30 girls that could win,” Kerr said. “Now, everybody can win on a given week.”

Ko, who turned 20 last month, has already won 14 LPGA titles in her career, but she’s seeking her first victory in 10 months, since she won the Marathon Classic last July.

In a year of transition, Ko seeks her first victory with her new coach (Gary Gilchrist), her new equipment (PXG) and her newest caddie (Peter Godfrey). She says she feels good about where they’re all helping her go.

“The weeks that I've had top 10s, I've hit the ball really well but I was struggling on the greens,” Ko said. “But then in Hawaii, I was able to get a few putts to go in on the weekend. I think that was a huge difference for me getting the best results I had since my last win at the Marathon Classic.”

Ko tied for second at the Lotte Championship in Hawaii last month, her best finish in 2017.

“Hopefully, I will be able to get a few more things to click,” Ko said. “At the end of the day, I don't feel like it's way off. It's just a few putts, that are sliding by, for them to drop, and a few more fairways hit. It's very small, but at the end of week they end up being a big difference, between a top-10 finish or being in contention, or being outside of the top 10.”

Jutanugarn also is seeking her first victory of the year, her first in almost nine months.

Ryu won the ANA Inspiration, the year’s first major. It catapulted her into the mix for the Rolex world No. 1 ranking, which finally feels within reach for anyone outside Ko, who has held the top spot for the last 18 months.

Just .249 points separate the top three in the world rankings.

Any of the three could walk away with the No. 1 ranking come Sunday evening.

“I don't really look at the rankings myself,” Ko said. “I don't go in my spare time and look, `Hey, what position am I in?’ I kind of know these things through media and when people tell me, `Hey it's getting close. It could change this week.’

“It's been a huge honor to be in this position. It's always been a dream of mine to be the No. 1-ranked player. For it to have happened so early, it's something I'm very fortunate about.”

Ko knows what the increasing depth of talent means.

“I know I need to work hard, and I need that performance, to try and maintain it,” Ko said. “I’ve just got to focus on the round, the shot in front of me, and not get too carried away about the results and the rankings. Just got to focus on me. I think that's the important thing going forward.”

Ko would love to make it 11 different winners in 11 events come Sunday evening in Kingsmill.