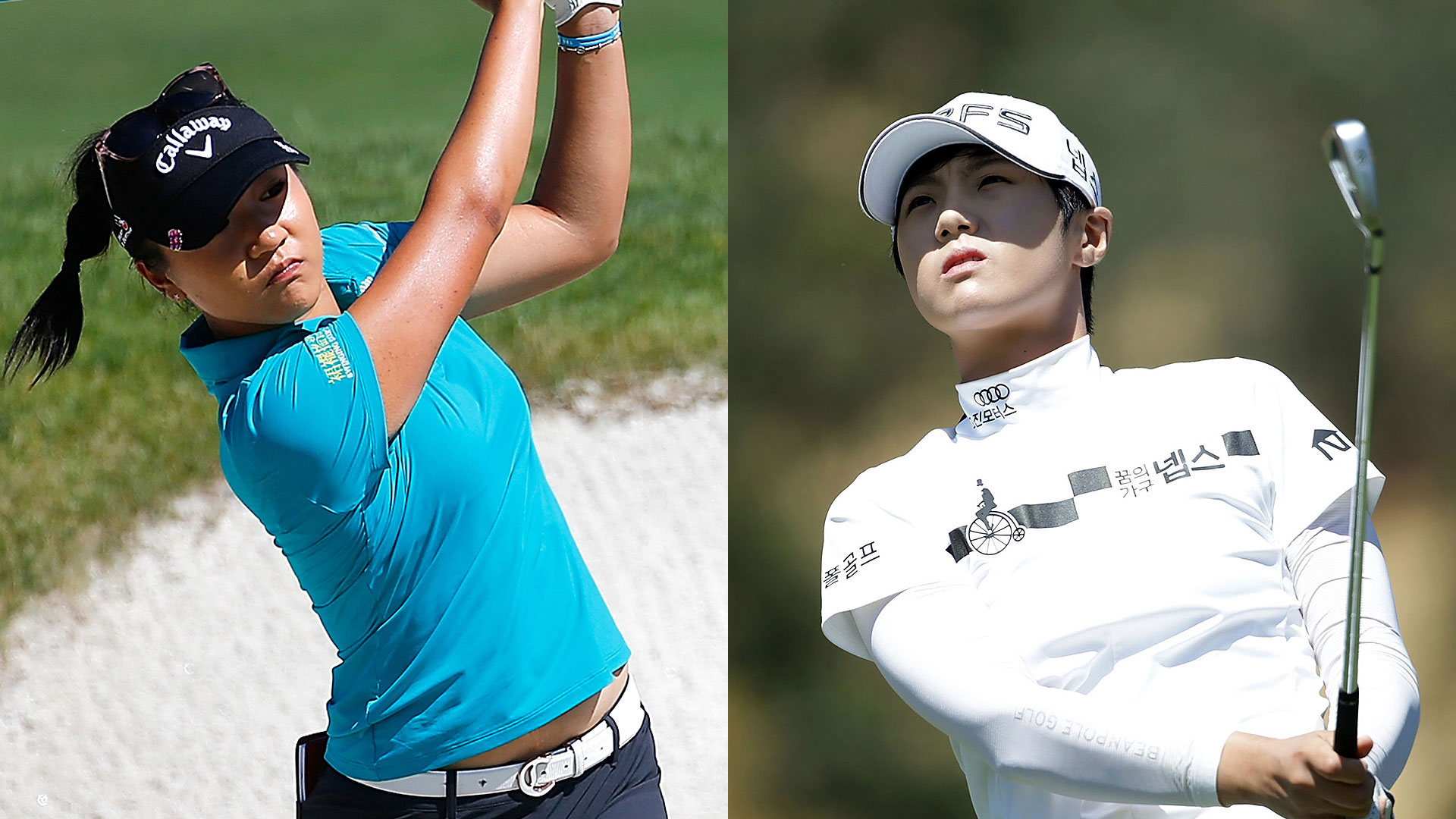 She was chasing the moment she set foot at CordeValle Golf Club, long before she hit her first tee shot.

As the Rolex world No. 1, Ko may be the favorite just about every time she tees it up, but not this week, not at a U.S. Women’s Open.

The South Koreans have become the players to beat at this event, and so it’s no surprise that it's setting up that way yet again going into this weekend.

Ko rebounded Friday from her sluggish start with a 6-under-par 66, vaulting her up the leaderboard. She went from T-52 at day’s start to a tie for fourth place, three shots back.

All three players ahead of Ko are South Koreans.

Sung Hyun Park went out Friday and shot 66 to move into the lead at 8-under overall.

She’s two shots ahead of both Amy Yang (71) - twice a runner up in this championship, including last year, when she lost out to In Gee Chun - and Mirim Lee (74), who was the first round leader after opening with a 64.

The South Koreans are the most dominant force in women’s golf, and there’s something about the U.S. Women’s Open that brings out the very best in them.

Se Ri Pak - who bid farewell Friday, playing her 19th and final U.S. Women’s Open - is responsible for turning this championship into the stage Koreans have best used to introduce themselves to the world. Pak missed the cut but left this stage in good hands with young stars continuing through the door she opened.

And now here comes Sung Hyun Park, a budding star on the Korean LPGA Tour who Americans don’t know much about.

Ko knows her, though. So does Lexi Thompson.

Park, 22, got their attention at the KEB Hana Bank Championship in South Korea last fall when she shot 62 in the first round of her first LPGA event. She did so in spectacular fashion, striping tee shots past the big-hitting Thompson, who won the event but left with a lasting impression of the young Korean star.

Ko tied for fourth that week, two shots behind Thompson and a shot behind Park.

Ko won honors in the week’s marquee grouping, outplaying world No. 2 Brooke Henderson and No. 4 Thompson on both days. Henderson (71) and Thompson (73) both made the cut by a shot. Ko is eight shots better than each of them through two days.

“It was a really cool group,” Ko said. “I was super excited for this pairing.

Ko, 19, is seeking to win a tour-best fourth title this year and to her third major in the last four played. She won the Evian Championship at the end of last year to become the youngest winner of a major at 18 years, 4 months and 20 days old and then took this year’s first major, the ANA Inspiration.

“This would be one of the highest tournaments to win,” Ko said. “This is the biggest championship in the U.S. It would be a tournament that I would love to win. It takes a lot of great golf, a lot of patience to win this championship, but there’s a lot of golf to be played. So I don't really want to get ahead of myself.”

Henderson, 18, said she relished playing in a marquee grouping but she had to remind herself there were a lot of other strong players to beat this week.

“It’s a lot of fun, to be in that position,” Henderson said. “It was really cool, playing with two of the best players in the world, the No. 1 player in the world. It’s always a lot of fun to be in that position, to have the cameras, to have the attention. It always makes golf a lot more fun when you have a lot of people cheering for you and following along, but you definitely have to remember there are 155 other players good enough to be here, quality players. Maybe I thought I was a little too good. I don’t know what happened the last couple of days. I kind of got a reality check.”

Henderson wasn’t sure she would make the cut when she signed her scorecard but like Thompson was optimistic.

“Hopefully, I’ll have two more rounds of golf to redeem myself.”