Korea, U.S. could play way into rivals at Crown 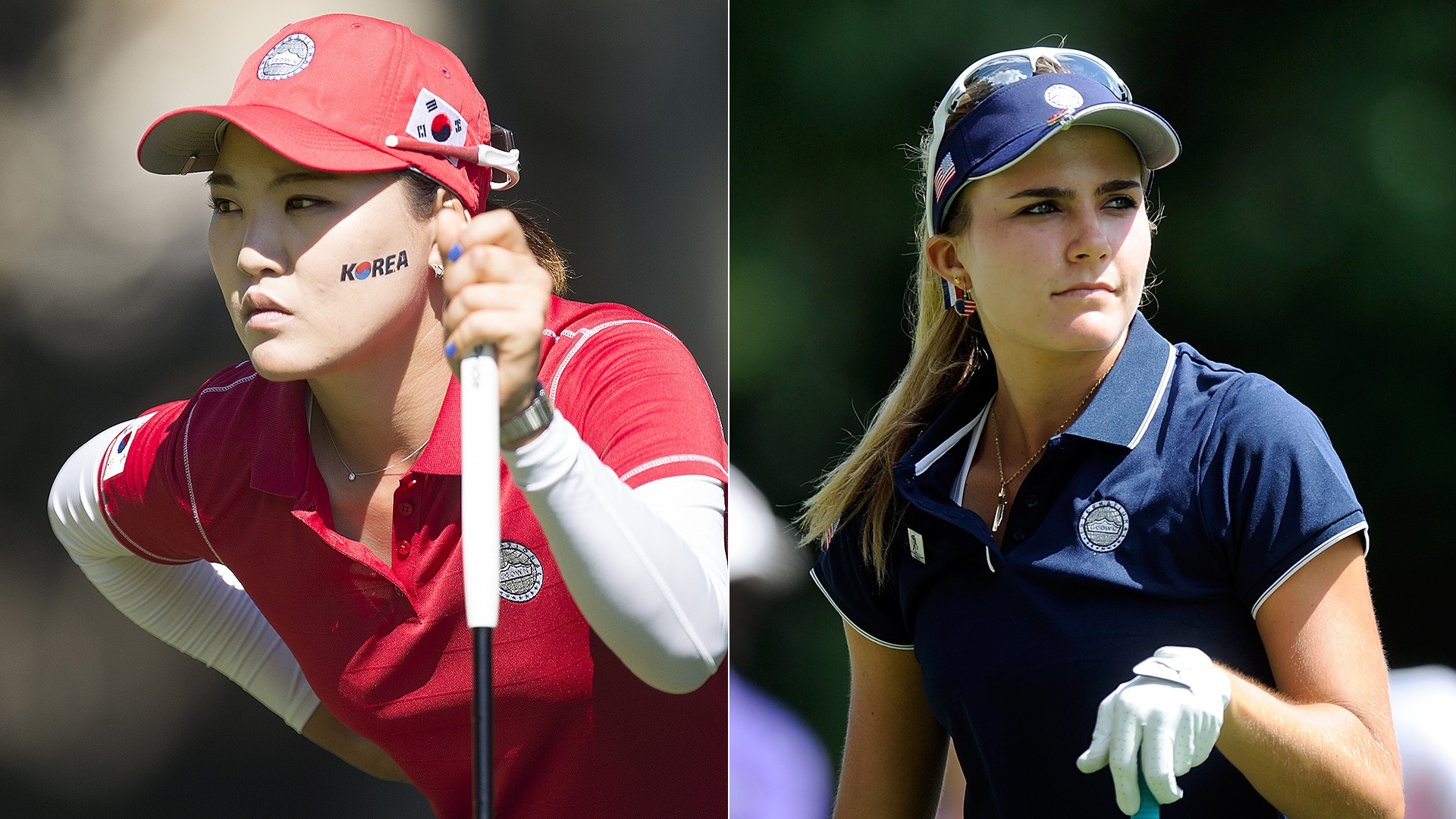 GURNEE, Ill. – When the South Koreans knocked the Americans out of the inaugural UL International Crown two years ago, television sets were practically overheating in Korea.

It was around 7:00 on a Sunday morning in Seoul when So Yeon Ryu made birdie on the first playoff hole to eliminate the Americans and grab the wild-card berth into the final round of singles play.

“It was the highest rated LPGA telecast of that year in Korea, by far,” said Sean Pyun, the LPGA’s managing director of international business affairs. “And that window when the Koreans and Americans were in the playoff, that was the peak moment of the ratings.”

That’s saying something, because LPGA TV ratings in Korea are through the roof anyway. They average more than twice the ratings PGA Tour events get in Korea, according to the LPGA’s Nielsen Repucom reports.

A not-so-funny thing happened, though, in the middle of the Korean-American playoff.

The International Crown’s special television feed to South Korea failed after all the players had struck their second shots in the playoff. It caused a furor among the legion of women’s golf fans in Korea burning to see how the playoff would end. JTBC Golf, the home of the LPGA in Korea, was inundated with queries from frustrated fans.

“There were so many complaints coming through the JTBC Golf website, the site crashed,” Pyun said.

The feed didn’t go back up until the playoff was over.

The Korean-American playoff showdown wasn’t even for the International Crown title. It was just to see who advanced from pool play, and yet it still drew the largest LPGA ratings of the year in Korea. It was no coincidence the peak came with the Koreans taking on the Americans, the No. 1 seed in that inaugural year.

With the UL International Crown fueled by nationalistic passions, the Koreans and Americans seem like natural rivals in this format. They’re No. 1-2 seeds again this year, with the Koreans displacing the Americans as the top seed this time.

The Koreans and Americans seem most capable of driving interest in this new event to another level with yet another showdown, this time for the title, but those storylines can’t be forced. It will take more to build the history rivalries require. It will take more head-to-head drama to create a legitimate rivalry in an eight-team event where match play makes everyone dangerous.

And here’s the thing, the Koreans and Americans don’t even see themselves as rivals.

“I don't think there's a rivalry there, no,” said American Stacy Lewis. “I don't feel like we're trying to keep up with them or do anything. What they're doing is pretty amazing. To have so many players in the top 15 in the world that even with Inbee [Park] out, the next option is really pretty good. It's amazing what the Korean team is doing and how well they play.”

Cristie Kerr says she doesn’t see Korea as rivals, either.

“It’s more like we’re just trying to keep up with the numbers they have if you look at the world rankings,” Kerr said.

There are 70 American LPGA members this year to 34 South Koreans. But the interest in those 34 Koreans is intense back in Korea.

Ryu said when she checked her cell phone after that playoff victory against the Americans at the International Crown two years ago, she had about 100 text messages, many of them from friends and family wondering what happened after the TV feed failed.

“People were wondering if maybe we lost and they just didn’t want to show the loss on TV back in Korea,” Ryu said.

Korean fans got to see what happened, though, in a replay of the event. Pyun said LPGA events are replayed several times every week in Korea.

“The replays get really strong ratings, too” Pyun said.

The LPGA announced Wednesday that the next UL International Crown will be played at the Jack Nicklaus Golf Club Korea in Incheon in 2018.

“I think the UL International Crown has already been lifted significantly in its second playing,” LPGA commissioner Mike Whan said. “I'm pretty sure in 2018 we're going to hit the hyper-speed button, and it's really going to go crazy.”

If the Koreans and Americans are in the hunt in the end, it could be crazy good for the International Crown.