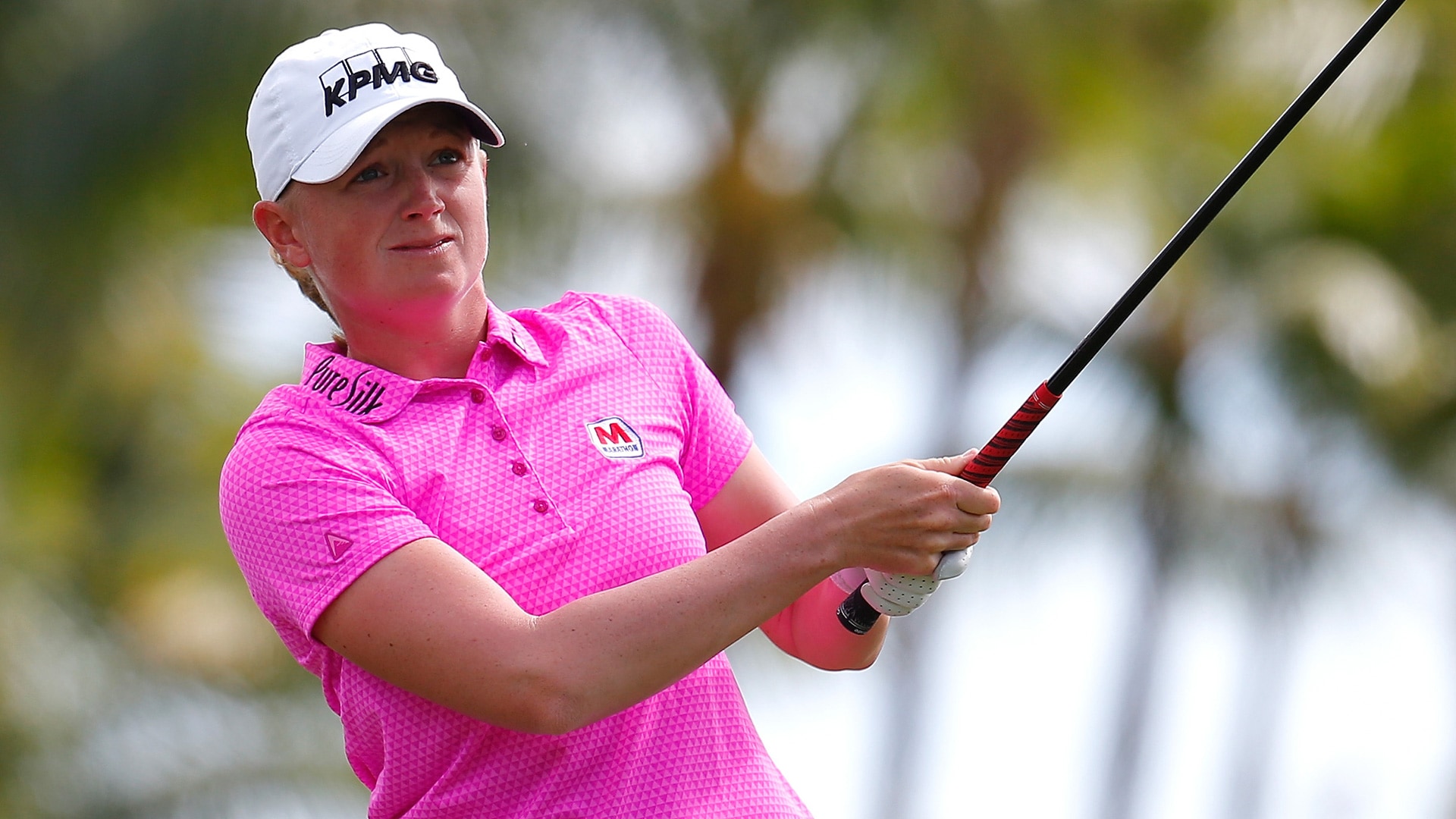 With a 6-under-par 67 Saturday at the Pure Silk Bahamas Classic, Lewis moved one shot off the lead at the Ocean Club on Paradise Island in the LPGA’s season opener. She’s looking to win for the first time in her last 40 starts.

Lewis, who is seeking her 12th LPGA title, said the most difficult part of going winless last year was being asked about not winning in so many post-round interviews.

Of course, Lewis was asked after Saturday’s round about how she felt being in position to win for the first time since she claimed the Walmart NW Arkansas Championship 18 months ago.

“My goal this week was to be in this position right here, to be in that last group going into the final day,” Lewis said. “And, honestly, the best thing about this week is how I'm so happy with how my ball striking is.

“If I win tomorrow, that's great, but my golf swing is where it needs to be. My wedges are getting better. I am still not quite trusting them, so there's room to improve there. I haven't played anywhere close to my best golf yet this week, and I've got a chance to win tomorrow. That's getting back to where I was before.”

Though Lewis didn’t win last year, her first winless season since 2010, she finished second or third in about one of every three starts. In 26 events, she finished second six times and third three times. It had to be maddening, especially coming off her three titles in ’14, when she became the first American in more than 20 years to sweep the Rolex Player of the Year, Vare Trophy and money-winning title.

Joe Hallett, Lewis’ swing coach, told GolfChannel.com that Lewis didn’t allow the frustrations of so many close calls to derail her approach to the game.

At No. 3 in the Rolex Women’s World Rankings, Lewis is the highest ranked player in the field this week. No. 1 Lydia Ko isn’t making her first start until next week and Inbee Park withdrew Thursday with a bad back. Park is out for the next month.

Lewis trails Anna Nordqvist and Charley Hull by one shot going into the final round, but Lewis will be looking them both in the eye on the first tee box. With a birdie at the last Saturday, Lewis got herself in the final group.

With the winds down over the Ocean Club Saturday, Lewis took advantage in a bogey-free round of six birdies.

“I think tomorrow is supposed to be even less wind, maybe a little more calm,” Lewis said. “So you're going to have to make some birdies. You're going to have to shoot a good score, but you're not trying to force things. That's the biggest thing for me tomorrow, is just to stay patient and trust my golf swing.”

Lewis opens 2016 much more settled than she did a year ago.

At the start of last season, Lewis teed it up frustrated over her search to find a golf ball to replace the version of the Titleist ProV1 that she had played since 2009. Before the start of last year, Titleist decided to cease manufacturing of the '09 ball and did not resubmit it to the conforming list.

She went through different versions of Bridgestone balls until finding what she liked midway through the year in the Bridgestone 330S. She also struggled to find a driver early last year. That driver-ball combination helped contribute to a drop-off of 10 yards per average drive. With a TaylorMade M1 in her bag now, Lewis likes the driver/ball combo.

“That little lost distance that we talked about last year, it's almost 90 percent made up with equipment right now,” Hallett said.

Lewis is happy where she is at in her personal life, too. She got engaged to Houston golf coach Gerrod Chadwell in November and bought a new home in Houston.

“Personally and professionally, I think Stacy’s in a very good place,” Hallett said.