Lexi, Lydia and Brooke all fail to break par 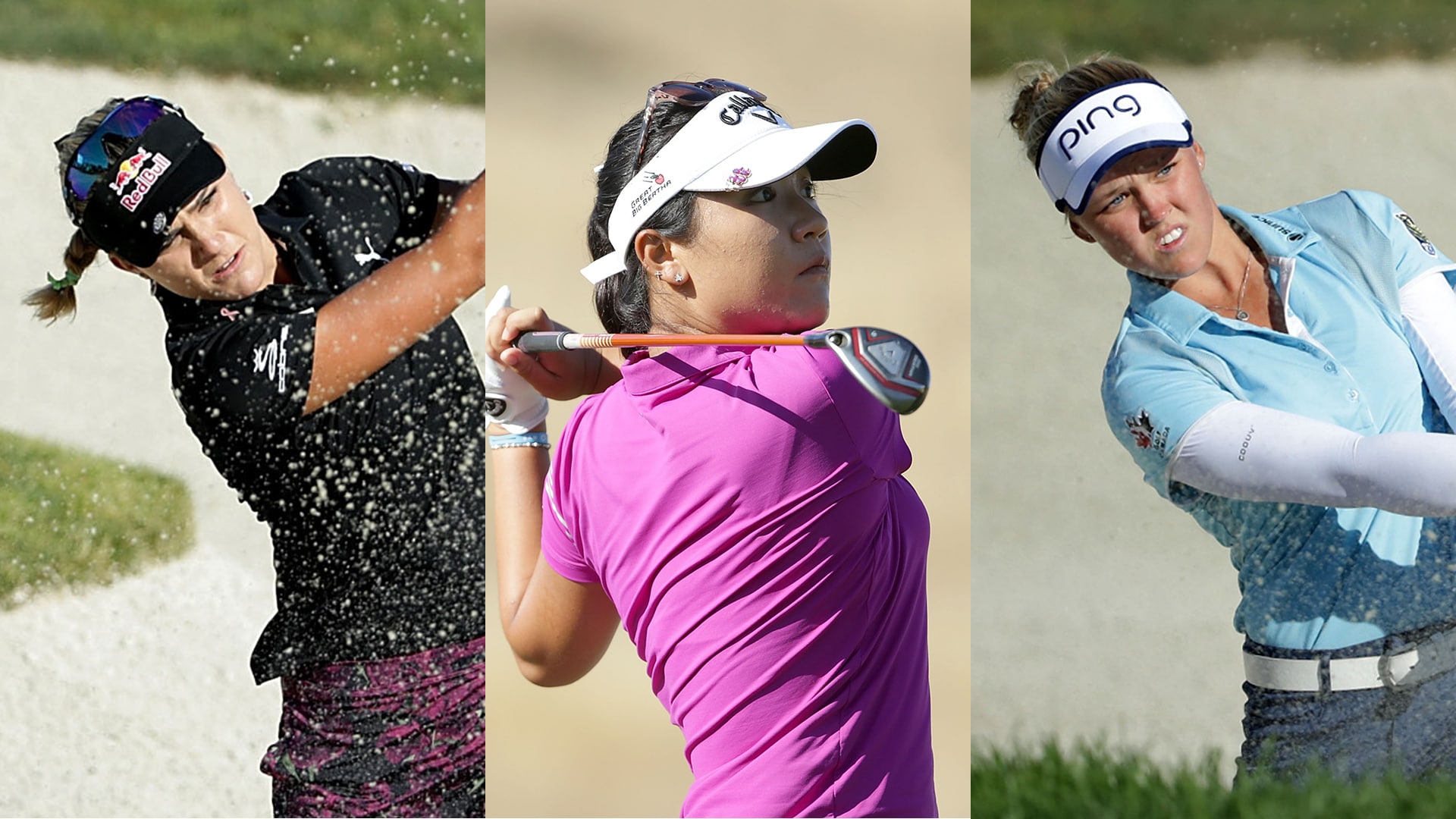 That’s what the first round of the U.S. Women’s Open looked like with world No. 1 Lydia Ko, No. 2 Brooke Henderson and No. 4 Lexi Thompson struggling.

This wasn’t a day for this glamour grouping to entertain us with their special gifts.

This was the kind of day that should have started with the trio punching a clock, because this was a blue-collar kind of work day. It wasn’t about wowing us with spectacular shot making, with CordeValle Golf Club toughening up in the afternoon sun and the late afternoon winds. It was about posting a score with elbow grease and spit polish. Mostly, it was about cleaning up messes.

“You had to scramble,” Ko said.

Henderson and Thompson may be three highest-ranked players in the world competing this week, but they all failed to break par.

They combined to make 14 bogeys and seven birdies.

The morning wave was welcomed to a softer course, and Mirim Lee took advantage. She shot 64.

“I don't know what course she played, maybe the ladies tees, maybe a different course,” Ko said. “But she played fantastic. We were checking the leaderboard. She made two bogeys and still shot 8-under. It's very impressive.”

The glamour grouping went off at 2:03 local time, just as Lee was finishing up.

“The first hand full of holes, there was still a little bit of softness,” said Jason Hamilton, Ko’s caddie. “But you could already see some of the grass surrounding the greens starting to burn out. By 3:30, you were playing defense all the time. You couldn’t go chasing birdies in the afternoon.”

Lee made 10 birdies in the morning, three more than Ko, Henderson and Thompson combined.

The Ko, Henderson and Thompson trio didn’t look like they were having much fun, especially at the end of their round, a nearly six-hour grind.

At No. 8, her 17th hole of the day, Ko swiped at a short chip and caught too much of the ball, running her shot 8 feet past the hole. She tilted her head and looked down at the patch of grass in befuddlement. She missed the putt for par. Ko made two bogeys on the front nine where her normally stellar short game let her down.

“My short game wasn't as good,” Ko said. “When I did miss a green, I didn't make that many up and downs. In majors, it is tough to get around the pin. You do have to scramble, and that's what I was missing today.”

“I didn’t play that great and then just finished bad,” Thompson said.

Henderson hooked her last tee shot in the heavy rough at the par-5 ninth, then hacked a fairway wood into the right rough, behind a tree. She had to punch out into the fairway and ended up failing to get up and down for par.

“Really disappointed, but with that being said, it wasn’t that far off from being really good,” Henderson said. “Just a couple mishit shots out there that put me in the wrong positions.”

The glamour trio will be back out together Friday morning, hoping for the softer, gentler conditions Thursday’s morning wave enjoyed.