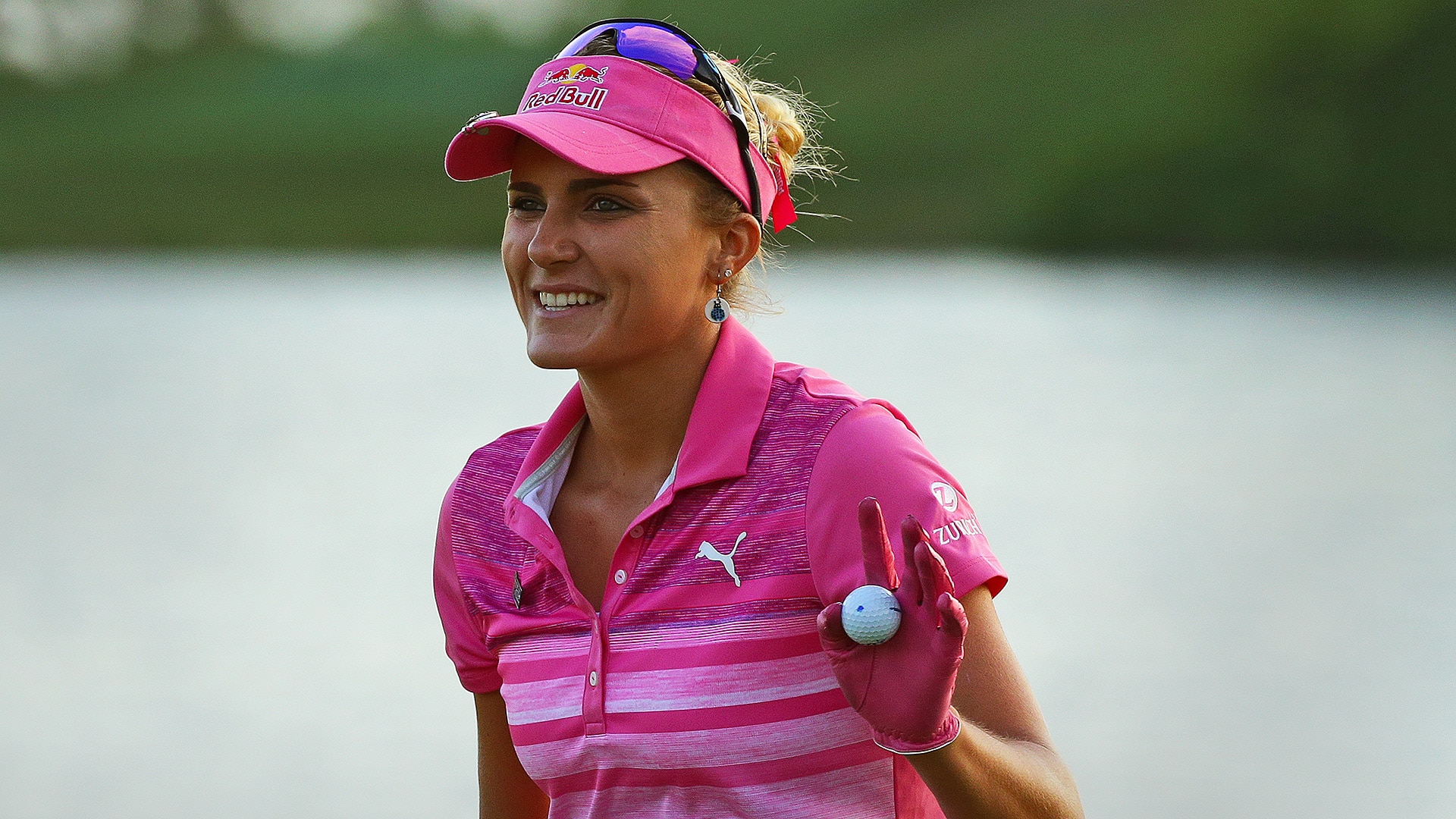 After Saturday’s round at the Kingsmill Championship, she conceded there’s a little extra purpose in her play.

She showed it coming home after a sluggish start, finishing strong to hold off a hard challenge from In Gee Chun.

On a breezy day, with conditions tougher than players have faced all week, Thompson shot a 2-under-par 69, preserving her chance at a wire-to-wire victory.

After that controversial loss at the ANA Inspiration last month, there were questions about how Thompson would rebound, whether she would keep her confidence and momentum going. She’s been delivering all the right answers at Kingsmill, where she has been a ball-striking force while showing just how much her short game and putting have improved with all the offseason work she put into them.

“I'm as determined as any other person out here,” Thompson said. “We all want to win. I have a little bit more drive now, I would say, but I'm just going to go out there and be confident and see where it goes.”

Thompson is looking for her eighth LPGA title, her first since winning the Honda LPGA Thailand almost 15 months ago.

Thompson was asked if she’s seeking redemption after the disappointment endured in the year’s first major.

“I've always been such a driven person that every time I tee it up I want to win,” Thompson said. “I love this golf course and this venue, so I always feel comfortable coming here.”

Thompson started Saturday’s round with a parade of pars, while Chun made a strong early move. With birdies at the fifth, sixth and seventh holes, Chun moved within a shot of Thompson.

At the ninth, Chun missed a 5-foot birdie putt that would have tied her with Thompson.

“Today was tough because the wind was from a different direction,” Chun said.

Thompson birdied the ninth, 13th and 15th holes and built a four-shot lead when Chun missed an 18-inch putt at the 17th hole.

At the 15th, Thompson showed just what a power advantage she has here. She hit a nearly 300-yard drive, then striped a 6-iron from 196 yards to 20 feet. She two-putted for birdie.

“All I'm focusing on is my own game and sticking to my routine and committing to my lines off the tees and just having fun with my caddie in between shots,” Thompson said.

It’s looking like a tough game plan to beat.