Making a leap is goal of tightly packed leaderboard 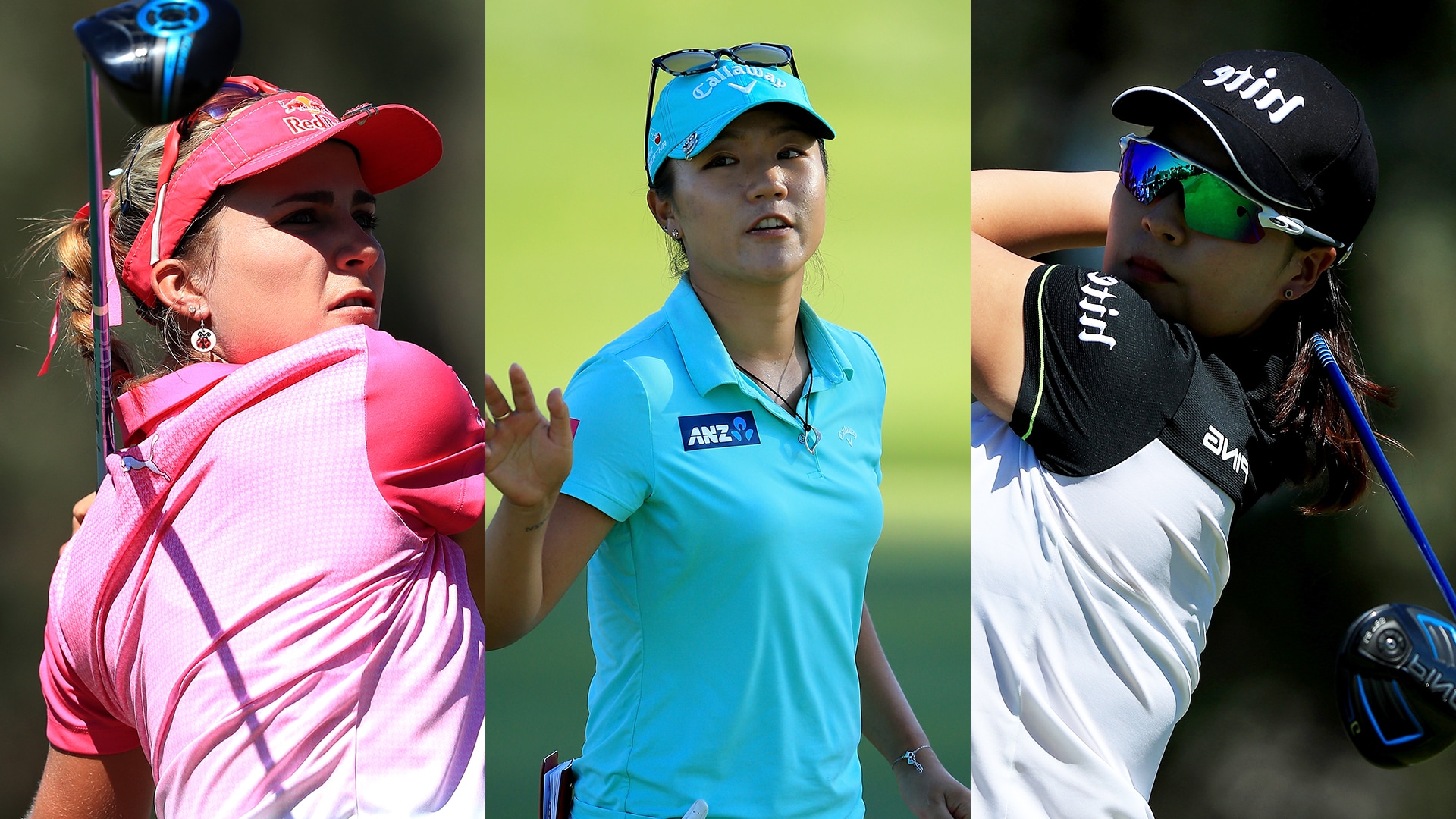 RANCHO MIRAGE, Calif. – So who is going to make the big splash on Sunday?

The candidates lining up for a chance to make the traditional leap into Poppie’s Pond intrigue with all their star power.

Lexi Thompson moved to the head of the line early Saturday evening with her brilliant finish at the ANA Inspiration, but she has a strong and deep cast of challengers to hold off.

Rolex world No. 1 Lydia Ko, In Gee Chun and Ariya Jutanugarn are each one-shot back. Ko, 18, and Chun, 21, are already major champions. Jutanugarn, 20, was a can’t-miss phenom until a shoulder injury derailed her three years ago, but she looks like she’s regaining the form and confidence that made her such a formidable newcomer.

Major championship winners Michelle Wie, Suzann Pettersen and Hyo Joo Kim are among 15 players within four shots of the lead.

They all marched past Poppie’s Pond Saturday on the way to the 18th green wanting to make the leap on Sunday.

“The special thing about this event is that you get to jump in there, not only yourself, but with your team, with your parents, with the caddie,” Ko said. “It will be a jump that I would love to take. I don't know if that's tomorrow, or if it's ever going to happen, but if it does, I think it'll be a very special moment.”

Chun, the reigning U.S. Women’s Open champion, grew up in South Korea on the other side of the world watching the Kraft Nabisco before it became the ANA.

“That small pond looks so attractive,” Chun said. “Before I finish my career, I definitely want to jump in there.”

If Hull wins, we might see the most memorable leap ever.

“I looked at it the other day, and it didn't look that deep to do a dive,” Hull said. “So, I thought `belly flop,’ leave a mark on my face.”

Thompson, 21, is seeking to win the ANA Inspiration for the second time in three years. She took a one-shot lead into Saturday, but her new red-hot Cure putter cooled in the middle of the round. She missed a 5-foot putt for birdie at the fifth, a 4-footer for par at the eighth, a 7-foot birdie chance at the ninth and an 8-footer for par at the 10th. She slipped three shots behind in that stretch only to seize the lead back with a bold, late blitz.

Thompson birdied the 15th and 16th holes and eagled the 18th. With the tees ups to 490 yards at the last, Thompson bombed her tee shot and then carved a 5-iron to 15 feet.

“I was hitting it well, just couldn't get the putts to drop,” Thompson said. “I was just putting a little timid but then hit a few good shots coming in, so I had a few short birdie putts. To knock it in on 18 is always the most amazing feeling here at the ANA.”

Thompson has been working on dealing with adversity in the game. She brought South Florida sports psychologist John Denney onto her team at the start of last year to help her.

“I knew it was something I needed to work on,” Thompson said. “I was just getting too down on myself, and I needed to be more positive out there. It was holding me back, so I needed help. Honestly, he has just helped me be more positive on and off the golf course and just realize that I'm blessed to be playing a game for a living that I truly love, and just to be grateful for my family, my fans and my friends and just enjoy life.”

Thompson showed a resolve on the back nine Saturday that should serve her well in her final pairing Sunday with Jutanugarn. Ko will be playing in the pairing right in front of Thompson. Last fall, Ko and Thompson played together in the final round of the Evian Championship, the last major in women’s golf. Ko became the youngest winner of a major (18 years, 4 months and 20 days old) there. She closed with a 63 and beat Thompson by six shots.

“I'm just trying to focus on my own game,” Thompson said. “All I can control is my attitude, my game on the golf course, and going into tomorrow I'm just going to have the same mindset, be positive, focus on doing my routine on every shot, take it slow, and just try to visualize my shots out there.”

The Dinah Shore Course at Mission Hills isn’t Evian Resort Golf Club. Thompson seems built for the course as the LPGA’s longest hitter this year, but this isn’t a two-woman showdown with so many players having a chance.

“There's so much history and tradition behind [this major],” Thompson said. “It’s always an honor to put your name on that trophy. But there's a lot of golf to be played, and you’ve just got to focus on your own game and see where it goes.”