McIlroy, Fowler look to build confidence on road to Augusta 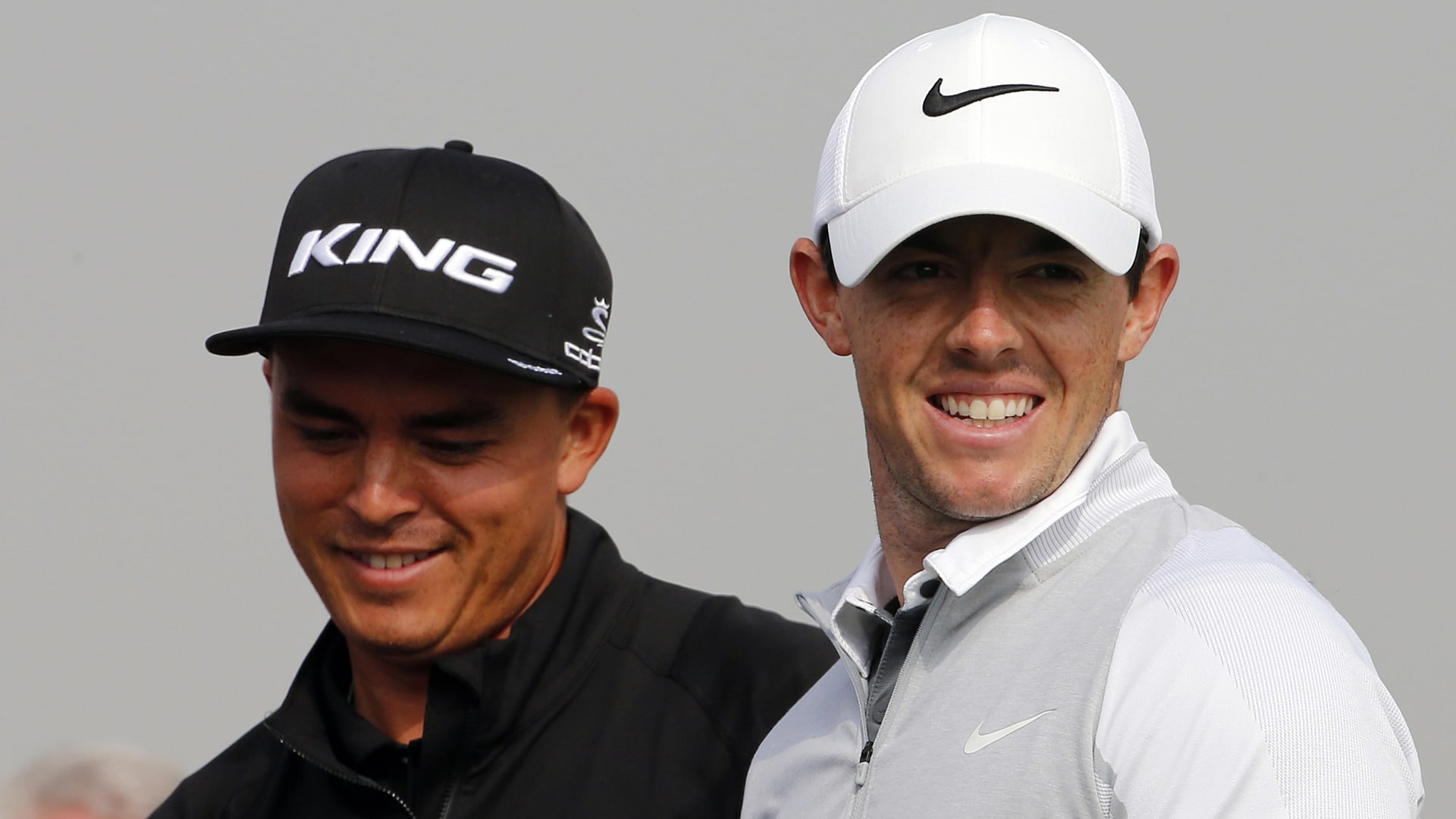 Rory McIlroy and Rickie Fowler are teeing it up at the Honda Classic this week knowing they have six weeks to get ready for the Masters and a chance to revel in breakthroughs that will put them at the center of the golf universe.

McIlroy is aiming to win a green jacket to join Gene Sarazen, Ben Hogan, Gary Player, Jack Nicklaus and Tiger Woods as the only winners of the career Grand Slam in professional golf.

Fowler is aiming to break through and win his first major.

They’re both aiming to push their way past world No. 1 Jordan Spieth and No. 2 Jason Day, who owned the major championship stages last year. Spieth and Day elevated their status with dynamic performances in the majors.

Spieth, who won the Masters and U.S. Open last year, and Day, who beat Spieth in a head-to-head duel to win the PGA Championship, aren’t playing the Honda Classic this week. That puts the spotlight on world No. 3 McIlroy and No. 5 Fowler and the work they’re doing to try to make a bold opening statement in the year’s first major.

“A major is my main goal right now going forward,” Fowler said. “I definitely feel like I’m ready. I know I can win in those situations, but we only get four chances a year. If you can get your game to peak at those right times ...”

There is no magic formula for preparing for majors, but there is a magic elixir.

McIlroy and Fowler may have different plans to get ready for the Masters, but they’re seeking the same elixir. They’re seeking to build as much confidence as they can muster before heading down Magnolia Lane.

How much is the Masters on their minds this week?

“I feel like it’s disrespectful to the individual tournament if you’re not thinking 100 percent on the tournament you’re playing in,” McIlroy said after his Honda Classic pro-am round on Wednesday. “I’m trying to play this golf course and win this tournament, but it’s hard to say it’s not on my mind.”

Winning is as close to a magic formula as there is in preparing for a major because there’s so much confidence that comes with it.

And how is McIlroy’s and Fowler’s confidence coming to PGA National?

They’re both coming off disappointments in their last starts, but they both say they’re feeling good about where their games are.

Fowler lost to Hideki Matsuyama in a playoff in his last start at the Waste Management Phoenix Open three weeks ago. Fowler squandered a two-shot lead with two holes to go and left in tears thinking about the lost opportunity to win in front of his grandfather.

Did it shake his confidence?

“I’m fine,” Fowler said. “It’s obviously one I wanted to get, felt like I was in a great position to get  it, but I’ve been playing well, all through last summer, through the fall.”

Fowler has won four times in his last 21 starts.

McIlroy won four times last year despite missing two months last summer with an ankle injury. He gave himself a chance to win in his last start Sunday at the Northern Trust Open, tying for the early lead before stumbling home with a 75. He opened this year with a T-3 finish at Abu Dhabi and a T-6 at the Dubai Desert Classic.

Where does McIlroy see his game at today?

“You always want to win,” McIlroy said. “Progress is winning and seeing how you perform under pressure. But at the same time, progress is how you’re feeling with your game, if you feel like you can see improvements ...

“I feel this year, I’ve made some good strides forward. I feel like my game’s there. That’s the great thing about golf. This stretch we’ve got coming, there’s always next week. If you do stumble, there’s the next week to pick yourself back up.”

McIlroy’s plan for the Masters calls for a lot of competition. Counting this week, he’ll play four times before going to Augusta National. He’ll play the WGC-Cadillac, Bay Hill and the WGC-Dell Match Play.

Fowler? He will play the two WGC events but isn’t sure about Bay Hill.

“That’s up in the air,” Fowler said. “Going into Augusta, really, the focus these next two weeks is to see where the game is at and really see what we need to work on. My main focus is really just making sure I’m rested and going to be ready to tee it up Thursday in Augusta.”