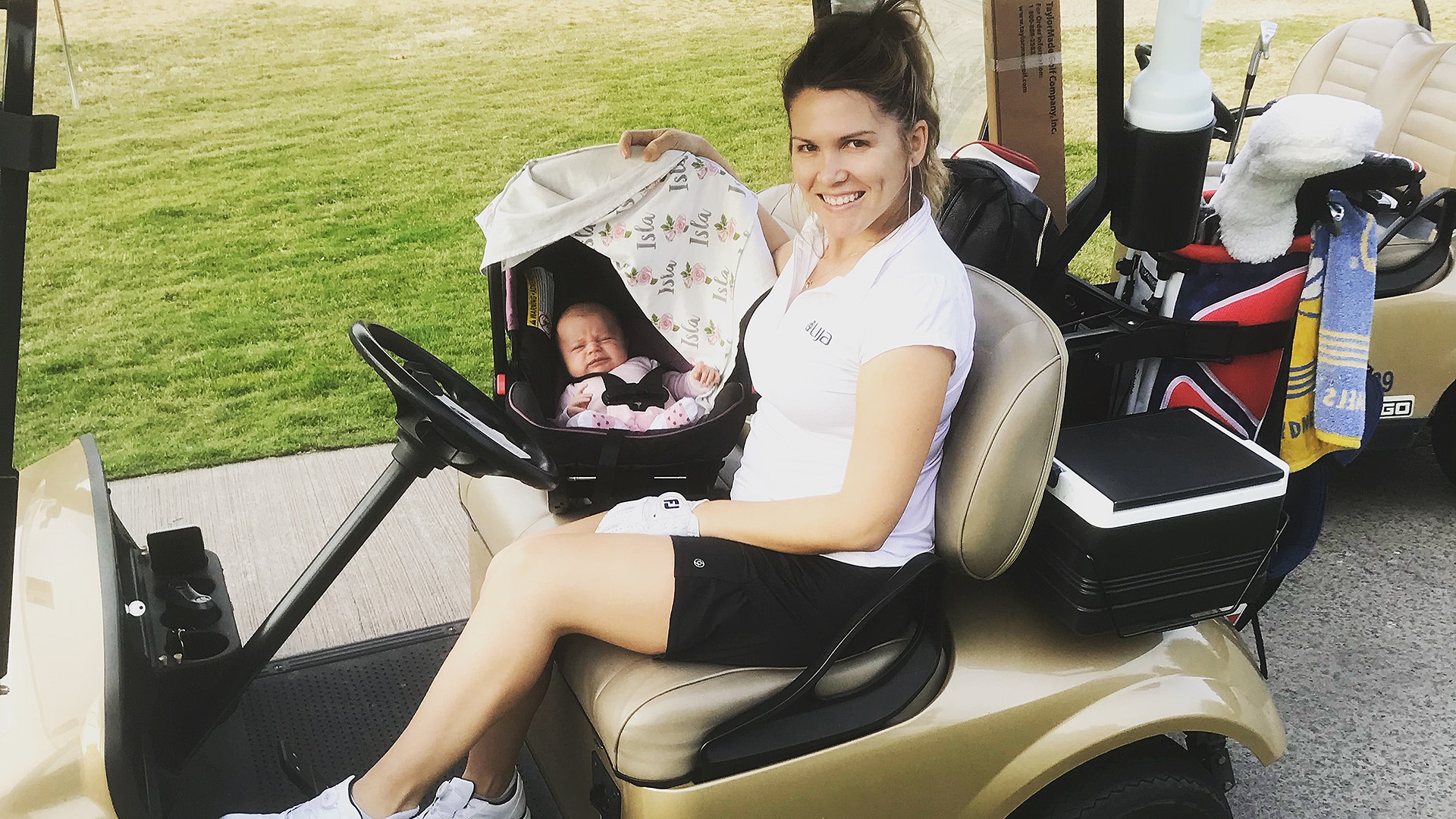 Sydnee Michaels is spending her first Mother’s Day with her 6-month-old daughter in Virginia, getting ready for a crazy week that will include both a U.S. Women’s Open qualifier and the Kingsmill Championship.

It’s fitting their first together will be on the road.

This life as both a mother and an LPGA pro is a daunting journey unlike any Michaels has ever faced, but she says it’s a balancing act she is determined to make work.

She is proud to be out front in this new baby boom hitting the women’s tour.

“There are so many women today who are working moms,” Michaels said. “But in women’s golf, I think there’s a little bit of a stigma that comes with it, with having a baby and continuing to play the tour.

“There are a lot of fathers out playing on the PGA Tour, and it’s no big deal. On our side, it’s ‘Should you keep playing? It’s going to be so hard.’ I wasn’t going to let that thinking stop me from having a baby and continuing to pursue my dreams.”

Michaels says she grew up with a stay-at-home mom, and she understands the fulfillment felt by mothers who make that choice.

“I loved having my mother home with me,” Michaels said. “For some women, that is their dream. I commend that. I think it’s the hardest job in the world. That doesn’t mean what I am doing is wrong or bad. Everyone is different.” 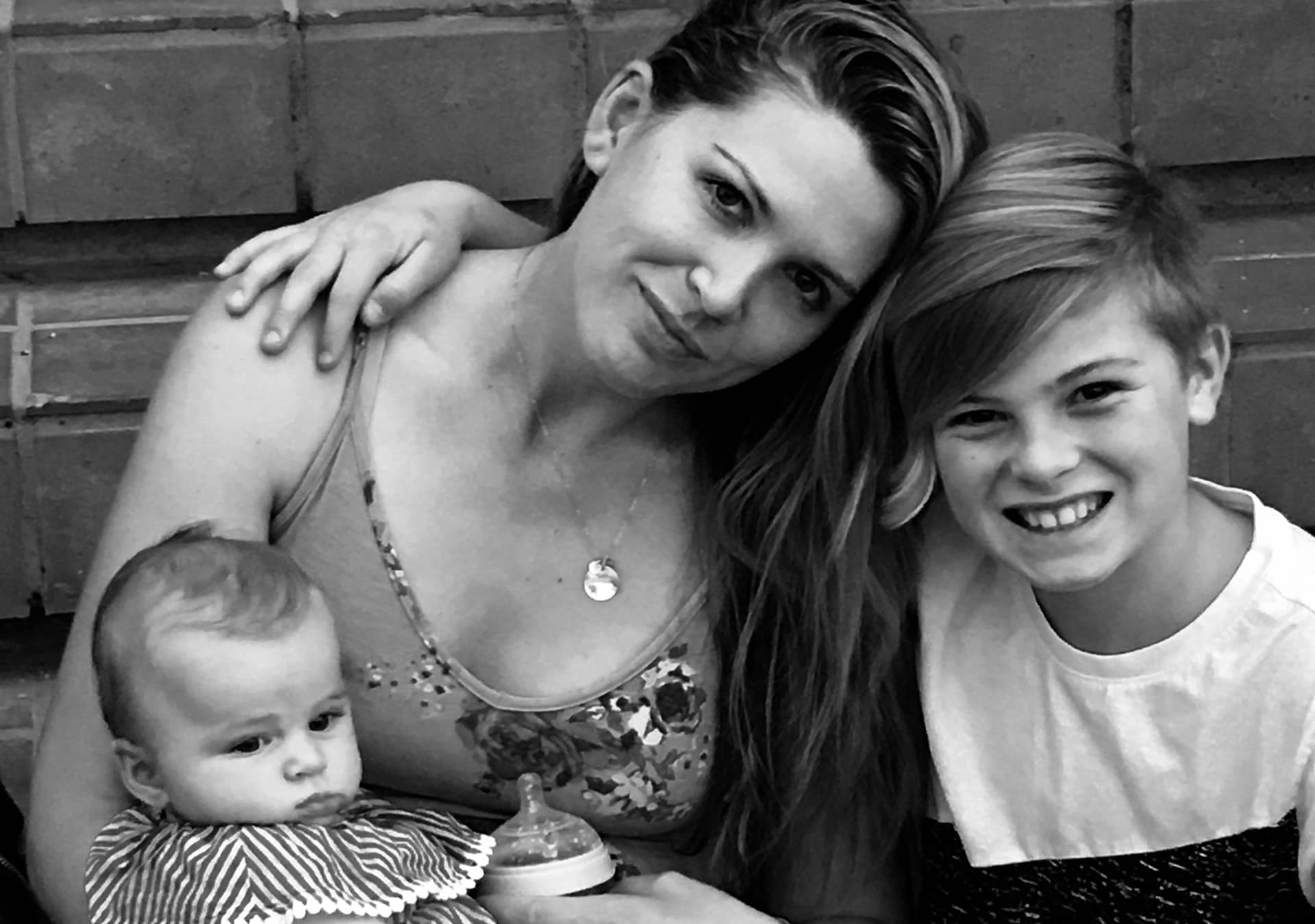 Michaels, 29, returned to the LPGA in March after giving birth to Isla in November. Michaels is a UCLA graduate and a two-time Symetra Tour winner looking for her first LPGA title. In five full seasons on the tour, she has five top-10 finishes, with a career-best T-4 at the Yokohama Tire Classic in 2015. She has never finished outside the top 100 on the money list in any full season on tour. She played just two events while on maternity leave last year, time away that was complicated by a painful back injury in the first half of last season.

Tour life is more complicated for moms, full of unique challenges that PGA Tour fathers don’t face, like dealing with changes the body goes through having a baby.

Like putting the clubs away for several months while on maternity leave.

And then there’s breastfeeding.

Michaels started this year breastfeeding, but she weaned Isla off after four months, as Michaels was playing her first event back at the Founders Cup.

Trying to squeeze a five-hour round of golf in between feedings wasn’t practical.

“It was painful,” Michaels said.

Lorena Ochoa retired at 28, while still the Rolex world No. 1, to start a family. Annika Sorenstam left the tour while still a force, to start her family.

Being an LPGA mom is more career-altering than being a PGA Tour dad. Catriona Matthew is the only player to win a major after becoming a mother over the last 15 years. Nancy Lopez and Juli Inkster are the only others in the last five or so decades.

“It doesn’t mean it can’t happen again,” Michaels said. “I think anything is possible. That’s still one of my goals, to win a major. I take inspiration from Catriona Matthew, Juli Inkster, Laura Diaz and Karine Icher, who have had solid careers after having children. There is no rule that says after you have a baby, you’re done.”

How is Michaels spending Mother’s Day?

She is playing a practice round at Hermitage Country Club in Manakin-Sabot, Va., to get ready for Monday’s U.S. Women’s Open qualifier there. She will celebrate Mother’s Day before and after the golf. Her husband, Glenn Muncrief, a tour rep for TaylorMade, is there with her, early in the week, but he is flying out on Tuesday morning.

“The real challenge starts in Virginia, and with the East Coast events and Canada, where Sydnee and Isla are going to be without me a lot,” Glenn said. 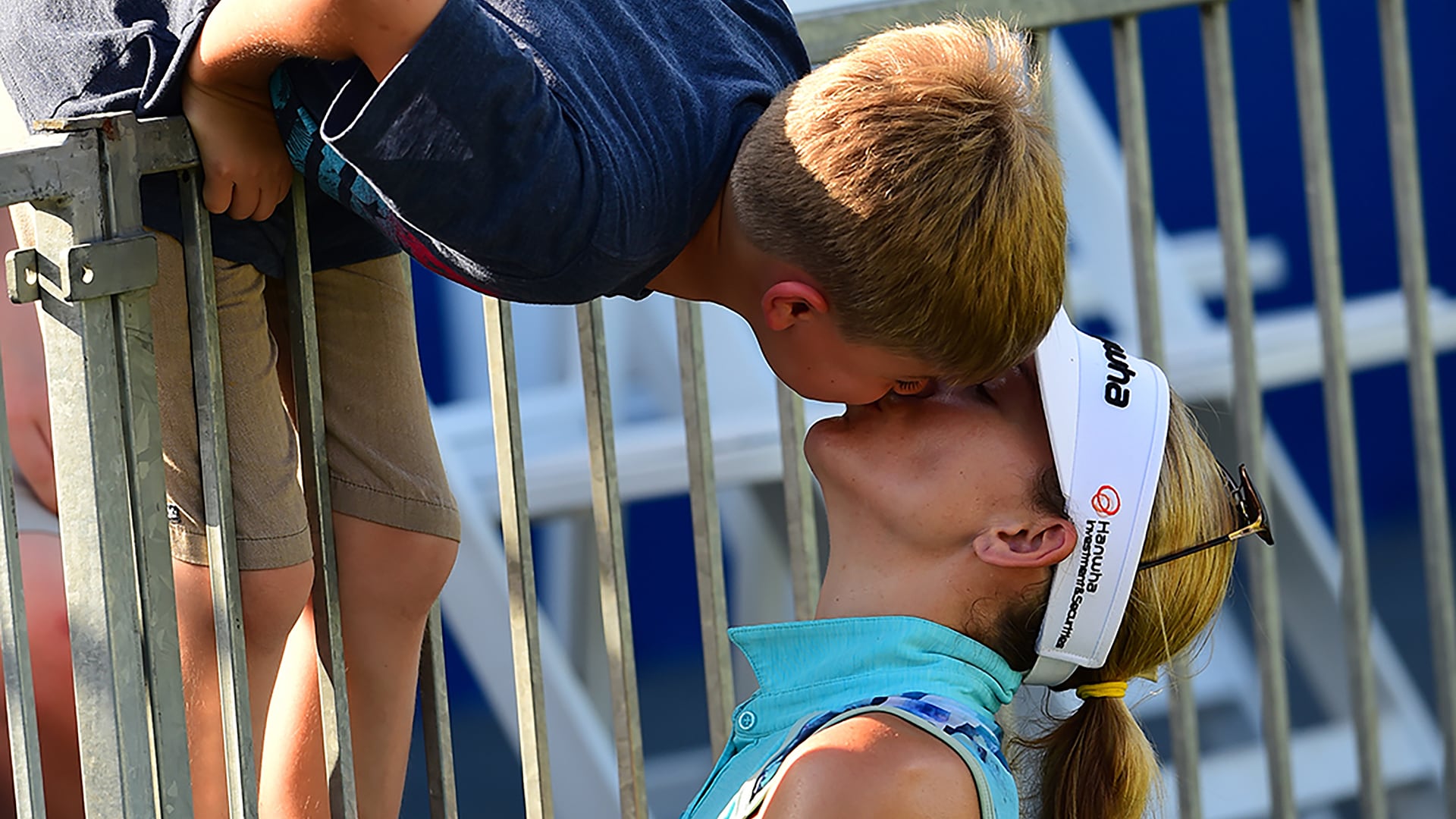 Sydnee is also mom to her 10-year-old stepson, Greyson. They are close, and he has been going on tour trips with her now and then, since he was 7, but it will be different traveling with a baby. It will be a major production when mom and daughter are flying alone.

Just getting in and out of airports will take a yeoman’s effort.

“Syd’s going to have Isla, her golf bag, a stroller, a car seat, a pack-and-play and a couple suitcases,” Glenn said. “I couldn’t do that by myself. She’s going to need help at the airport, and I feel for her.

“But there’s a lot to be said about who Sydnee is as an individual. She’s determined to defy all the odds.”

Sydnee got a lot of help from Glenn, and from her mother, JoAnne, in the five events she played on the West Coast swing. They drove from their Murrieta, Calif., home to all but the Mediheal Championship in San Francisco, where they flew with Isla for the first time.

Michaels says fellow tour pros have offered to help with travel, too. She says once she is on a tournament site, the LPGA’s traveling daycare center gives her peace of mind.

“The daycare center is incredible,” Michaels said. “It’s hard to leave Isla to go play, just like it’s hard for any mom to leave their baby to go to their job. I think about Isla all day, but I’m working to help provide our family with a future.”

Michaels believes this is a journey both mom and daughter will find fulfilling.

“I know she will look back someday and think how cool it was to travel with her mom on tour,” Michaels said.