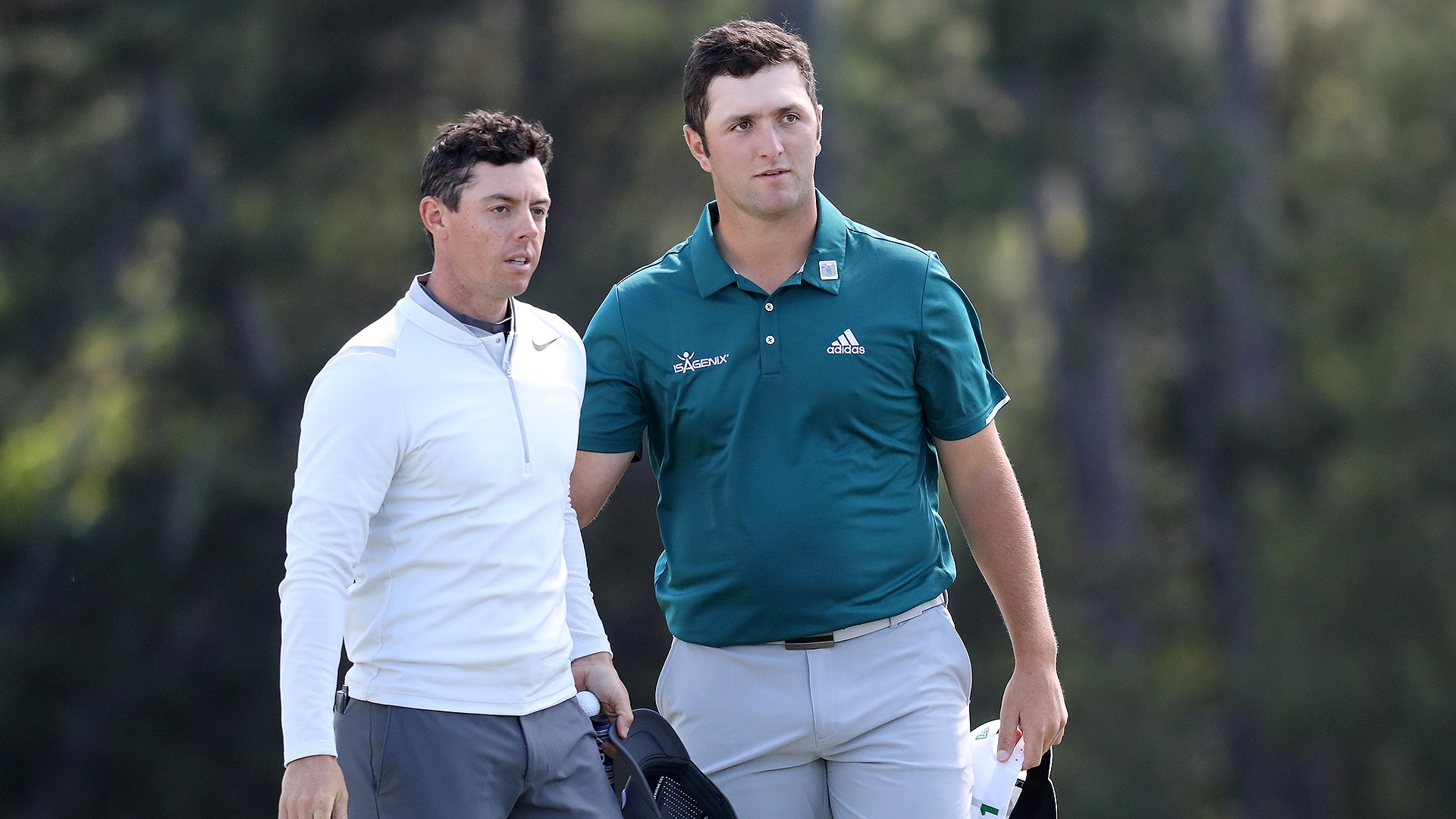 The Spanish rookie felt some jitters stepping on the first tee Thursday afternoon. He felt the weight of history at Augusta National in his pairing that day.

“On that first tee shot, you realize that you’re teeing off in the Masters, next to Rory McIlroy, who might win the Grand Slam this year,” Rahm said. “It’s a major championship, you’re going to get nervous.”

Rahm, who is built like a tank with arms and feet, didn’t take long to bust through those feelings.

“I think that second shot got rid of any uncomfortable moment,” Rahm said. “You’ve just got to fight hard and be mentally tough.”

With a 2-under-par 70 Friday, Rahm didn’t just make the cut in his first Masters’ appearance. The 22-year-old got himself into contention. He’s just three shots off the lead going into the weekend.

This fearless, youthful generation of PGA Tour pros looks poised keep upping the ante. No Masters’ first-timer has won a green jacket in nearly four decades. Nobody has done it since Fuzzy Zoeller in 1979.

Rahm was asked how daunting that fact is.

“First-timers don't usually have a great history at Torrey Pines, either, and I was able to win that,” Rahm said. “I’ve kept that in mind. There's nothing that says I'm going to play bad or that I should play bad.”

Rahm broke through to win his first PGA Tour title at the Farmers Insurance Open at Torrey Pines in January, becoming the first player to win the San Diego event in his first start since Arnold Palmer in 1957. Rahm gained more momentum two weekends ago, pushing world No. 1 Dustin Johnson to the brink before succumbing in the finals at the WGC-Dell Technologies Match Play.

“I've been playing great, my ball-striking is great, so if I can get myself more looks, get the putter going a little hotter, and maybe, maybe get a good round going, you never know,” Rahm said.

Through their two rounds together, Rahm is two shots better than McIlroy.

You couldn’t ask for much tougher conditions to make your Masters’ debut, with 40 mph gusts rolling over Augusta National on Thursday and chilly winds continuing to blow on Friday.

“I think I liked the conditions, because I usually like tough conditions,” Rahm said. “I can keep the ball low, and pars are my friend. On days like today, I am able to take advantage of my ball-striking. I think I lucked out in that sense.”

These emerging young stars are shattering long-held notions about pedigrees, about what kind of experience is required to win the game’s big prizes.

Jordan Spieth finished T-2 in his first Masters as a 20-year-old. He won his second and tied for second again last year.

Rahm doesn’t see why he ought to expect to serve some sort of apprenticeship before making a serious run to win at Augusta National.

Neither does three-time Masters’ champ Phil Mickelson, who has taken the young Spaniard under his wing, showing him around Augusta National in a practice round on Tuesday. They both played at Arizona State, albeit in different eras.

Mickelson called Rahm a “real threat” leading up to this Masters.

“And he continues to validate that,” Mickelson said.

In their practice round together, Mickelson said he was careful not to give Rahm too much to think about because Rahm has been playing so well.

“He basically told me, playing the way I've been playing, if I overload my head with information, it's only going to hurt me,” Rahm said. “So, he just gave me a couple pointers here and there, and just told me to keep playing like I've been playing.”