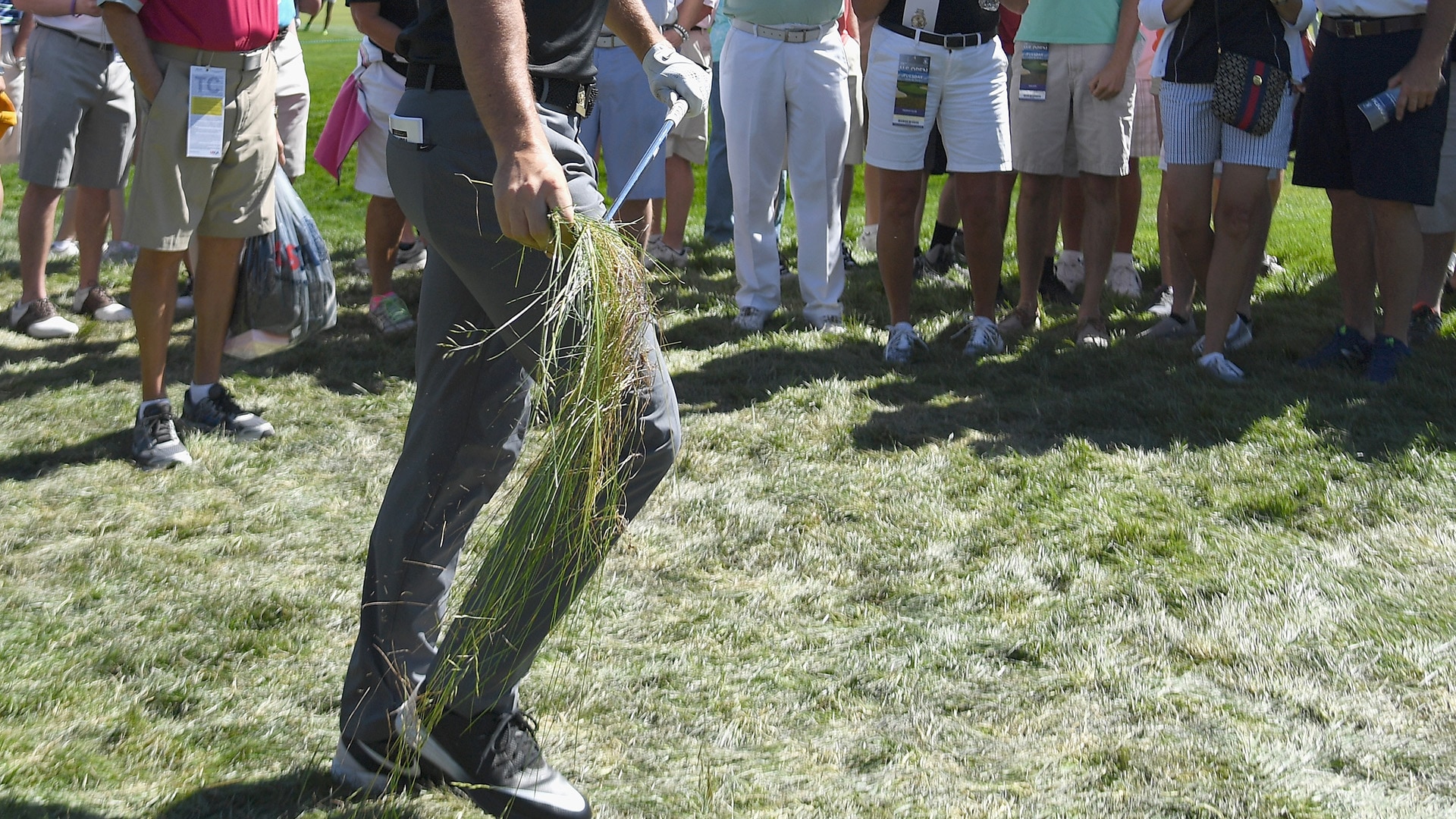 OAKMONT, Pa. – Once more unto the breach, dear friends, once more ...

If you didn’t like the U.S. Open’s radical departure from its classic roots in the modern era, you’re relishing its return to Oakmont Country Club this week.

Stiffen the sinews, summon up the blood ...

If you thought the championship was miscast at Pinehurst No. 2, where there was no rough two years ago, and at Chambers Bay, with its moonscape look last year, you’re reveling in the return to a more traditional setup this week. The U.S. Open is back with par defended by this championship’s more familiar fortresses, by lush, penal rough, narrow fairways and fast greens.

Now set the teeth and stretch the nostril wide, hold hard the breath and bend up every spirit ...

William Shakespeare was long gone when Henry Fownes built Oakmont in 1903, but the lines Shakespeare wrote in Henry V should resonate with players trying to muster fortitude for the U.S. Open’s return to its most formidable venue. Oakmont is still “an ugly old brute,” as Herbert Warren Wind once wrote. It still possesses “all the charm of a sock in the head,” as Gene Sarazen once said.

“This is the ultimate U.S. Open test,” said Ernie Els, who won at Oakmont in ‘94. “This one is going to test your resolve: mental, physical, everything.”

Oakmont is in many respects the model for a U.S. Open in the modern era.

“Henry Fownes and his son, William, were really the patriarchs of Oakmont Country Club, and it's interesting because they not only came from the penal school of golf course architecture, but, in some ways, they invented it,” USGA executive director Mike Davis said. “If you think of the golf courses in this country that are really tough tests, Oakmont was really the first.”

Davis has left his fingerprints all over U.S. Opens since he moved in charge of setups in 2006, sometimes controversially. He brought graduated rough to the championship. He brought a more liberal use of variable tees, more dramatically changing distances day-to-day to alter strategy and make players think. He annoyed Jordan Spieth changing the 18th at Chambers Bay from a par 5 to a par 4 in the middle of the championship.

Davis has relished the USGA moving to venues that haven’t fit the modern era’s traditional U.S. Open look, like Chambers Bay, the renovated Pinehurst No. 2 and Erin Hills, home to next year’s U.S. Open.

In so many ways, Davis has enhanced and elevated the championship, but there is an old guard who hasn’t liked his departures from tradition.

A few years back, NBC’s Johnny Miller questioned whether the U.S. Open had “lost its identity” with Davis making such radical alterations. Miller posted that famed final-round 63 when he won at Oakmont in 1973. He believes in penal rough as a U.S. Open staple.

There was no rough at all at Pinehurst in ’14 and again at Chambers Bay in ’15.

After Davis moved the tees up 101 yards at the par-5 16th hole at the Olympic Club in the final round in 2012, Jim Furyk questioned how a player was supposed to prepare for that. Furyk snap-hooked his tee shot into some trees, made bogey and finished second to Webb Simpson.

In the final round at Merion in 2013, Phil Mickelson complained about not being able to reach the third hole, a 274-yard par 3. He made double bogey on his way to yet another second-place finish at the U.S. Open.

“During U.S. Open week, there are probably a lot of players cursing Mike Davis under their breath,” Geoff Ogilvy told Golf Channel in a “Live From” feature Tuesday night. “I think he is very respected, and I think everyone understands he is trying to present a more difficult challenge in a more interesting way.”

Geoff Shackelford, a golf course architect and author, has heard the backlash from players and traditionalists.

“They feel like he’s playing God, or being the Wizard of Oz, behind the curtain and pulling strings,” Shackelford said.

Oakmont will look like the setup traditionalists want for a U.S. Open. While there is graduated rough this week, it’s still quite penal.

Davis was asked Wednesday about how he views the U.S. Open’s identity and how venues as diverse as Pinehurst, Chambers Bay and Oakmont encompass that.

“We want to test all of the shot-making skills of the players, and we also want to test their course management skills and their ability to handle nerves,” Davis said. “I think when we're looking at golf courses that could potentially take a U.S. Open, what we really want to do is take it, first and foremost, to one of the country's great golf courses. So it's got to be a golf course that tests all those aspects.”

This is where Davis’ vision of the U.S. Open departs from traditionalists. He doesn’t like “cookie cutter” setups for the championship. He believes the U.S. Open should showcase the best American courses, and that means some courses that weren’t intended to be played with thick, gnarly rough.

When the U.S. Open was played at Pinehurst No. 2 in 1999, the USGA grew rough around the fairways. Before the ’14 U.S. Open, architects Ben Crenshaw and Bill Coore restored the course to Donald Ross’ original design, with wider fairways, no rough and native grasses.

“There is not necessarily a right or wrong,” Davis said. “There is just preference. It’s like a piece of art. Some people like a certain painting and some don’t.”

Traditionalists like the way Oakmont is painted, as Wind’s “ugly, old brute.” Next year, at Erin Hills, which will play more like Pinehurst No. 2 did two years ago, they probably won’t. For Davis, that’s just how art works.