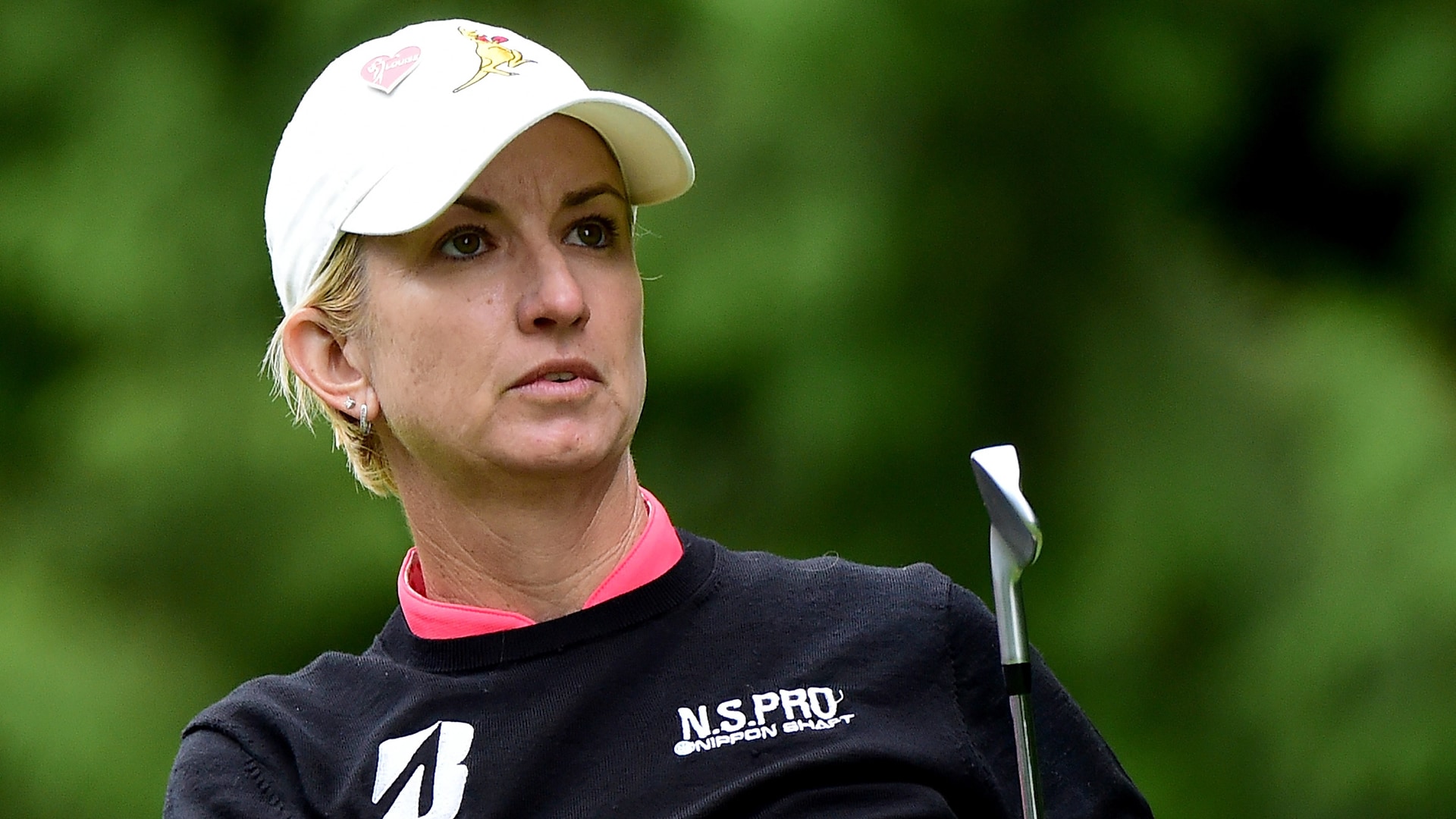 Karrie Webb’s quest to make the Olympics intensifies this week with her 2016 LPGA debut at the ISPS Handa Women’s Australian Open.

Is this push to Rio de Janeiro the beginning of the end to the Hall of Famer’s career?

Even Webb isn’t sure.

“I said I was going to retire when I was 35, and I’m 41 now, so still going,” Webb said Wednesday in a pretournament news conference at The Grange Golf Club outside Adelaide in South Australia. “I think when you’re 18, 30 seems like it’s a long way away, but from experience it comes around pretty quickly. I don’t know what the future holds for me as far as full time playing. I’m concentrating this year on a full schedule and hopefully making the Olympic team and then just re-assessing where things are at the end of the year.”

Whether Webb retires at year’s end, or finds that chasing Olympic gold has fueled ambition to keep on winning trophies, or just decides to scale back her appearances, her journey is worth paying extra attention to this season. The Olympics has kept a fire burning inside her, a fire that has been something special to behold over her two decades as a pro.

There is longevity to Webb’s excellence worth marveling over.

Annika Sorenstam pushed so hard for so long before retiring at 37. Lorena Ochoa retired at 28.

Webb will tee it up with 18-year-old Brooke Henderson for the first two rounds in Australia this week. Webb said age isn’t something she thinks about when she’s competing.

“I think the only time that I ever have to think about it is when I’m sitting here and you guys ask me those questions,” Webb said in her news conference. “I’ve always said the golf ball doesn’t know how old you are; it’s just about getting it in the hole. As long as I feel fit and healthy to play, I feel like I’m competitive every week.”

If this is Webb’s last hurrah, even if it’s just the last year we see this same kind of ambition driving her, it would be a shame to let it pass without special appreciation for what we’re seeing.

Webb is seeking her sixth Women’s Australian Open title this week. They’re among the more than 50 professional victories she has won around the world, 41 of those LPGA titles, and seven of those major championships. Only legends of the game have won more, only Patty Berg (15), Mickey Wright (13), Louise Suggs (11), Annika Sorenstam (10), Babe Zaharias (10) and Betsy Rawls (8).

“It’s amazing what Karrie is doing,” Rolex world No. 1 Lydia Ko said. “I said I’d retire at 30. I’m always learning when I get to play alongside her.”

Webb was No. 9 in the world to begin last year. She opens this year No. 34. She was winless a year ago and watched 19-year-old Minjee Lee pass her as the highest ranked Australian woman last year, but that Olympic dream is keeping Webb’s interest at a high level.

“Since golf was announced in the 2016 Olympics, it’s definitely been a focus of mine,” Webb said. “I think it’s what has kept me out here playing full time. It’s important for me to make the team, but, obviously, if something were to happen and I didn’t, it’s not going to tarnish what I’ve already achieved.”

To make the Australian Olympic team, Webb pretty much just has to rank among the top two Australians on July 11, the deadline for Olympic qualifying. The next highest ranked Australian behind Lee and Webb today is Rebecca Artis at No. 129.

“That would be icing on a very nice cake, but firstly I have to make the team,” Webb said. “I love that everyone is penciling or penning it in. Hopefully, just the feeling of the Olympics and being there will inspire me to play well. A medal would be unbelievable.”

Whether a medal would motivate Webb to walk away from the game or would inspire her to keep chasing excellence is part of the intrigue in her march to Rio.