One man's idea for a PGA Tour/LPGA joint event 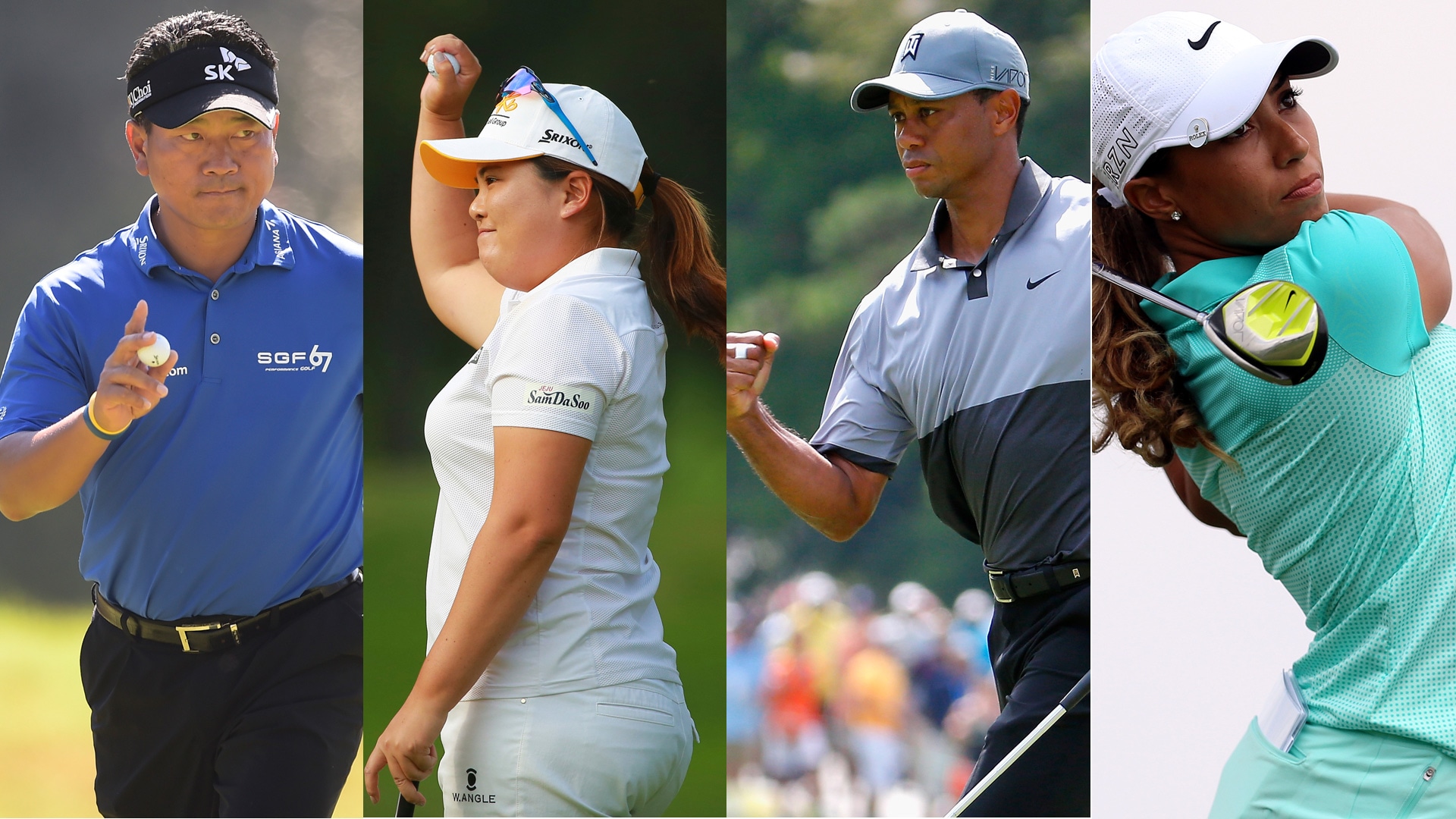 He looked into the gathering of reporters in the media ballroom at Trump Doral and asked for help in creating the best possible PGA Tour/LPGA joint event.

“You all, everybody here should think about this,” Finchem said. “If we did have an opportunity to do something together, what would be the coolest format we could use? Because if the opportunity came up, we would want to take full advantage of it.”

As part of its new strategic alliance with the LPGA, the PGA Tour is serious about creating a format to bring the men and women together in an event. Finchem showed just how serious he is with his challenge.

So my hand’s up, commissioner Finchem. Here’s one man’s idea trying to help.

But before laying out this plan for a new international mixed team event, let’s set it up. Let’s lay out why this idea will benefit Finchem’s tour as much as it will benefit the women’s tour.

In the commissioner’s explanation of why the PGA Tour is partnering with the women’s tour, he made a point to praise the LPGA for its “smart” approach to cultivating international markets. He said the PGA Tour wanted to collaborate with the LPGA in “tapping the global marketplace.” You could hear his desire to better capitalize on overseas opportunities, where Asia has to be a priority.

“The LPGA is already positioned as a global tour,” Finchem said. “An increasing percentage of our customers, whether they be title sponsors, official marketing sponsors or just involved in the tournament at some level, are international companies.

“I think I’d have to applaud the LPGA for making the tough decision to say, 'OK, we’re going to be a global tour, and, as a consequence, we’re not going to have as much presence in the United States, but we are going to take advantage of parts of the globe where we are more popular than the men.' That was a very smart way to go about it.”

So here’s how the PGA Tour can collaborate with the women in tapping into a global opportunity:

Create a USA vs. Asia international mixed team event for late fall and play it every other year in Asia with a Ryder Cup style format.

Yes, at first, the men might balk at the idea of playing another international team event, but this wouldn’t have the grueling, pressure-packed edge the Ryder Cup has. The unique mixed team nature of it will make it a more playful, less edgy affair, and yet it would ignite corporate and fan interest in Asian countries, where South Korean and Japanese women are rock stars in golf. You put them in an event with PGA Tour pros, and it promises to be off-the-charts popular in Asia. You don’t necessarily need all the top American male stars to make this work but you need a couple and you need recognizable PGA Tour names.

You schedule this new event for the second week of November, because that works for the men and women. The PGA Tour’s HSBC Champions is played the first week of November, the same week the LPGA concludes its fall Asian swing in Japan. You rotate it from South Korea, Japan and China and you keep it in Asia.

This can have all the feel of a goodwill tour with a huge financial windfall because of the intensity of interest that will come playing an event that features PGA Tour pros and Asian women who are more popular than their male counterparts over there. Imagine a K.J. Choi/Inbee Park pairing in South Korea, a Ryo Ishikawa/Ai Miyazato pairing in Japan, a Tiger Woods/Cheyenne Woods pairing anywhere.

Again, the USA vs. Asia appeal of this is marketed as low key, not-so-silly-season fun because the men don’t need another win or you’re-a-bunch-of-losers event on their schedule. This is a giving-back effort. It’s a grow-the-game effort.

You team six American men with six American women for Team USA. You take two South Korean women, two Japanese women, one Chinese woman and the highest ranked Asian woman not from those countries. And you team those Asian women with men from their own countries. And then you play USA vs. Asia in alternate-shot, foursomes and singles over three days with just 18-hole matches per day. Hey, it’s low key, right?

The PGA Tour wins collaborating with the women to tap global markets. The LPGA wins just playing alongside PGA Tour pros with the new audience the men will bring to the LPGA’s Asian swing.

So where did the PGA Tour commissioner put that idea basket anyway?