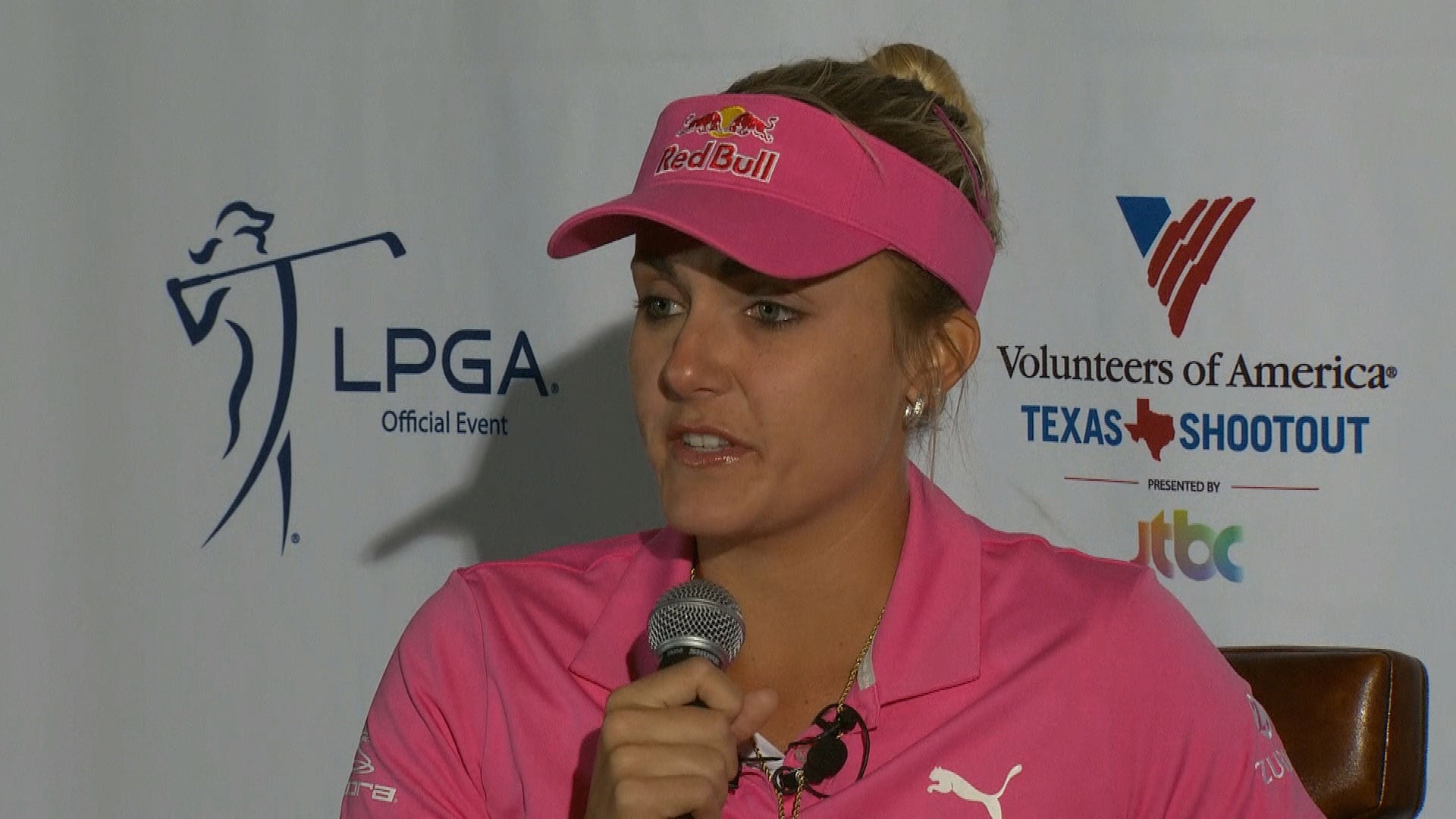 IRVING, Texas – Lexi Thompson bowed her head and wiped away the tears she couldn’t choke back in the middle of her news conference Wednesday at the Volunteers of America Texas Shootout.

Almost a month after a controversial rules infraction cost her a chance to win the ANA Inspiration, she still looked emotionally wracked.

“It was kind of a nightmare,” Thompson said.

One she can’t quite shake with the rules snafu dragging into yet another week - with the USGA and R&A releasing a new rules decision Tuesday that players are calling “The Lexi Rule,” a new standard for limiting use of video evidence.

Thompson’s emotional state Wednesday was revealing, showing how deeply the controversy wounded her, even as she returns to play Thursday at Las Colinas Country Club.

Thompson’s statements were just as revealing, showing how much she and her team have struggled to accept the ruling.

“It’s been an interesting three weeks,” Thompson said. “It’s been really hard on me. A little less sleep than usual, but I’ve just been spending a lot of time with my family and friends and working out a bunch, and just taking time for myself, just trying to regroup myself and get back to practicing a lot.”

Wednesday’s highly-anticipated news conference must have grown a little more nerve-wracking for Thompson, as she waited in the wings almost 15 minutes for a tech team to fix an audio problem before she could talk to the assembled media. Her parents, Scott and Judy, watched in the back, with her agent Bobby Kreusler, standing just off stage. The room was full, but only with about a half-dozen reporters, as LPGA and tournament staff made up much of the audience.

Thompson, 22, has been in a sort of self-imposed exile since the ANA setback, where she looked as if she might run away with her second major championship title before getting blindsided in the final round. She got hit that Sunday with a two-shot penalty for improperly returning her ball to its mark on the 17th green in Saturday’s third round. Because a TV viewer alerted the LPGA to the violation on Sunday, Thompson was also socked with a two-shot penalty for signing an incorrect scorecard.

Enhanced video showed Thompson returning her ball to different spot on her ball mark, closer to the hole.

Thompson did not answer directly Wednesday when asked if she thought she committed an infraction.

“It was not my intention at all,” she said.

Thompson said she marked the 15-inch putt because her father told her not to rush short putts in majors. She also said she twisted the ball slightly before returning it to its mark, because she uses a dot on the ball as a focal point for making her stroke.

Thompson was asked a second time to explain how video came to show her returning her ball to a different spot on her mark, a violation that many of  her fellow players agree warranted the first two-shot penalty.

“I have seen the video, and I can see where they’re coming from with it,” Thompson said. “It might have been, I guess, me rotating the ball, but like I said, I’ve always played by the Rules of Golf. Growing up with two older brothers, they were always on me for playing by the Rules of Golf.

“There’s no need for me to improve anything. Those greens were absolutely perfect, and the whole week there was nothing in my line to be moving it from anything. So, I have no reason behind it. I did not mean it at all.”

What Thompson didn’t say Wednesday speaks volumes about the still unresolved nature of this entire thing within her team’s ranks. She didn’t acknowledge she committed an infraction.

Late last week, Kreusler was pushing the LPGA to divulge the name of the TV viewer, demanding a “true and transparent” accounting of the details of the viewer’s intervention.

“The field and all of the LPGA players are deserving of knowing exactly how the email happened, who was responsible, so we can make sure it was an honest, fair and equitable playing field for all,” Kreusler said. “Unfortunately, I don’t have that feeling right now and there are an awful lot of people out there who feel exactly the same way.”

While Thompson prepares to move ahead Thursday at the Volunteers of America Shootout, this continuing pressure from the Thompson camp makes it appear they aren’t ready yet to move on.

In fact, Kreusler gives the exact opposite impression, the feeling that the ANA’s finish remains unresolved, with the hope a more satisfying end game is out there.

Fellow players aren't sure that does Thompson any good.

Hall of Famer Karrie Webb said she admired the way Thompson fought back from the penalty that Sunday at the ANA, making birdie on three of the final five holes to force a playoff.

“In the heat of the moment, I thought it was quite incredible how Lexi handled herself,” Webb said. “I think that’s going to go a long way for her as a person, on and off the course, and how people view her as a player and a person.”

“To move on from the ANA, I think her team just needs to let it go,” Webb said. “She can’t move on from it if everyone around her is talking about it still.

“Having an investigation, what do you get out of that, besides prolonging it all? It still doesn’t mean she will win the ANA championship. It doesn’t give her that, so what is the point?”

The last question Thompson fielded was yet another about marking her ball, if she’ll change anything about her practice going forward.

There was a certain defiance in the answer that hung over her exit.