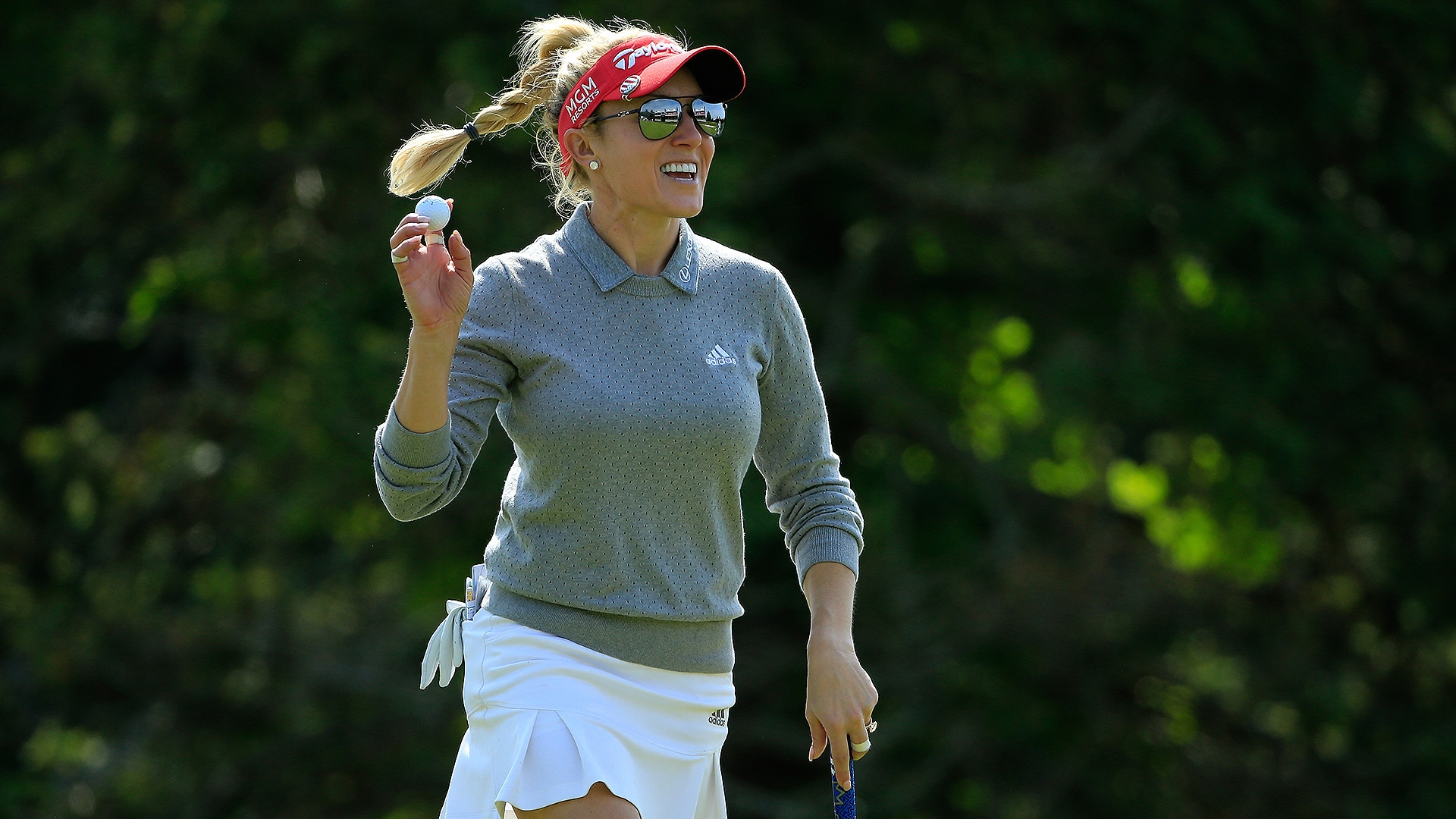 She turned down a chance to run for the congressional seat in the third district of Nevada after giving it serious consideration last year, but she is keeping her eye on other opportunities, especially something that will allow her to be an advocate for youth.

So many paths exist for the 35-year-old married LPGA pro, whose Cover Girl looks and charismatic personality continue to keep her in demand through all the injuries that have challenged her for the better part of the last decade.

She had her own reality TV show on Golf Channel, appeared on “Celebrity Apprentice,” an episode of “CSI” and on “The Price is Right.” She worked as an analyst for Fox Sports’ golf coverage and modeled for an SI Swimsuit Issue and FHM magazine.

She calls opening the Natalie Gulbis Boys and Girls Club in Las Vegas in 2010 her greatest achievement.

Photos: Natalie Gulbis through the years

Her talents abound, but ...

“The physical therapy, the work and discipline it takes to come back, I know it sounds like I’m sugar coating things, but I’ve enjoyed the whole process. Yes, you would rather be out on tour, but I’m excited for another opportunity to come back and play.”

And that’s why after undergoing her fourth back surgery, a discectomy last October, she isn’t ready to give up the game to pursue another endeavor.

Those other opportunities, whatever they may be, can wait.

There’s still golf to be pursued, from her return to the LPGA this year to her introduction as the newest headliner for the American Century Championship celebrity event in Lake Tahoe, July 13-15 (click here for more information). She will be announced with much fanfare by tournament organizers on Tuesday.

“As frustrating as it can be, I still love the game,” Gulbis said. “Last weekend, I wanted to break every single club in my bag. Today, I want get back out there and figure it out.”

Gulbis made a promising start last week at the Walmart NW Arkansas Championship, putting up a 69 in the first round to get into early contention, before faltering with a 74 to miss the cut. It was just her fifth start this year.

After seven months away while recovering from her last back surgery, she launched her comeback in April at the Hugel-JTBC L.A. Open. She made the cut, but it’s been a slow climb since, with four missed cuts.

“I haven’t had any issues with ball striking. It’s my putting, and course management mistakes. I’m making mistakes I feel like I made early in my career, but the more I play the more confident I am that it will work itself out.”

Gulbis played just five events last year, playing around back pain that returned in late spring of 2017. She hurt herself hitting a shot from a buried lie in the front of a bunker near season’s start.

“I took a couple weeks off, tried to recover, but I knew I needed surgery again,” she said. “I hoped I wouldn’t need it, that my back would repair itself, with some different modalities, hyperbaric chamber and rest, but it wasn’t helping.”

So Gulbis elected to have another discectomy, and she is grateful she did.

“Within just a couple weeks, I felt better than I had all year, since I was injured,” she said. “To be able to walk without pain, travel without pain, and just to be able to play golf again, forget the competition, was great. I like to play a lot.”

Gulbis had her first back surgery in 2008. She has been limited in how much she can practice since that first surgery, but she relishes the time she gets.

Making her return in Los Angeles was special, she said. There are so many new, young players on tour, but still so many old friends.

“It was like the first day of school and a high school reunion,” she said.

Scores still matter to Gulbis, but she keeps score in a lot of ways. The charitable function of tournament golf matters to her, as does growing the game.

“I enjoy being part of that,” she said.

It’s what continues to make her one of the game’s most devoted ambassadors. 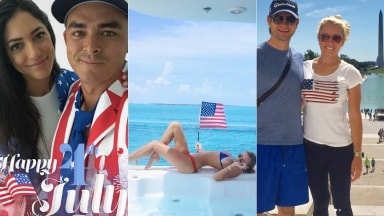 Your favorite pros celebrate the holiday in different ways, and Ms. Gulbis goes to Washington in this Fourth of July edition of The Social.