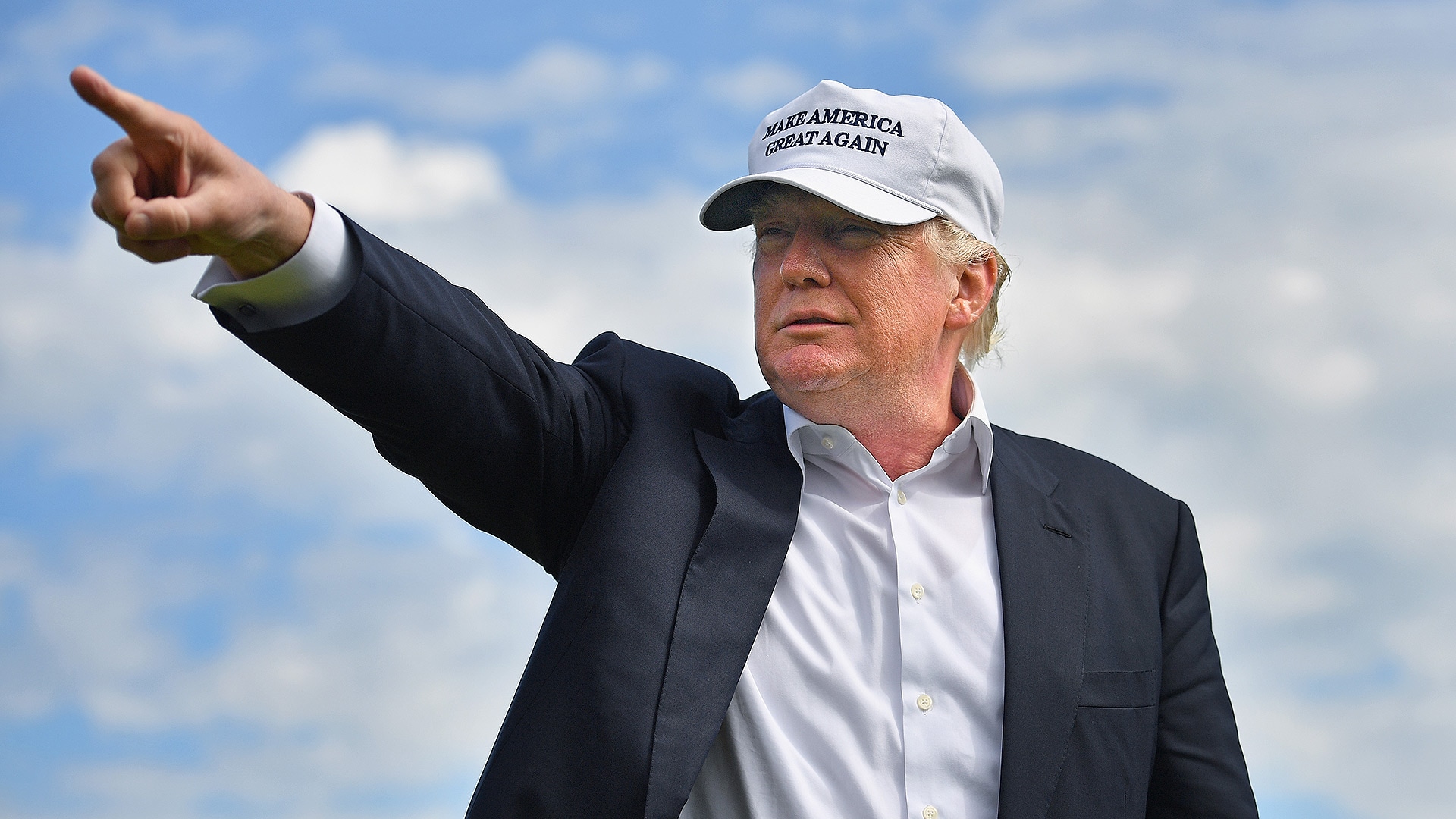 Women who will be teeing it up at the U.S. Women’s Open at Trump National Golf Club in Bedminster, N.J., in July got a sense last week of the challenges that await them.

Based on reports out of U.S. Women’s Open media day at Bedminster, and out of the Senior PGA Championship at Trump National in Washington, D.C., the shot-making challenges are only half of the rigor that awaits them at a Trump course.

In fact, players may want to consider some wardrobe adjustments, like Kevlar golf polos to deflect the criticism that is going to be aimed at them.

And flame retardant pants, to protect themselves from the hot seat awaiting in the media center.

It’s not going to be an easy week on or off the golf course with UltraViolet, Martha Burk and other activists outraged that women will be playing a major championship on one of Trump’s properties. It’s not going to be easy with media pundits stepping up criticism.

Champions Tour pros Fred Funk and Rocco Mediate got a taste of it at the Senior PGA Championship when they were confronted about the Trump logos they wear.

Women who tee it up at Bedminster won’t have to be wearing a Trump logo to move into the crosshairs. They will be found guilty of aiding and abetting Trump merely by showing up to play.

Earlier this year, UltraViolet co-founder Shaunna Thomas summed up the indictment every player who shows up at Bedminster will face. She said the USGA and LPGA are “giving millions in revenue, free advertising and branding to Trump, a racist, sexist, sexual predator” and they “should not be rewarding Trump’s bigoted brand and normalize his platform and policies that degrade women and divide our country.”

UltraViolet, a national group assembled to fight sexism and expand women’s rights, won’t have to fly “Dump Sexist Trump” banners over the U.S. Women’s Open the way it did over the LPGA’s Founders Cup and ANA Inspiration events. The message is going to hover with or without the actual signage.

“We are simply not going to cross that line into politics,” Davis said. “We appreciate that there are some out there that want to make this a political event, but this is a golf event for the United States Golf Association.”

Newark Star-Ledger columnist Steve Politi countered with logic hard to dismiss. He countered asking how Trump’s bragging to Billy Bush about making unwanted sexual advances against women on a tape recording in an “Access Hollywood” revelation could be construed as political.

Somebody will win the U.S. Women’s Open at Bedminster, but female players are all in a no-win situation trying to defend playing there.

There’s no fairway to hit with the questions coming to them. There are hazards everywhere in this kind of landscape.

The sad part is these players didn’t put themselves in this position.

The hard part for the LPGA and its players is that the USGA is such a strong and vital partner. The U.S. Women’s Open has done more for their advancement than any other event in the game. The USGA is a vital partner in the LPGA-USGA Girls’ Golf program. The USGA opens doors for female players.

The LPGA isn’t going to abandon an important partner that has done so many good things for women’s golf, even though LPGA commissioner Mike Whan made it clear early on he would like the event moved. Whan wasn’t going to harm a loyal partner once the USGA dug in with its intent to keep its championship at Bedminster. He’s standing with the organization.

Players aren’t going to boycott, either, because it would be like cutting off their noses to spite their faces.

The USGA made this bed, and now every woman who shows up to play at Bedminster will be sleeping in it with the Trump brand.