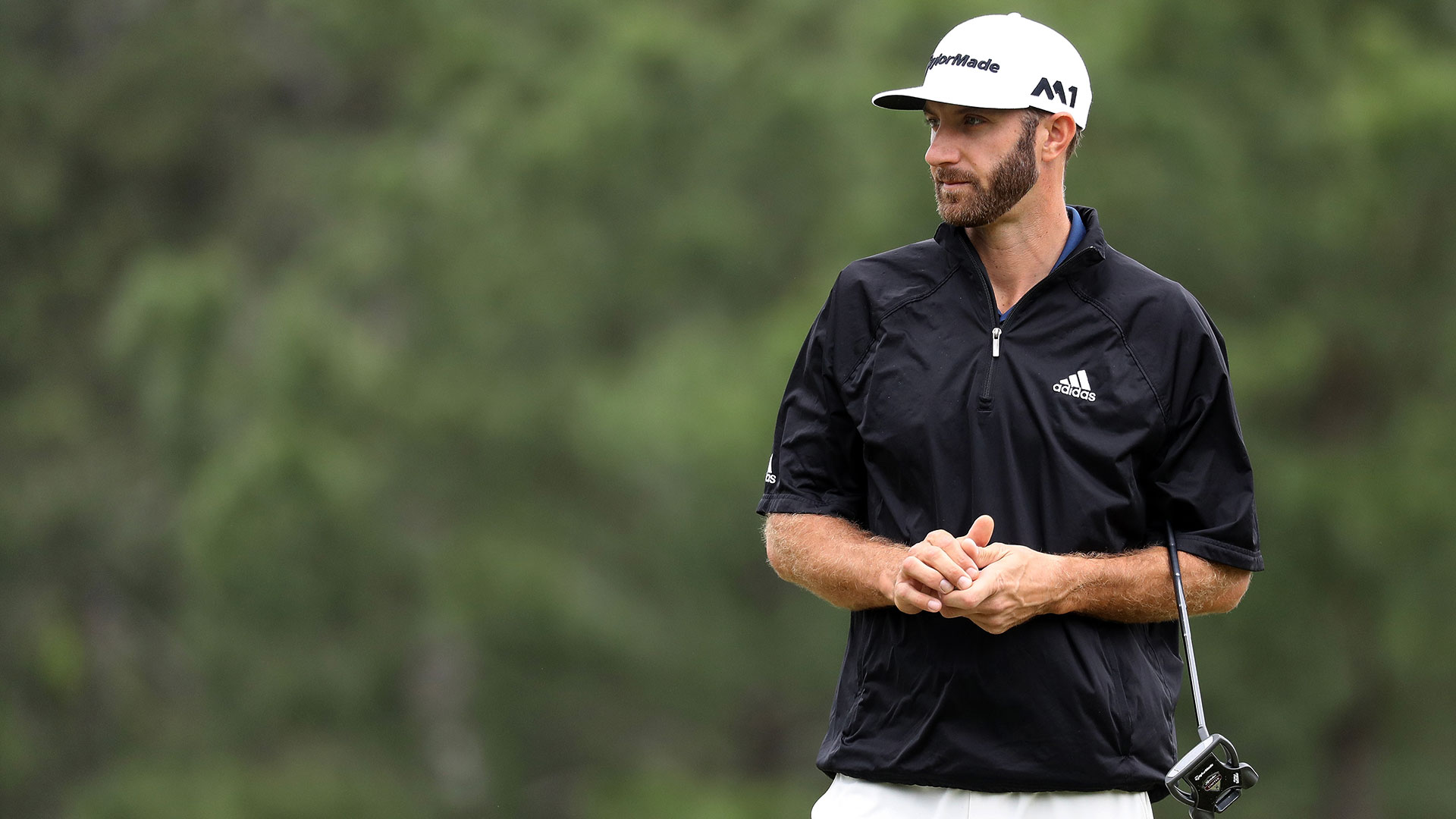 At 6 feet 4 and 190 pounds, he’s strong and athletic, as powerful and agile as you’ll find in the men’s game, a guy who can now delicately coax a wedge shot as impressively as he can obliterate a golf ball.

Here’s the funny thing, though.

Claude Harmon says the internal construction of the world No. 1 is just as impressive.

That’s the stunner here for a lot of folks.

Harmon says there is strength where a lot of people thought there was weakness.

He believes that just might make Johnson a sports psychologist’s dream.

“You would never think Dustin would be the perfect embodiment of everything a sports psychologist talks about, but he is,” said Harmon, who works with his father, Butch, as Johnson’s swing coaches. “He is probably the most positive athlete I have ever been around.”

The things sports psychologists work so hard to get players to understand, Harmon says it's almost second nature to Johnson.

There’s so much more failure in golf than any other sport, and it messes with players’ heads. Johnson compartmentalizes ruthlessly.

He doesn’t fret or brood over a lot of things he can’t control. He doesn’t beat himself up with regret looking back. He’s got a real gift in being able to learn a hard lesson and then move on.

For Johnson, that’s the story of his journey to No. 1. It’s the story of how he went from blowing major championship chances at Pebble Beach, Whistling Straits, Royal St. George’s and Chambers Bay to winning in the U.S. Open in tour-de-force style at Oakmont last year.

There has been strength in Johnson not overthinking things that just plain makes sense to him. His power is in deciding and doing without wavering.

“At the U.S. Open at Chambers Bay, even before that, people said that he wasn’t smart enough or tough enough, that losses didn’t bother him enough,” Harmon said. “He came across to some people as aloof.

“When people have asked him about the things that have happened to him, he’s always said,`I don’t want to waste a lot of energy and time on things I can’t change. The only thing I can change is the future.’”

So from big picture decisions, like his time away to address “personal challenges” in that six-month break in 2014, and committing himself fully to his young son and family, to smaller ones like learning to dial in his wedges and improve his putting stroke, Johnson hasn’t just remade himself as the world No. 1. He has remade himself as the man to beat at the Masters.

Johnson, 32, is the first player in 41 years to tee it up at the Masters coming off three consecutive victories, the first since Hubert Green came in that hot in 1976.

Johnson was asked if that adds any pressure to his quest to win the green jacket this week.

“I don’t know,” Johnson said. “It’s the first time I’ve been the favorite.”

Being the favorite seems to make it harder to win the Masters.

No betting favorite’s won the event since Tiger Woods won it in 2005.

There’s more than momentum working for Johnson in his play of late. There’s also Masters’ momentum. He didn’t have a top 10 in his first five starts at Augusta National, but he tied for sixth two years ago. He stepped it up again last year, getting himself in contention on the back nine for the first time on a Masters’ Sunday, ultimately tying for fourth.

Johnson’s game has never looked more suited to win the Masters, even with a fade as his new go-to shot. A draw is the optimum tee shot played at Augusta National, with so many dogleg lefts.

“If I need a draw, I'll just hit a 3 wood,” Johnson said. “No. 10 is really the only hole where I need to turn it over. Other than that, I feel like my fade works just fine on every hole.”

Johnson’s improved wedge game and improved putting will serve him well with a driver that still allows him to overpower holes.

Harmon believes Johnson’s attitude will continue to be an asset at the Masters.

“If I had gone into the media center Sunday night at Chambers Bay a few hours after what happened there that year and said, 'DJ is going go to win the U.S. Open at Oakmont and become the No. 1 player in the world.' I don’t think anybody would have believed me,” Harmon said. “Everybody would have said `There’s no chance. He’s an unbelievable talent, but he doesn’t drive it good enough. He doesn’t putt good enough. He’s not smart enough. He’s never reached his potential.’ But he did win. It’s a testament not only to what a great athlete he is, but how he is the most positive player.”