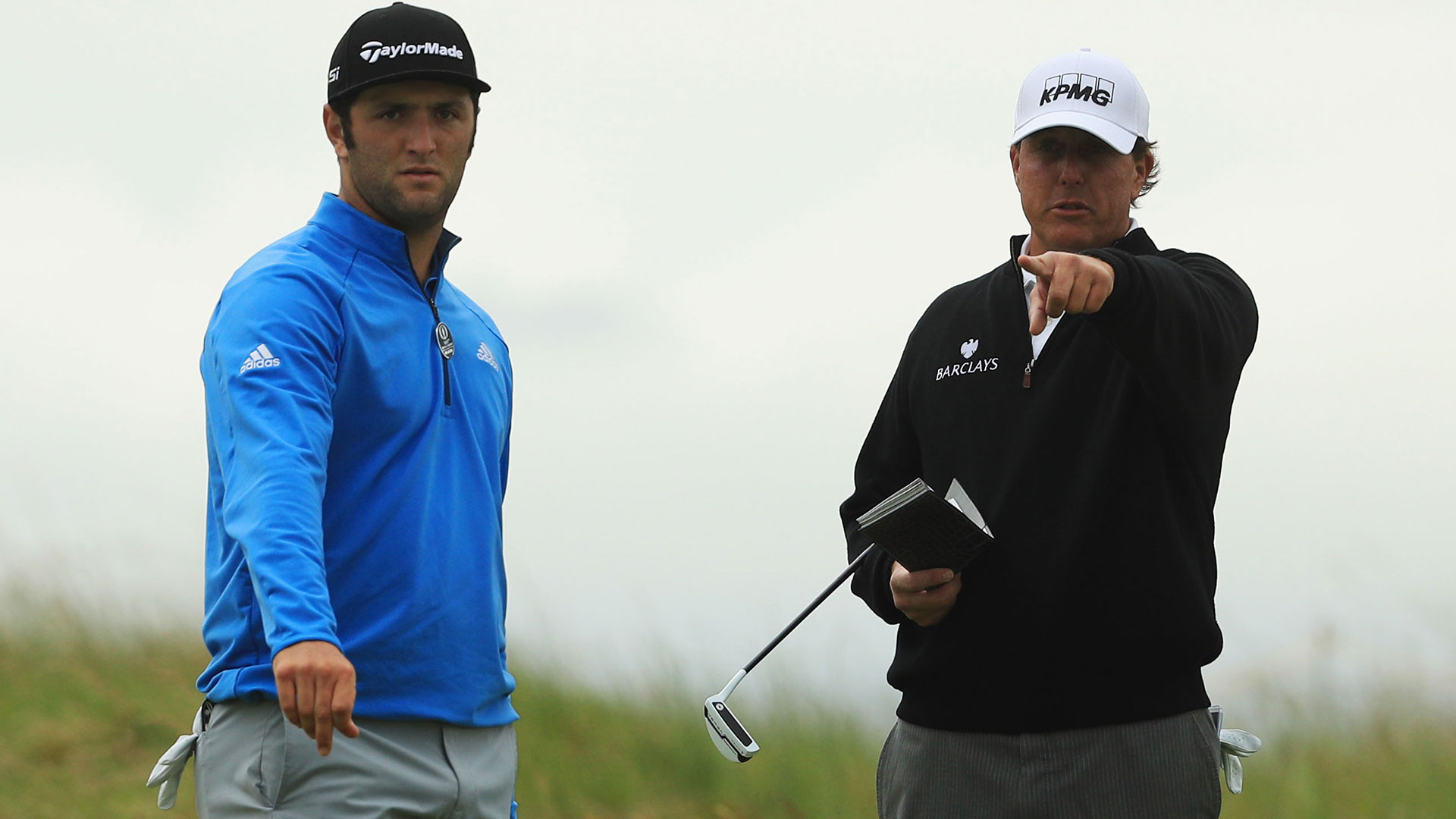 SAN DIEGO – Phil Mickelson pretty much warned everyone to duck.

Standing in the shadow of the 18th grandstand Sunday about a half hour before Jon Rahm ignited bedlam there winning the Farmers Insurance Open, Mickelson warned the world what kind of knockout punch the 22-year-old Spaniard is capable of delivering.

Mickelson said he took one of Rahm’s mighty blows not so long ago, at Whisper Rock in Scottsdale, Ariz., a course Mickelson designed.

Rahm did just that blitzing the back nine of the brutish Torrey Pines South Course, making eagle at the 13th to move into a four-way share of the lead before separating himself with a birdie at the 17th. He slammed the door on his maiden PGA Tour title holing a mesmerizing 60-foot eagle putt at the final hole to win by three shots.

After that last putt fell, Rahm let his inner Seve out, the great Seve Ballesteros, a fellow Spaniard Rahm said he idolized growing up.

From the archives: How Rahm turned into a star

Rahm showed a lot of Seve-like bravado on the back nine, especially making that eagle at the 13th, where he cooked his drive right into the fairway bunker. Instead of laying up at the par 5, Rahm grabbed a hybrid 4-iron and looked at his caddie, Adam Hayes.

“Right at it all day,” Hayes told him.

So Rahm did what Seve would have done. He went for it, blistering his approach to 18 feet to set up the eagle.

“It’s a Spanish mindset,” Rahm said. “I feel like we are pretty aggressive, right? I think that’s the mindset probably thanks to Seve, right?"

Sunday’s rendition of the Farmers Insurance Open was a wide open free-for-all early. Seven different players held or shared the lead until Rahm took charge on the back nine. He did so playing the final six holes in 5 under par, posting a 7-under-par 65 with a 30 on the back nine.

Rahm conjured memories of yet another icon. Rahm is the first player to win the Torrey Pines Tour stop in his first start since Arnold Palmer in 1957.

“To be able to get my first win on Tour here, it doesn’t get much better than that,” Rahm said.

“I’ve played a couple times with him, and let’s just say I will only be his partner from now on,” Mickelson said. “I haven’t been able to beat him.”

A lot of folks will say they saw Rahm’s breakthrough coming. He was, after all, a former World Amateur No. 1 and a two-time Ben Hogan Award winner as the best collegian in the land. But those folks didn’t see what Rahm had to overcome acclimating to life at Arizona State. They didn’t see the challenges outside golf.

“I grew up in a small town,” Rahm said. “The language barrier was hard.”

When he first arrived at Arizona State, Rahm barely spoke English. The small-town kid from Barrika, Spain, said he was bewildered when he walked into his first class at Arizona State and there were 375 students in an auditorium-style classroom.

“I thought it was a movie theater, and I was in the wrong place,” Rahm said. “It was a macroeconomic principles class. I’ll never forget it.

“I came from a high school where the biggest class was 30 people.”

Rahm adapted quickly with some unusual tactics. Tim Mickelson would make him do “burpees” when he caught him speaking Spanish in a team setting. That’s an exhausting kind of push up. And there was this other odd thing.

“Memorizing rap songs in English actually helped me out a lot,” Rahm said.

Rahm memorize Kendrick Lamar’s “Swimming Pools” and Eminem’s “Love the Way You Lie” and other songs.

“You can look them up, they’re good,” Rahm said.

“I kind of treated him as my dad in the United States,” Rahm said.

Tim said Rahm’s talent isn’t all that wowed him when he was recruiting Rahm. In the media center after Sunday’s victory, Tim said he watched Rahm as a 16-year-old finish second at the European Boys’ Championship in Stockholm, Sweden. What Tim saw off the course sold him.

“Jon was disqualified,” Tim said. “He played with 15 clubs in his bag, but he didn’t realize that until after he got back to his hotel room. Now, as a 16-year-old kid, he probably could have gotten away with it, but he went and told his coach. I knew just what kind of quality kid he was.

“He’s one of the most genuine guys you’ll meet.”

And a golf star in the making.

Again, Phil Mickelson will attest to that.

“Jon doesn't have weaknesses,” Phil said. “Every part of his game is a strength. I think he's one of the best players in the world. There's an intangible that some guys have, where they want to have the pressure put on them, they want to be in that tough position. They want to have everything fall on their shoulders. He has that.”

Rahm showed the world Sunday he’s got that.

After struggling in his title defense on the Champions tour, Phil Mickelson made an ace in a corporate outing on Monday. 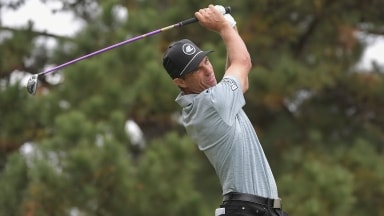 Steven Alker shot a 9-under 63 on Friday, while Phil Mickelson shot a 71 and John Daly withdrew at the senior tour's playoff opener.