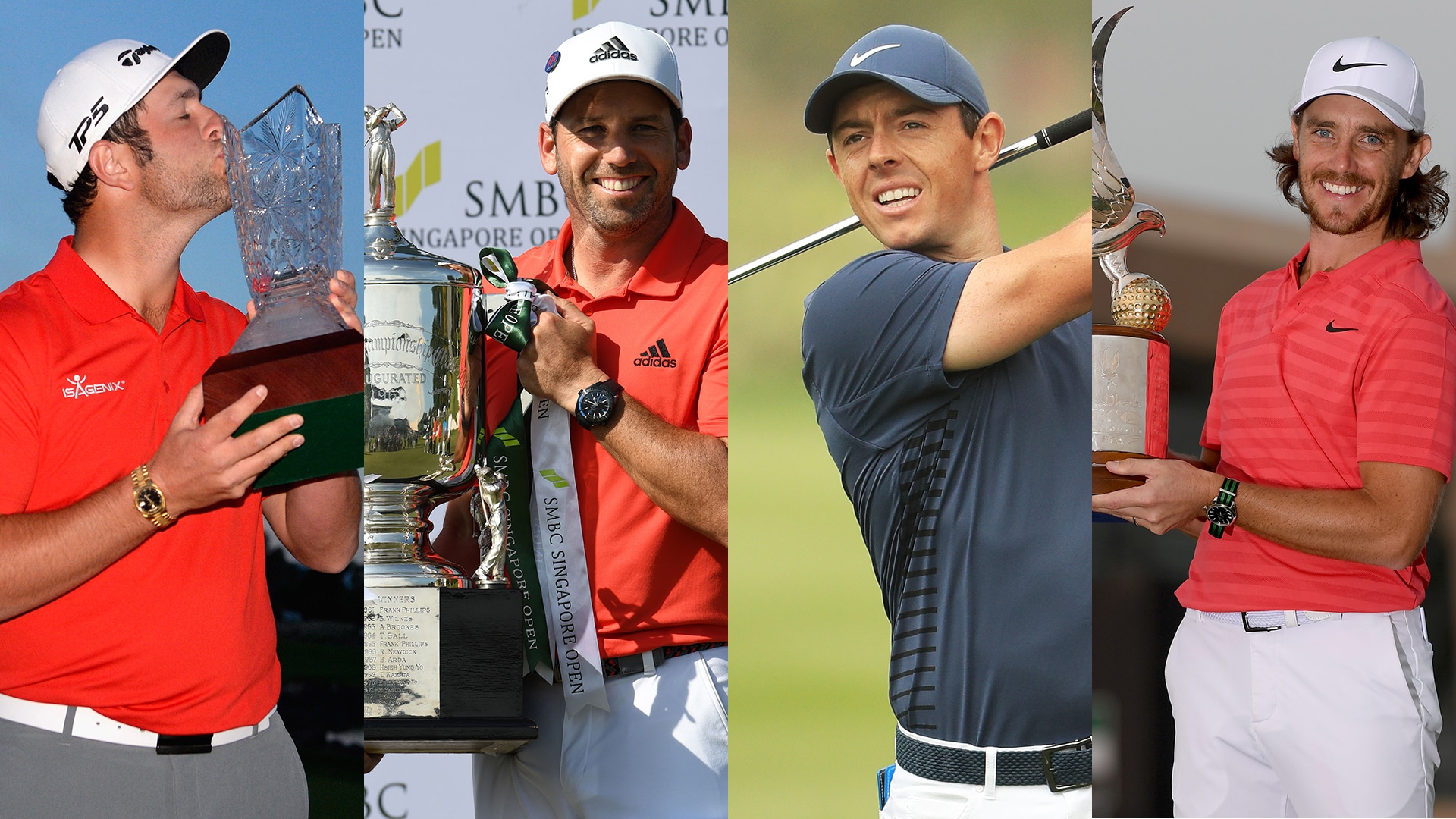 The Ryder Cup may not be the King Kong of golf events yet, but you can hear the biennial international team event thumping its chest a full eight months out.

As anticipation for this year’s big events goes, there is more buzz about Europe’s bid to hold off a rejuvenated American effort in Paris in September than there is about the Masters coming up in April.

And the provocative bulletin board material a certain Sports Illustrated writer provided the Europeans a couple months ago, with a stinging assault on the Euro chances that read like an obituary.

McIlroy was asked in a news conference before his 2018 debut last week what he was most excited about this year.

Though McIlroy will be trying to complete the career Grand Slam at Augusta National come April, he talked more about the Ryder Cup than he did any of the game’s major championships.

When asked a follow-up about the American team’s resurgence after a task-force overhaul and the injection of young, new star power, McIlroy nearly started breaking down the matchup. He talked about the young Americans and how good they are.

“Yeah, the Americans have been, obviously, very buoyant about their chances and whatever, but it’s never as easy as that. ... The Ryder Cup’s always close,” McIlroy said. “I think we’ll have a great team, and it definitely won’t be as easy as they think it’s going to be.”

McIlroy may have been talking about Alan Shipnuck’s bold prediction after the American Presidents Cup rout last fall.

Or similar assertions from TV analysts.

“The Ryder Cup is dead – you just don’t know it yet,” Shipnuck wrote. “One of the greatest events in sport is on the verge of irrelevancy. The young, talented, hungry golfers from the United States, benefitting from the cohesive leadership of the Task Force era, are going to roll to victory in 2018 in Paris.”

European Ryder Cup captain Thomas Bjorn won’t find words that will motivate the Euros more than that as he watches his prospective players jockey to make the team.

And, boy, did they jockey last weekend.

The Euros dominated across the planet, not that they did it with the Ryder Cup as some rallying cry, because they didn’t. But it was a heck of an encouraging start to the year for Bjorn to witness.

Spain’s Jon Rahm won the CareerBuilder Challenge on the PGA Tour, England’s Tommy Fleetwood started the week at Abu Dhabi paired with American and world No. 1 Dustin Johnson and won the European Tour event, and Spain’s Sergio Garcia won the Singapore Open in a rout on the Asian Tour.

And McIlroy looked close to being in midseason form, tying for third in his first start in three months.

Yes, it’s only January, and the Ryder Cup is still a long way off, with so much still to unfold, but you got an early sense from McIlroy how much defending European turf will mean to him and the Euros in Paris in September.

The Masters is great theater, the U.S. Open a rigorous test, The Open and the PGA Championship historically important, too, but the Ryder Cup touches a nerve none of those do.

The Ryder Cup stokes more fervor, provokes more passion and incites more vitriol than any other event in golf.

More bulletin board material, too.

Yeah, it’s a long way off, but you can already hear the Ryder Cup’s King Kong like footsteps in its distant approach. Watching how the American and European teams come together will be an ongoing drama through spring and summer.