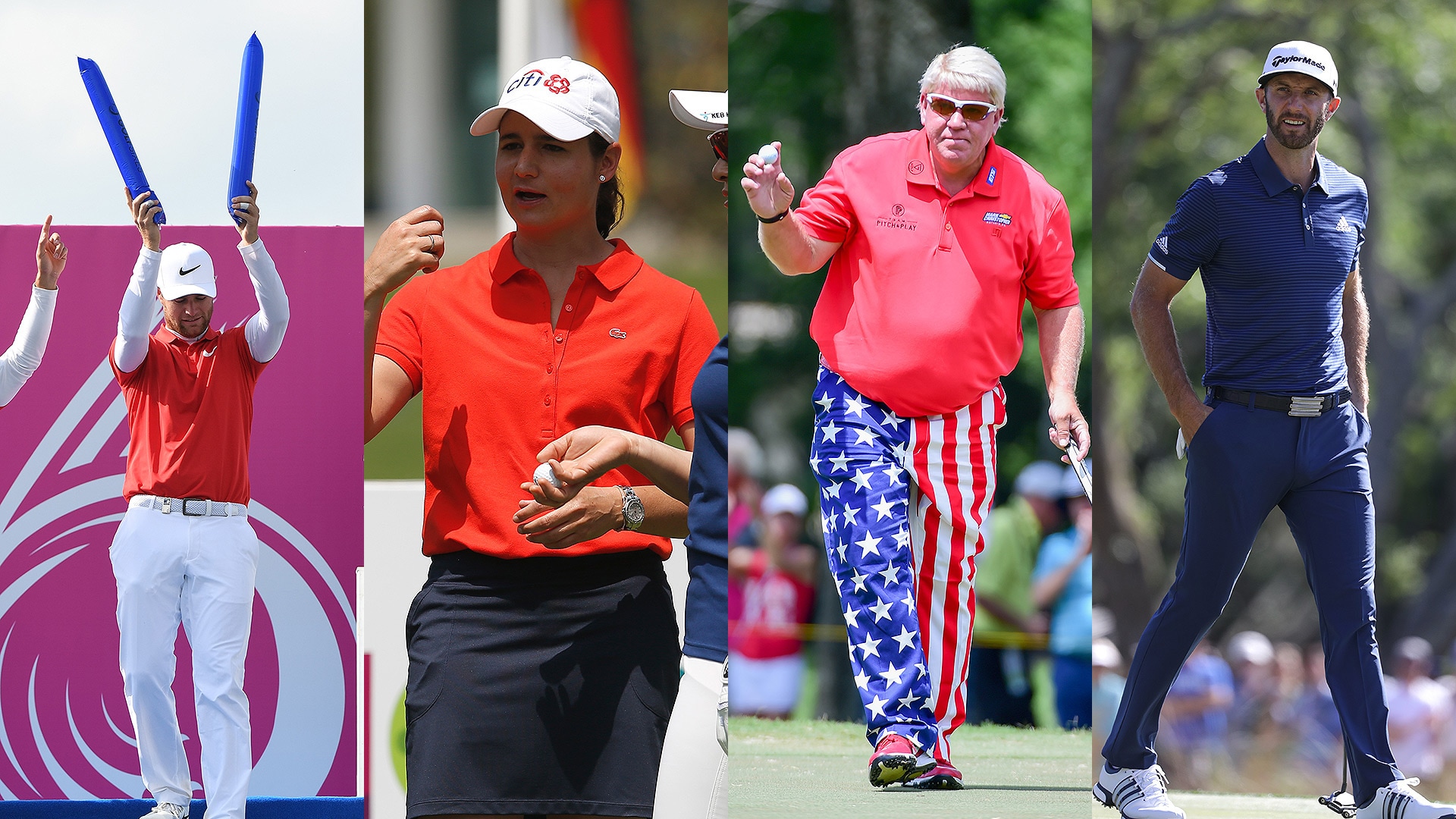 Going GolfSixes with the rants this week, with six short bursts:

The ball is in the PGA Tour’s tee box now.

The European Tour’s GolfSixes, like its cousin, the World Super 6 Perth, wasn’t perfect last week, but as an innovative experiment designed to reach outside golf’s niche to a younger generation, it was another promising turn.

The flashy pyrotechnics and jarring sounds and scenes so unnatural to golf, with the rock music and mascots, probably made traditionalists cringe, but tradition may be in trouble if the game doesn’t keep figuring out ways to appeal to today’s “Fast and Furious” culture.

If a title sponsor helps put up a $1.5 million purse, then the sponsor ought to get to do what it wants with at least one sponsor exemption. It is, after all, a “sponsor” exemption, and it’s always rubbed this observer wrong to hear players complain about who gets a sponsor exemption.

The ShopRite Classic will get some criticism with India’s Sharmila Nicollet winning one of its sponsor exemptions off a Twitter poll Monday, though she isn’t just another pretty face. She’s a Ladies European Tour pro. With the criticism, the tournament also will receive a lot of extra attention, which is exactly what it wanted.

Green reading ought to be one of the skills of playing the game. That’s what Adam Scott, Ian Poulter, Justin Leonard and a lot of other players think. There’s an art and feel to green reading that’s fundamental to playing. The USGA and R&A are right to look at banning green reading charts and materials, but they ought not to do so because they believe they are fundamentally pace-of-play issues.

Lorena Ochoa will be inducted into the World Golf Hall of Fame in September, but she’s still floating in limbo outside the doors to the LPGA Hall of Fame.

Ochoa, who hosted the Citibanamex Lorena Ochoa Match Play last week, more than met the LPGA’s points requirement for Hall of Fame entry, amassing 37 points, 10 more than she needed. But she retired early in her eighth season on tour. She needed 10 full years of service to meet the Hall of Fame’s membership requirement.

Wow, Dustin Johnson takes a tumble down a staircase before the Masters, is out for a month recovering from injury, and then nearly wins the Wells Fargo Championship in his return last week, falling just short in his bid to join Tiger Woods and Ben Hogan as the last players to win four PGA Tour starts in a row . ..

If he’s careful on the staircases, DJ could own the summer with three majors to be played over the next 14 weeks.

Should we marvel over the fact that John Daly won again, overcoming so many of the personal demons that have set him back over the years?

Or should we wonder what might have been, what talents may have been wasted as he succeeds on the PGA Tour Champions?

The appeal of Daly is that his flaws somehow ultimately made him more lovable, that his demons made his adoring fan base relate to him all the more. There’s an odd kind of magic in that, in a social media world so quick to condemn.