Ryu making her own legend 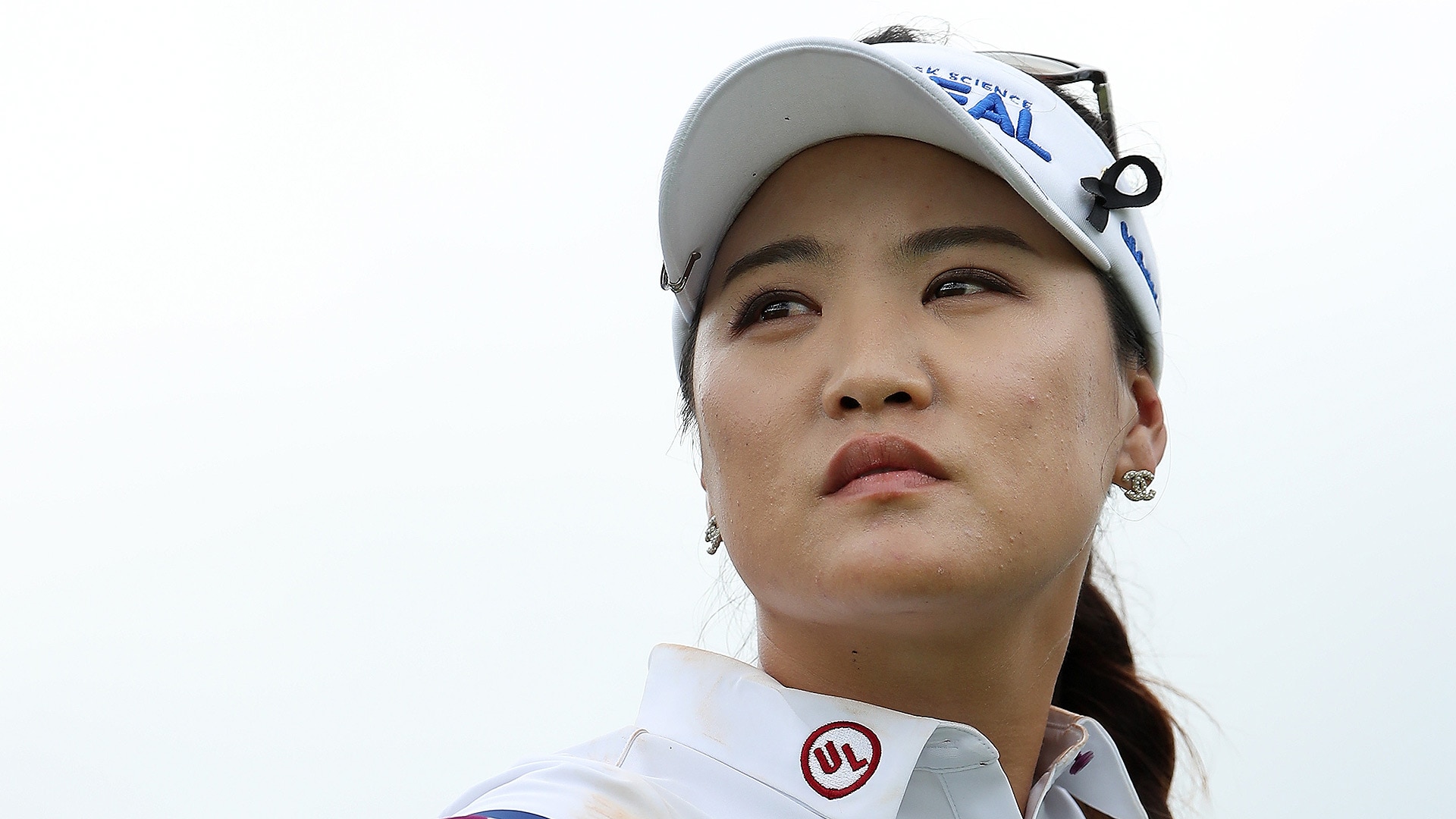 Thompson was all the buzz in Wednesday’s pro-am at the Kingsmill Championship, skydiving from 10,000 feet into the first fairway before her tee time. Strapped to a Navy SEAL in a tandem jump, Thompson dramatically promoted her new charity benefitting the families of wounded and fallen special ops forces.

Come Thursday morning, Thompson was almost immediately the story here again, soaring to the top of the leaderboard with a 6-under-par 65.

Ryu played right in front of Thompson, where she couldn’t help hearing the celebrations that Thompson was setting off with five consecutive birdies coming home.

Behind the bleachers at round’s end, as Ryu answered a reporter’s questions, Thompson passed a walkway into scoring, drawing the clamor of adoring fans who wanted the American star’s autograph.

It seems like it’s been like this for Ryu since she beat Thompson six weeks ago in that controversial ending to the ANA Inspiration.

Ryu won her second major championship that day, but she did so in an awkward ending with so much of the focus on Thompson and the four-shot penalty Thompson was assessed on the back nine of that final round.

In the rules debate that ensued, Ryu never got the credit or acclaim a major champion usually enjoys.

How has the fallout affected Ryu?

“She’s been accepting,” said Cameron McCormick, her swing coach. “So Yeon is the sweetest person in the world.”

McCormick knew that before he watched Ryu approach Thompson on the driving range at the Texas Shootout three weeks ago, the first event Ryu and Thompson played together since the ANA. McCormick watched Ryu hug Thompson before heading off to warm up for the first round.

“Lexi wrote something very nice about me in her Instagram right after the ANA,” Ryu said, explaining the hug. “She congratulated me and said she didn’t want anything that happened to take away from my victory. I told her that probably wasn’t easy to write after a loss, and I told her I really appreciated that. I also told her I thought she handled herself very well afterward.”

Ryu says she understood the uproar that followed the ANA, but she’s human, and it was difficult knowing her story wasn’t being told, that the risky overhaul she made to her game wasn’t going to be detailed or fully appreciated.

“It was such an uncommon situation, so I understood, but I’m not going to lie,” Ryu said. “There wasn’t a lot of joy, seeing a different story being told. But, you know, I thought about Lexi, about the heartbreaking situation she was in, and I thought about things differently.

“I decided, let’s win another major, and I’ll make my story later.”

Tom Watson, Ryu’s caddie, said the uproar that followed the ANA, the debate over the two-shot penalty Thompson got for incorrectly making her ball in the third round and the additional two-shot penalty she got for signing an incorrect scorecard, left Ryu briefly wondering if Ryu really deserved to win.

“The first few days after, I think it was hard for her,” Watson said. “She struggled thinking maybe she didn’t really win, but Lexi lost. We talked about that, and she came to understand that she played some great golf over the last five holes that day, when anything could have happened.

Ryu’s victory didn’t come as a surprise to the people closest to her. Before the 2016 season, Ryu left her long-time coach Ian Triggs to go to work with McCormick, who also works with Jordan Spieth.

“She made massive changes,” Watson said.

Ryu assigned Watson the task of finding a new coach after the 2015 season, and he led her to McCormick.

“Before, she had an almost straight-out wrist cock, early in the takeaway, with the face of the club going open right away, with the toe in the air when her hands were hip high,” Watson said. “Now, the club face is more neutral.”

Watson said the face stays more on plane with Ryu’s spine tilt throughout the swing.

“She feels like she’s very, very closed, going back with her arms and shoulders,” Watson said.

“Before, my ball flight was way too high,” Ryu said.

Ryu said McCormick created a foundation that has added to the repertoire of shots she can hit, that he has made imagination a new weapon in her arsenal of shots.

Ryu was one of the best ball strikers in the game when she went to McCormick, but Watson believed she was too one-dimensional with her ball flight.

“So Yeon is a lot more creative now, and that’s probably the biggest change in her game,” Watson said.

The risks Ryu took to make these changes is the story that wasn’t told when she won the year’s first major.

Back when she first started working with McCormick, Ryu struggled getting comfortable.

“She wasn’t certain it was the right thing to do,” Watson said.

Ryu was at a crossroads, but she committed so thoroughly to the swing changes that she moved to Dallas to be near McCormick, who is based there.

Through seven starts this year, Ryu has a victory and two second-place finishes. She hasn’t finished outside the top 10 in any of those starts.

Ryu is also one of the best total drivers in the women’s game, ranking 24th in driving distance (261 yards per drive) and 36th in driving accuracy. She’s 16 yards longer per drive than she was two-and-a-half years ago.

“She seems even longer than that,” Watson said.

Mostly, Ryu says she has more belief in her game.

The ANA victory was Ryu’s fourth career LPGA title, her first in two-and-a-half years. She won the U.S. Women’s Open in 2011, before she was an LPGA member, and there was pressure in her South Korean homeland to validate it with another major.

“Sometimes, when you can’t win, you feel like you’re a failure,” Ryu said. “So, I really had to do some talking to myself, to tell myself, `You’re not a failure, you’re just in this process of going from good to great.’”

Ryu opened this year feeling good about her game, and even better about it when she finished second in her season debut at the Honda LPGA Thailand.

“I definitely felt like a win was coming, that it was just a matter of time, but I didn’t want to push myself too much,” Ryu said.

So what Ryu believes about winning the ANA matters.

“It validated the first major,” McCormick said. “It validates all the hard work a player puts in, all the time you spend in the mind, so to speak, figuring out the infinitesimal gains in precision that are necessary to compete on the world stage.”

Ryu isn’t looking to validate yet another major now, but she would like to win a third so she can better share the story behind what it takes to win one.