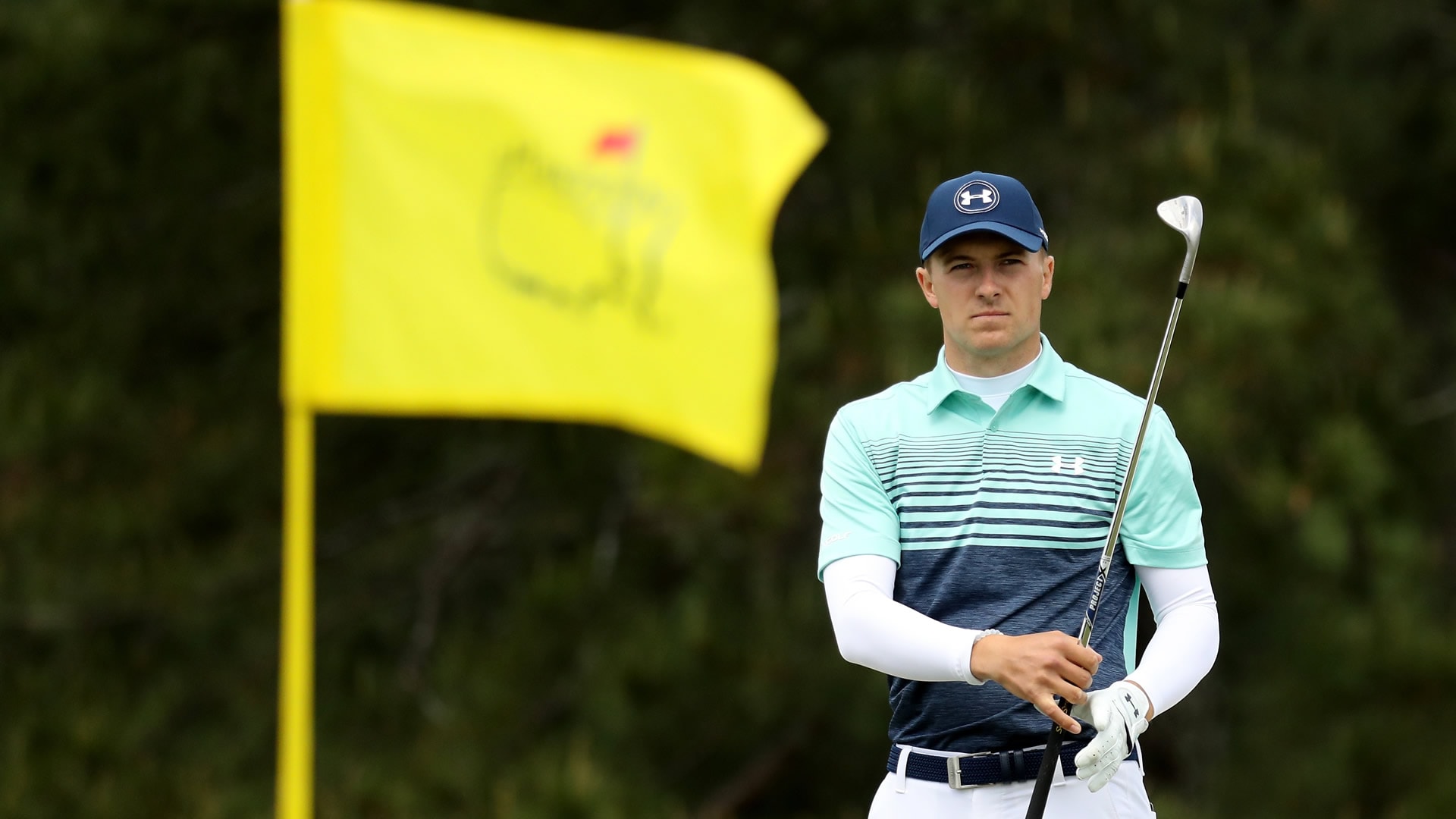 AUGUSTA, Ga. – Jordan Spieth got knocked on his butt again Thursday at the Masters.

He got busted in the chops again on the back nine at Augusta National.

Spieth, though, sounded undeterred after signing his scorecard, because he knows he wasn’t alone this time, and he knows there’s so much more time to recover this year.

With winds gusting up to 40 mph, the first round was mostly about who could endure a beating.

Spieth sounded like a guy eager to show he can take a punch, and that just might be what it takes to win this kind of Masters.

“Looks like something in single digits could win this,” Spieth said. “I certainly can still shoot single digits.”

A year ago, Spieth took the kind of punch that can dizzy a player for the rest of his career. He made a quadruple bogey-7 at the 12th hole in an epic final-round collapse that cost him back-to-back Masters titles.

In his return there Thursday, Spieth safely navigated his way through the 12th with a par, but he got walloped with another punch on the back nine he didn’t see coming.

At the 15th, Spieth rinsed a wedge shot, spinning it off the front of the green and back into the water. He made another quadruple bogey, an ugly 9 there that included some uncharacteristically clumsy short-game mistakes.

That’s the highest score Spieth has posted in his 13 rounds at the Masters.

No player has ever recorded a score higher than a 7 on any hole and gone on to win the Masters.

“I'm going to probably need to play something under par tomorrow, which adds maybe bit of pressure that I wouldn't have put on tomorrow, because I was thinking even par for the two days was a good score,” Spieth said. “I feel like I need to snag something tomorrow, but do it through patience and taking advantage of the par 5s.”

There was so much focus on Spieth Thursday, with anticipation high for his return to the 12th.

The grandstand was packed full when Spieth got there. Patrons were lined shoulder to shoulder, teeming around the tee box, waiting to cheer Spieth through this.

It wasn’t exactly an ideal arrival, though,

Jeunghun Wang was making a mess of the hole in front of Spieth. Wang airmailed the green, searched the woods for his ball, then marched back to the tee box to play again. It added to the tension there with Spieth waiting.

When Spieth finally made his way on to the tee, he got a standing ovation.

“I always have nerves walking to that tee, I always have,” Spieth said. “It was a tough today, because you don't know exactly what the wind is going to do to the ball.”

Spieth wasn’t surprised at the welcome he got at the 12th tee. Past Masters champions are always welcome there. He was more surprised by the reaction his tee shot got when he hit the back of the green.

“I was a bit surprised at how loud the cheer was when my ball landed about 35 feet away from the hole,” Spieth said. “But I was relieved to see it down and on the green.  I guess everybody else felt that maybe more than I did.”

Spieth followed with a birdie at the 13th to get within one shot of the lead before fading.

“I struck the shot well, I just hit the wrong club,” Spieth said. “I struck it very solid, but I used a club that would spin instead of one that would maybe take the spin off.’

Spieth took a penalty drop and moved up to 78 yards, thumping that shot over the green. Then he chipped 30 feet past the hole and three-putted for his 9.

It didn’t take long for Spieth to rebound. He birdied the 16th and made a nice par save at the 18th to keep from drifting too far back.

“I got three rounds to go,” Spieth said.