Thompson beats Ko at her own game in Indy 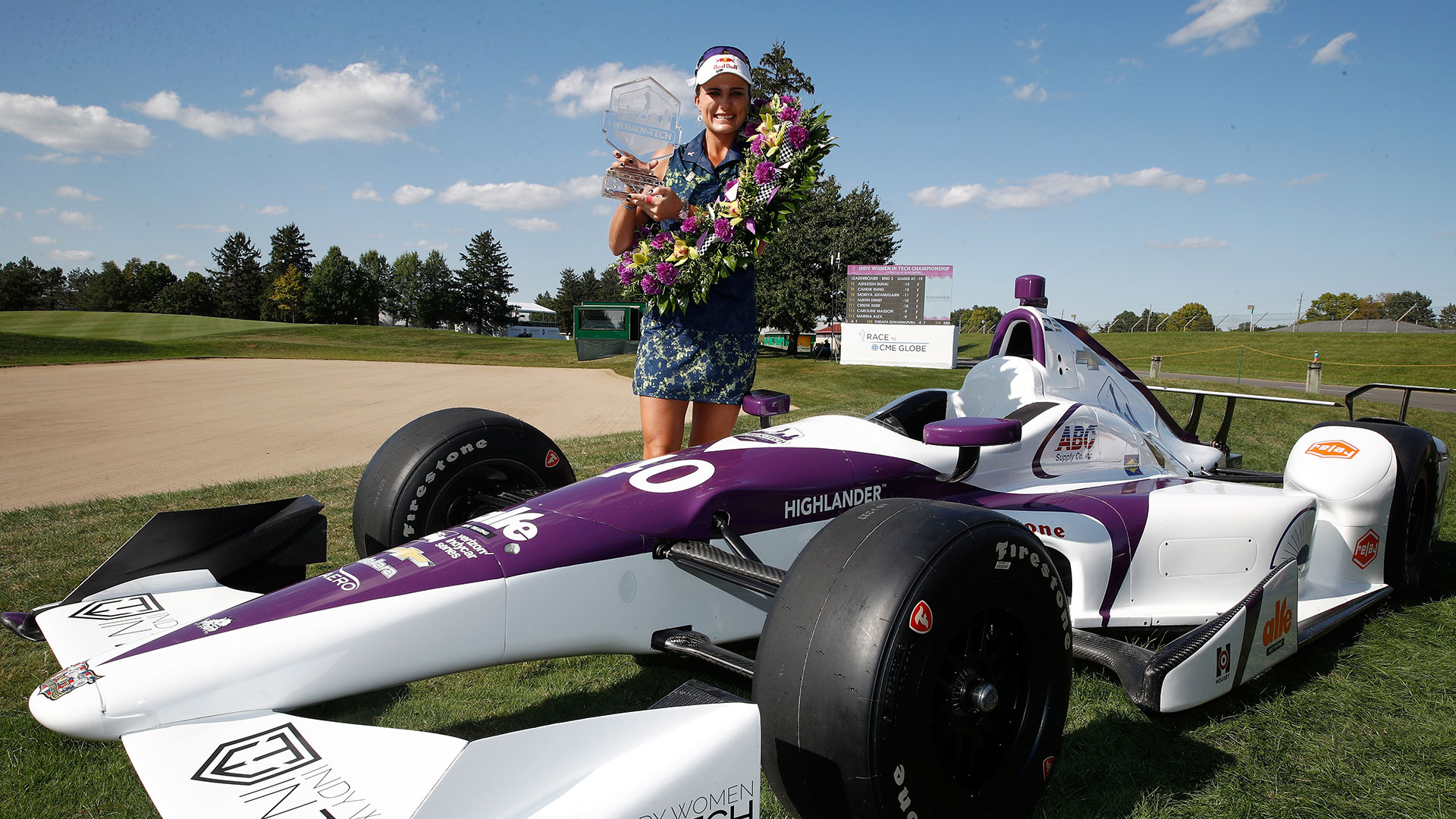 Lexi Thompson overpowered Brickyard Crossing Golf Club all week, but that isn’t why she pulled away from Lydia Ko and everyone else Saturday in a wire-to-wire victory at the Indy Women in Tech Championship.

Thompson beat Ko at her own game.

Thompson outplayed her on and around the greens.

Thompson’s devotion to improving her putting and short game in the offseason has taken her to another level, something she showed making her ninth LPGA title look easy before she hopped in a Corvette Stingray and took a victory lap at the Indianapolis Motor Speedway. The final four holes at Brickyard Crossing are inside the speedway’s 2.5 mile oval track.

Thompson, who got the car up to 122 mph, was all in on the racing traditions, kissing the bricks after hoisting her trophy, and then swigging from a bottle of milk before dousing herself with what was left in the bottle.

Thompson lapped the field, so to speak, winning comfortably on the Pete Dye designed course. She relished having a big lead after finishing runner-up five times this year, three times in playoff losses.

“It was great for me, just to show how much my hard work has paid off,” Thompson said. “That’s always the best feeling.”

Tied with Ko at day’s start, Thompson closed with a 4-under-par 68 for a four-shot victory, her second LPGA title this season.

Full-field scores from the Indy Women in Tech

Thompson hit just eight fairways and 11 greens in regulation on Saturday, her untidiest ball-striking effort all week, but she showed off upgraded scrambling skills that make her look poised to challenge So Yeon Ryu for Rolex world No. 1. Thompson will move up a spot in this week’s ranking, back to No. 2.

Yes, Thompson slammed one tee shot after another past Ko, averaging 291 yards per drive for the week, 59 yards more than Ko, but Thompson won with her new-found touch.

This more well-rounded game makes Thompson look like the player to beat at next week’s Evian Championship, the year’s final major championship.

While Ko was disappointed in the end, she was encouraged giving herself her best chance to win in what has been a frustrating year.

“I just wasn't putting as well as I did the last few days, and that makes a huge difference,” Ko said. “When you're in the final round, final group, you kind of want those putts to drop and unfortunately that wasn't happening for me.”

Ko was looking to win her 15th LPGA title, her first in more than a year, but Thompson distanced herself in the middle of the round.

Tied with Ko stepping to the ninth tee, Thompson made back-to-back birdies to pull two shots ahead. She moved four ahead when Ko stumbled to a double bogey at the 11th.

After hitting her drive in the middle of the fairway, Ko found her ball sitting down in a divot. With a 9-iron in hand, she thumped her approach hard, only to watch her ball hit the front of the green and then spin back, into the rough. She chopped a chip from there, racing it past the hole and through the green, where she chipped again, this time to 5 feet but missed the putt.

Thompson walked off the green with a four-shot lead and wasn’t challenged the rest of the way, even after hooking her tee shot at the 16th into the water, where she scrambled to make a nice bogey.

While it wasn’t the final round Ko wanted, closing with a 72, she recorded a second-place finish, a promising effort in what was becoming a disappointing summer. She arrived in Indianapolis off two missed cuts in her last three starts.

“I had a great time being in this position,” Ko said. 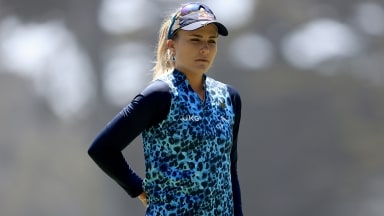 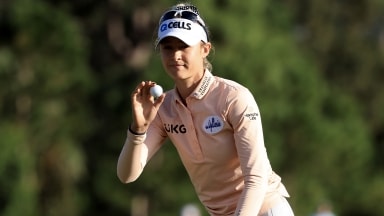