Thompson turns putting around in time for ANA 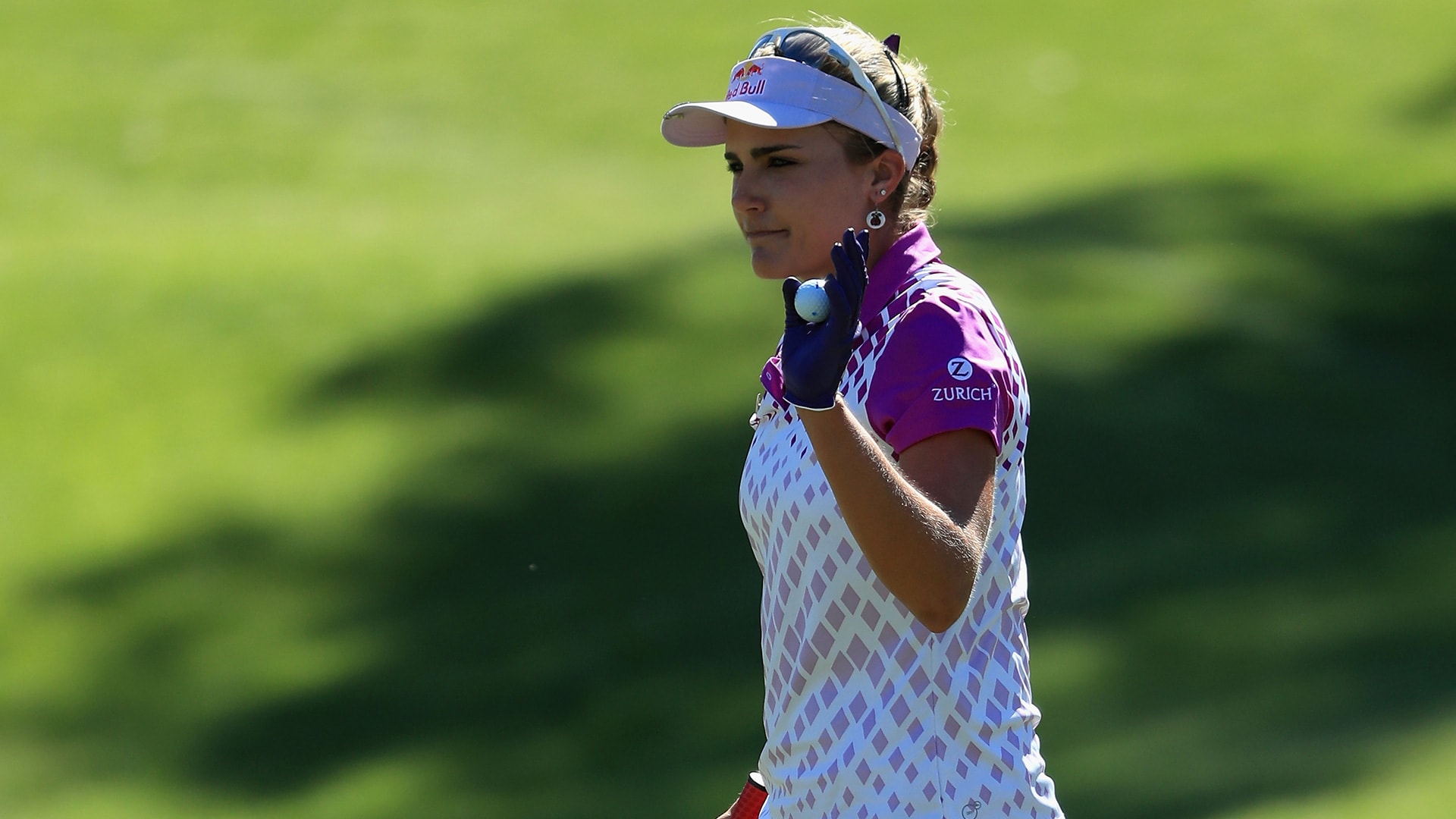 RANCHO MIRAGE, Calif. – Lexi Thompson doesn’t technically have a swing coach, and that’s because she trusts her father’s eyes so much.

But Scott Thompson doesn’t feel like a coach when he’s on the range with his daughter these days. He feels like a cheerleader.

“This is the best Lexi’s ball striking has been for this long a period of time,” Scott said after watching Lexi post a 4-under-par 68 for a share of the lead with Ai Miyazato in the second round of the ANA Inspiration. “When I’m out on the range with her now, she’ll say, `OK, dad, how’s the swing look?’ I’m like, `I don’t see anything wrong.’ And it’s been like that for about eight months. I feel like a spectator. She’s just been striping it.”

Actually, that’s what made the 115-mile drive from Carlsbad to Rancho Mirage after the Kia Classic Sunday feel like such a long trip. Lexi finished 19 shots behind Lydia Ko there. It was all putting. Lexi hit 17 greens on Friday, 16 on Saturday and 17 again on Sunday, but she didn’t take fewer than 34 putts in any of those rounds.

Lexi was wasting all that good ball striking, and she knew it.

So on that long ride to the ANA Inspiration, Lexi turned to her father.

“I’m changing everything,” Lexi announced. “I can’t putt any worse than that. I’ve hit rock bottom.”

Five days later, Thompson was soaring, all the way to the top of the leaderboard at Mission Hills, taking the lead at the year’s first major championship. She rolled in a 30-foot birdie at the last to go to 7 under overall. She broke loose with a big smile with a roar washing over her in that finish.

Scott has watched his daughter flash a lot of smiles this week.

Thompson is comfortable at Mission Hills and the Dinah Shore course. She can pound her driver around here, and she’s strong enough to muscle wedges out of the thick rough when she misses fairways. She can also get creative. She hooked a wedge around a tree at the 15th to hit that green in regulation and scramble to a par.

Two years ago, Thompson showed what she can do on this course when she combines her power game with a hot putter. She broke through to win her first major.

“I absolutely love this golf course and just this area,” Thompson said. “I'm always in such a good mood when I come here and drive around. There are just a lot of great memories that it brings back.”

Even Scott was surprised by the bold changes Lexi made practically on the eve of the year’s first major. She completely ditched the practice of closing her eyes while putting. She won the Honda Thailand doing that five weeks ago. She narrowed her stance this week, and she ditched her favorite mallet putter for an RX5, an exotically shaped design by Cure Putters.

“She’s never been that open minded about trying a lot of putters,” Scott said. “And she really likes a certain shape of putter.”

When Lexi said she was changing everything, she meant it. The Cure’s RX5 looks like something Industrial Lights & Magic would design. While the face is long and flat, the back of the putter is unusual. From behind, it looks like a pair of binoculars fashioned to the bottom of a club shaft.

“Putting is all about confidence, and the putter change, to the Cure, has helped me a lot,” Thompson said. “I feel a lot more comfortable over putts this week.”

Thompson says she is comfortable standing farther from the ball than players typically do, and that causes the putter toe to point up. The Cure is adjustable, allowing her to change the angle of the shaft to fit her stance while keeping the putter parallel to the ground.

Scott says it isn’t just the birdie chances dropping that Lexi likes seeing. It’s her improved lag putting with the RX5. That’s been important to this fast start.

“She hasn’t had any stressful par putts,” Scott said. “None. She’s been tapping in for par. She isn’t putting 4 footers for par anymore. The 4-footers might be for birdie, but they aren’t for par. That’s huge.”

With Thompson’s ball striking so dangerous, the putting gives her another huge chance at a major this weekend.