Too nice to intimidate, Ko lets her game do it 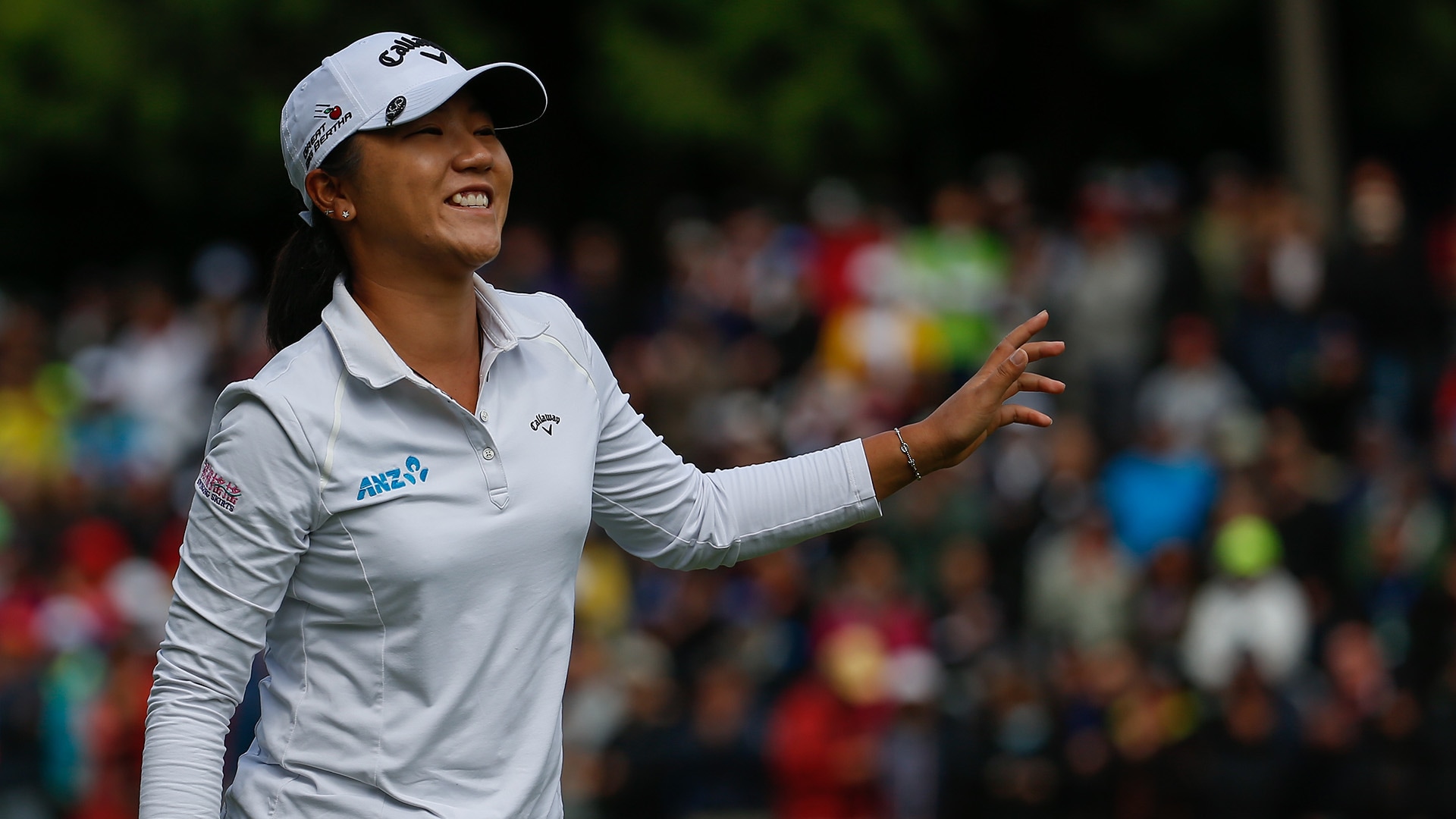 SAMMAMISH, Wash. – Lydia Ko’s name ought to strike fear in the hearts of players trying to catch her Sunday at the KPMG PGA Women’s PGA Championship.

She ought to be making her colleagues resent her growing dominance by now.

But how do you fear and resent somebody who opens their golf bag in the middle of a round and offers you the peaches, mangos and cherries her mother packed her?

Cherries, by the way, with the pits already removed.

“I ate out of her bag all day,” Brittany Lincicome said.

Ko’s name sits atop the leaderboard at the KPMG Women’s PGA Championship, and that ought to make some knees wobble among players trying to catch her. At 19, Ko is already so formidable under pressure with the biggest prizes in the game within reach. She won the Evian Championship late last year closing with a 63. She won the ANA Inspiration in April sticking a wedge to a foot to birdie the final hole. Ko is so hard to beat because she so rarely beats herself, but she’s too sweet natured to intimidate the pack of players trying to beat her.

Just ask Lincicome and Tiffany Joh. They played alongside Ko on Saturday.

“There was a lot of banter,” Lincicome said. “It was such a fun group.”

By day’s end, though, Ko had the most fun playing.

With her 1-under-par 70 on Saturday, Ko became the player to beat at Sahalee Country Club.

There are 16 players within four shots of the lead, but there’s only one with a chance to win a third consecutive major.

Babe Zaharias was almost 40 when she became the first woman to win three consecutive major championships.

Pat Bradley was 35 when she won three in a row.

Mickey Wright was 27 when she did it, and Inbee Park was 24.

“I don't really think about it when I'm out there playing,” Ko said. “I'm just trying to play my best and trying to hit that shot in front of me. I only know about these records after you guys tell me.”

But she’s trying not to think about records within reach.

“It's really cool to obviously have my name in those records amongst those amazing players,” Ko said. “That's the really cool thing about it, but when I'm out there I'm not thinking so much about records and what could happen, et cetera.

“Numbers sometimes are just numbers. All you can do is try your best.”

And share the peaches, mangos and cherries your mother packed you.