U.S. off to another rough start in International Crown 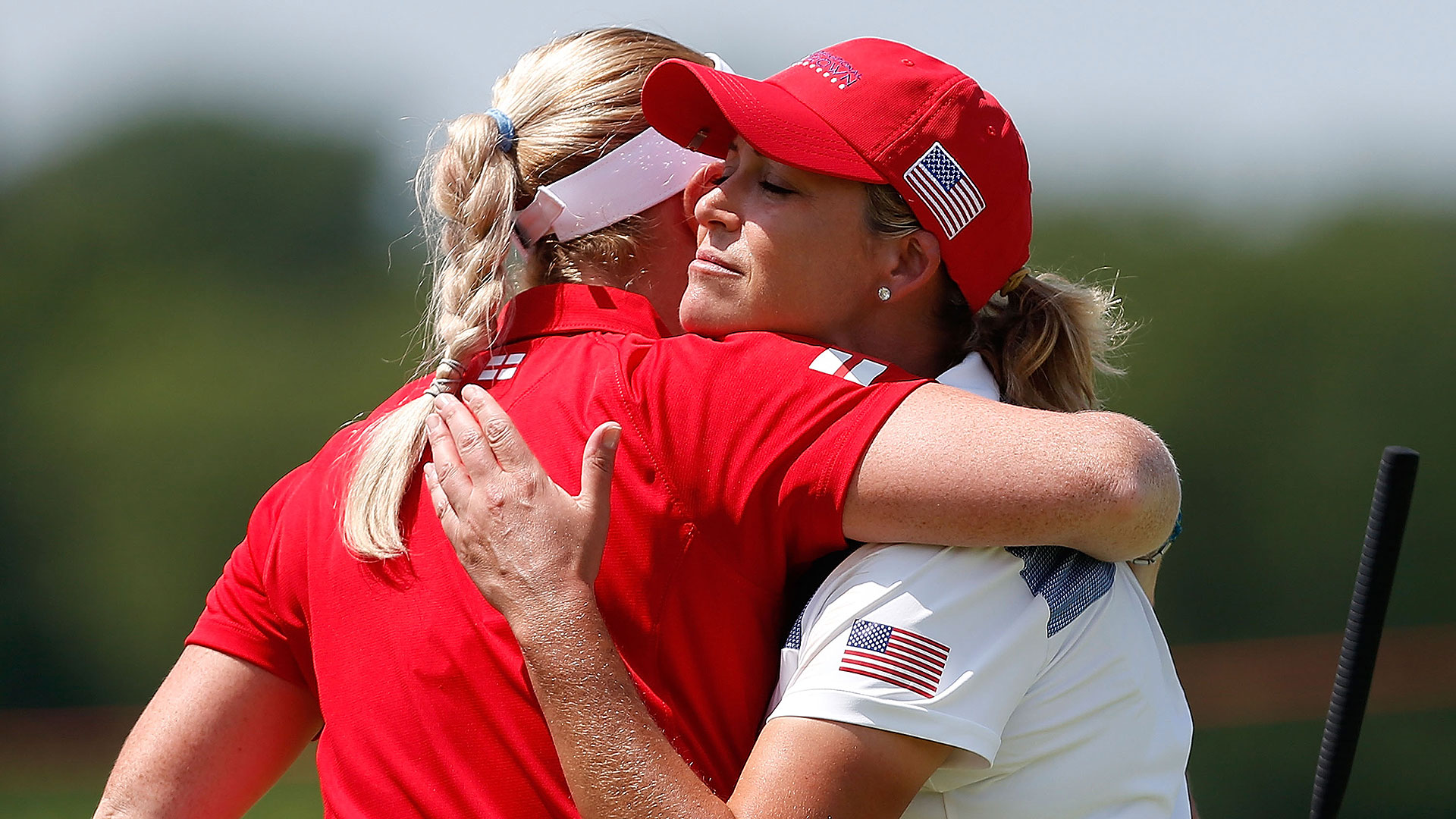 England swept the United States on Thursday in the opening round of the biennial international team event at the Merit Club.

The sweep puts the Americans in a hole, just as it did two years ago, when they were swept by Chinese Taipei in the opening matches of the inaugural event and then ended up failing to advance out of pool play.

The United States is dead last in Pool B, joining the Australians as the only teams failing to put a point on the board in the opening fourball matches. The challenge doesn’t get a whole lot easier with the Americans meeting Thailand, a rising Asian golf force, in Friday’s fourballs.

Jodi Ewart Shadoff teamed with Holly Clyburn to defeat Lexi Thompson and Cristie Kerr, also by a 2-and-1 score.

Hull made six birdies and an eagle. She was 8 under through 17 holes on her own card.

Lewis and Piller were 6 under as a combined best-ball score.

“Charley made everything she looked at,” Lewis said. “We kind of had a lot of swings of momentum. We kind of got it early, and then they took it back as we made the turn. I thought we got some momentum back on 15, and then Charley makes an eagle putt. It was just really back and forth, and the match was really tight all day.”

It was a wild match, with seven lead changes.

There were 18 birdies total in the match and two eagles, with the English making both eagles.

Hull rolled in a 12-foot eagle putt at the 16th to move England 1 up, and then she closed out the match stiffing a shot at the 17th to 5 feet and then rolling in the birdie putt.

“I just love playing in this kind of environment, especially when you are a bit of an underdog,” Hull said. “I just like proving people wrong, and it just makes you go out there, gives you a little bit more of a buzz.”

Hull, 20, has already shown a knack for team golf in her professional career. She is 6-2 in her two Solheim Cup appearances.

The English team, who seem to have some special chemistry, making fun of each other all week, especially relished the underdog role against the Americans.

“I think we just get fired up beating you guys whenever, really,” Reid told American reporters. “You guys are very, very strong so, so it's always nice to beat you guys.”

England vs. the United States was almost like a mini-Solheim Cup.

“There's obviously a rivalry there, and we knew we were going to have to play well, both groups today, to get the four points,” Reid said. “Yeah, we're very, very proud that we took those four points. We're a small nation, but we respect you guys, and, obviously, we really do want to beat you, as well.”

The Americans may find themselves in a familiar hole, but these Americans have something special going for them.

Thompson, Lewis, Piller and Kerr were all members of the U.S. Solheim Cup team that mounted the greatest comeback in the history of that event beating the Europeans in Germany last fall.

“I felt like we played good golf today,” Lewis said. “That's what this format is, you play good golf and you're going to lose matches, and that's the way it goes. We're going to go out there and play good golf again, and hopefully we get on the good side of it. We're still in this thing, and we've just got to take care of business tomorrow.”

The English upset was particularly impressive because it came against the two most formidable pairings the Americans had in their Solheim Cup victory last fall. The Lewis/Piller and Thompson/Kerr teams were 4-0-1 in Germany.

“The whole day was just really awesome,” Shadoff said. “To see [Charley and Mel] win, too, it’s really impressive, especially against pretty much the toughest team out here.”