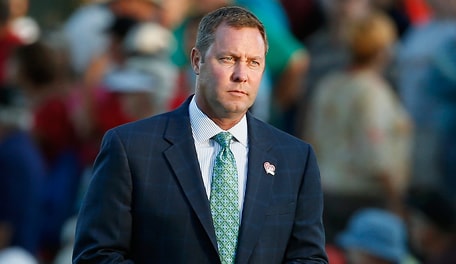 The LPGA’s schedule is almost maxed out.

It’s another testament to the rebuilding job commissioner Mike Whan has orchestrated since taking over the tour five years ago.

With Whan announcing Wednesday that the new Volvik Championship in Michigan is officially being added to next year’s schedule, the LPGA calendar is nearly full, as Whan envisions it. The Volvik Championship is scheduled to be played May 26-29 at Travis Pointe Country Club in Ann Arbor. That’s over Memorial Day weekend.

If the Reignwood Classic in China returns as expected in 2016, the LPGA is looking at a schedule of 33 official events next year. That’s 34 overall events with the unofficial International Crown included.

Almost from the day he became commissioner five years ago, Whan has said he believes 34 official events are optimum.

“Somebody said, ‘Why would you stop there?’” Whan said. “I think at the LPGA, we can’t get away with having only two of the top 50 in the field of an event and have the sponsor be happy, TV be happy and have our ratings stay high. I found out pretty quickly that over the history of the LPGA, top players play three, four, maybe five weeks in a row. They don’t play 17 weeks in a row. So we try to build a schedule like that.

“With 33 or 34 events, we can take strategic breaks through the year. We can have an off-season, which both the players and the commissioner prefer. We take a couple months off between Thanksgiving and the middle of January. So when you put those things together, and avoid some monster weeks, like the Masters and men’s majors that take over the airwaves, that gives us 34 saleable weeks, which is where we really are as a tour.”

Whan has rebuilt the LPGA schedule from an anemic 23 events in 2011.

Whan says the beauty of having a manageable schedule of 34 tournaments is that it enhances every event.

“The exciting thing for me is the first five years I spent as commissioner was about growing the schedule,” Whan said. “In my last year and a half, it’s really been about making the events we have bigger.”

The Volvik Championship is scheduled as a 72-hole event with a field of 144 players and a $1.3 million purse. Volvik signed a three-year contract as title sponsor.

In rebuilding the LPGA schedule, Whan has expanded both international and domestic opportunities. The 2016 schedule looks as if it will feature 23 domestic/North American events, including the International Crown. That’s up from 14 just four years ago.

“I think when I started, I talked a lot about being a global tour, about embracing playing worldwide, and I think a lot of players kind of cringed, like ‘Uh-oh, we’re going to be nomads going all over the world,’” Whan said. “I want to be a lot like our sponsors. I want to have a hometown. I want employees to feel like we live in the same area, but I want to make sure we reach out and grow globally.

“I like tennis, but I find tennis moves around so much. I don’t know where their home is. Most of their players don’t live in the same country. They live wherever they live and just fly to events. In the case of the LPGA, I find most players were moving to America. They were building homes here, making this their base. I want to give them a home base for their tour. You look at the LPGA now, you have to say we’re very global, we’re willing to go, but we’re very committed to this being our home. North America is our home, and that’s where we’ve really invested in events.”

Next year’s schedule also looks as if it will feature nine more full-field events than it did just four years ago.

“We definitely needed to add full-field events,” Whan said. “We wanted to make sure we weren’t just adding events, but opportunities.

“You never have enough full-field events to make the membership – with a capital M – happy. I get that. There’s nothing worse than being on the LPGA tour and then watching somebody else compete in Malaysia. That really becomes obvious this time of the year, when we’re only taking 62 to 64 players for the next few events.”

Whan said it’s unlikely the Asian events will ever become full-field events with cuts, especially those at the end of the schedule, because of travel and other logistics. He said year-end limited field events will probably continue to serve as bonuses for players who earned enough money to qualify to play in them. There are no cuts in those events.

“When they go over there now, they know they’re making money,” Whan said. “That’s why everybody goes and the fields are so strong.

“Some players might not like it, but the bottom line is you had all season to play yourself into them. As Stacy Lewis said to me one time, it’s almost like dessert. If you eat well at dinner, you get to go over to Asia to have dessert.” 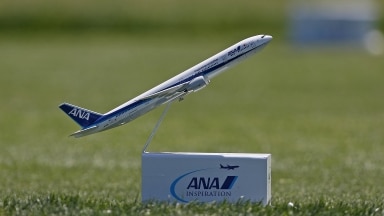 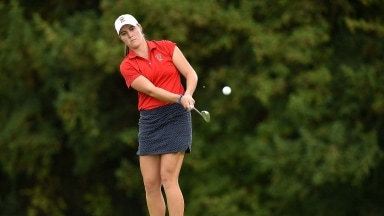 Randall's Rant: No amateurs at Q-Series

The spirit of amateurism isn’t technically being violated at LPGA Q-Series, but compared to the pros who are playing for their livelihood, amateurs have a safety net that allows them to free wheel. 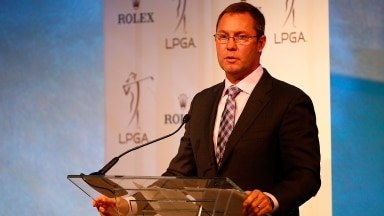 The LPGA announced Tuesday that it is returning to Indianapolis with a new tournament next year.