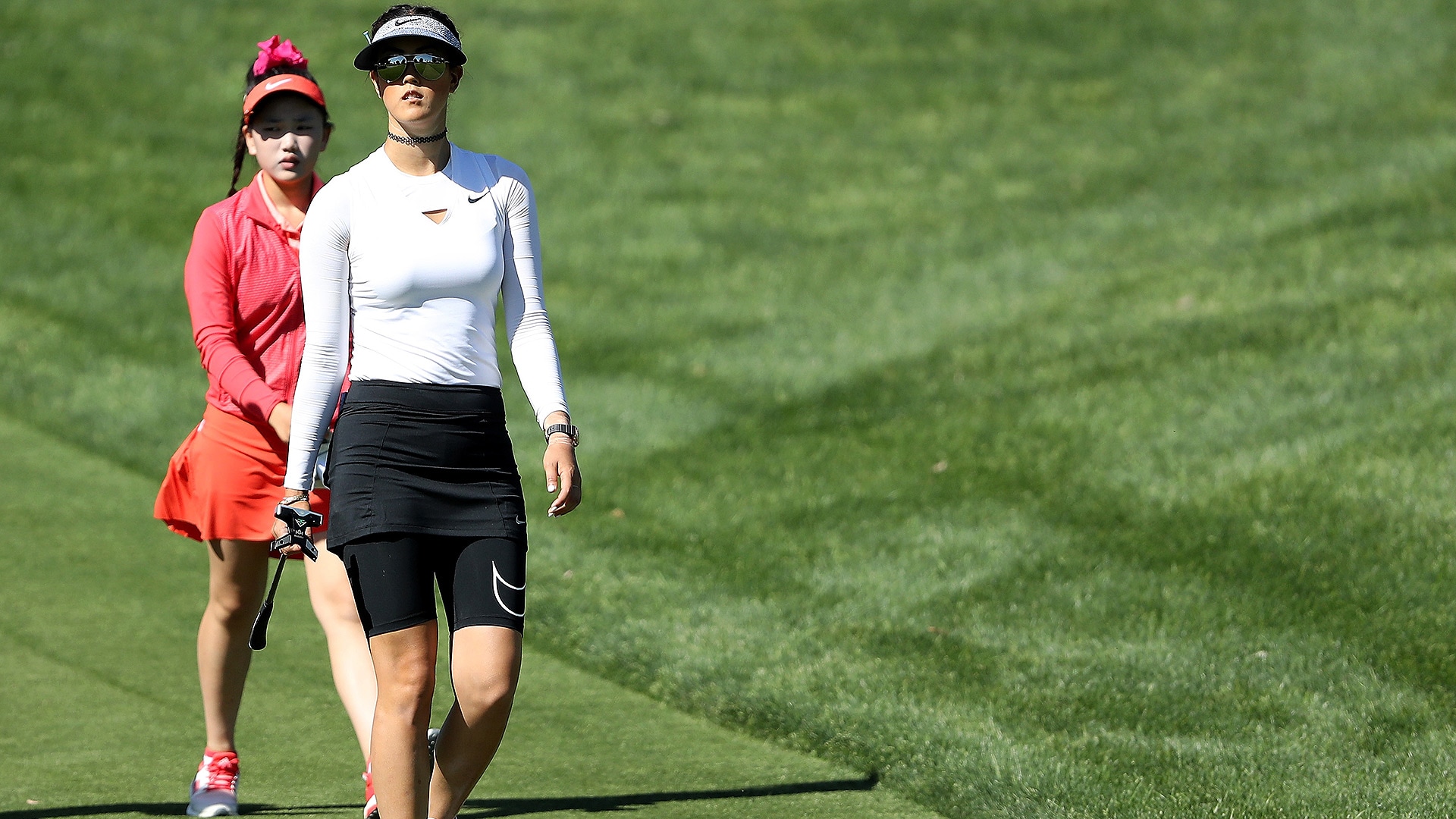 RANCHO MIRAGE, Calif. – Memories came flooding back to Michelle Wie Thursday as she climbed the leaderboard at the ANA Inspiration.

Playing alongside teen phenom Lucy Li will do that.

Wie’s 27 now, but she doesn’t have to dig deep for memories of her debut as a 13-year-old who contended for the title at the old Kraft Nabisco.

Wie laughed, though, when asked if looking over at Li brought flashbacks.

“I feel like no one really called me cute back then,” Wie said.

How does Wie remember reactions to her debut?

Wie is 6 feet tall today, and she was practically that tall when she played her way into the final Sunday pairing with Annika Sorenstam back in 2003.

Li is nearly a foot shorter and petite.

Wie made herself laugh, and that’s what kind of day this pairing was. It was a feel-good match of the veteran and phenom.

With a 4-under-par 68, Wie is back on the leaderboard at Mission Hills. She left the morning wave just one shot behind Karine Icher, and Li wasn’t far behind, either. The 14-year-old amateur from Redwood Shores, Calif., shot 71.

Wie and Li have a special connection from their U.S. Women’s Open appearances at Pinehurst in 2014. Wie won the title. Li was 11 there, the youngest player in the history of the championship to qualify.

How young is Li?

She wasn’t even born yet when Wie made her Kraft Nabisco debut.

Still, Li keeps impressing with how grown up she is, in and outside of golf. She is an A student who ought to be a high school freshman but has soared two grades beyond that. She’s a junior with interests that make it clear she isn’t home schooling just to make golf easier.

Li’s interests outside golf make her sound as if she’s 14 going on 30.

No, she isn’t reading the Hunger Games or Mockingjay.

The book’s a Pulitzer Prize winning biographical portrait of the 16th president of the United States. Bookreporter.com calls it a resource for “serious scholastic usage.”

What else interests Li?

“I've always been interested in history, and kind of like law stuff, so I guess that's why, because politics is kind of tied into that,” she said. “And, just, having an older brother, he explains a lot of the psychology to me. It’s just really interesting to me, yeah.”

Li is one of six amateurs who qualified this week. She did so winning the ANA Junior Inspiration last weekend. After her U.S. Women’s Open appearance, Li didn’t rush into a lot of national events. While she won the PGA Junior last summer, and was also the youngest qualifier for the U.S. Women’s Amateur, she plays mostly Northern California junior events, though she’s planning on trying more AJGA events this summer.

Wie liked what she saw in Li’s game and demeanor.

“I was very impressed with her game and how she handled herself out there,” Wie said. “She was very calm and collected, and she played well.

Wie was asked if she gave Li any advice.

“I don’t think she needs advice,” Wie said. “I think she’s doing fine on her own.”