Wie determined to regain confidence after 80 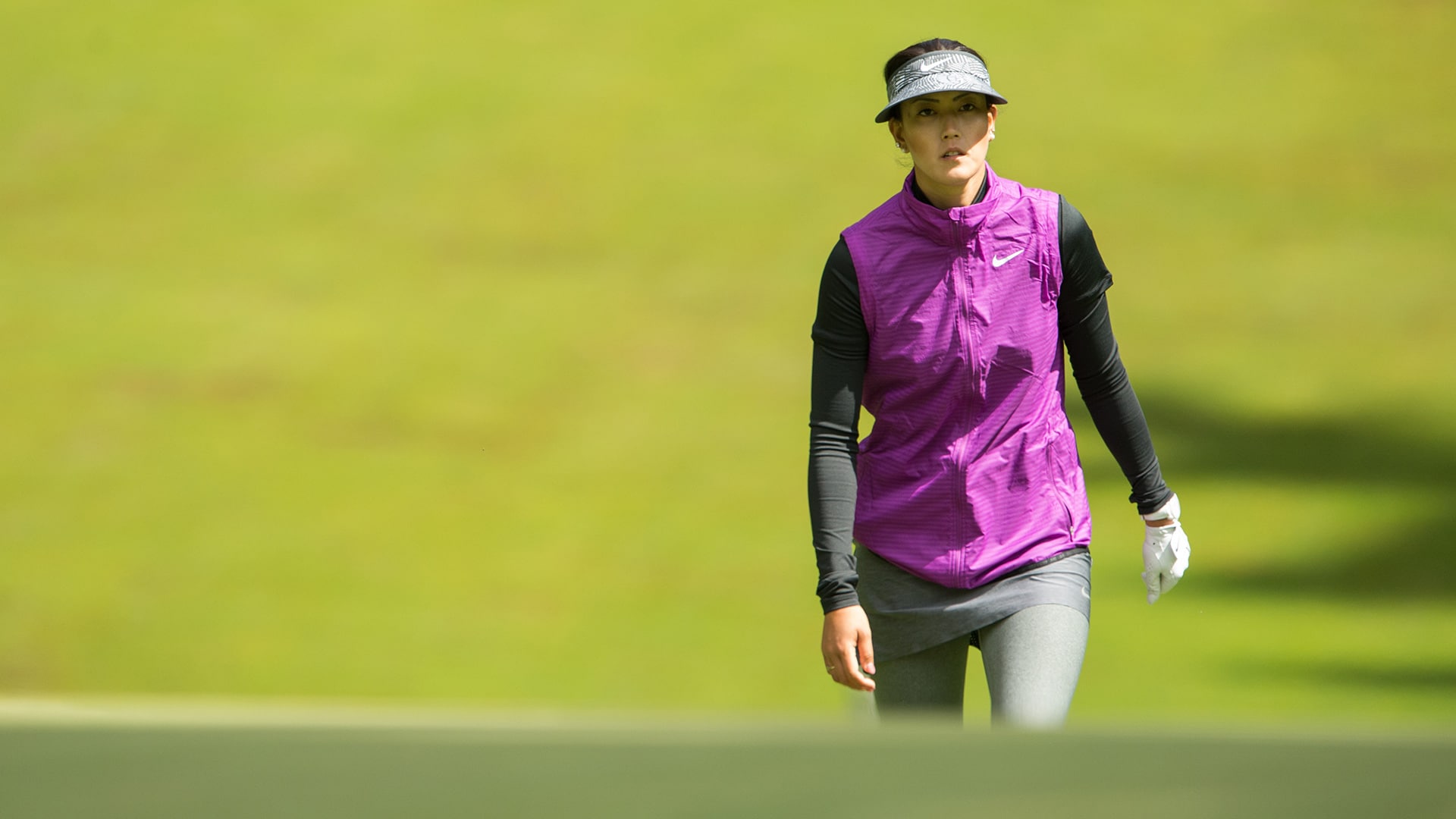 With a 9-over-par 80 in Round 2, Wie has missed the cut or withdrawn in six of her last seven starts.

Wie hit just six of 14 fairways in the second round and just four greens in regulation.

“My ball striking just isn’t where I want it to be,” Wie said. “My putting actually feels good. I’m just giving myself too many par putts and not enough birdie putts, and it puts too much pressure on my putting.”

Wie, 26, is coming up on two years since she broke through to win the U.S. Women’s Open. She tied for eighth in her next start after that victory, but she hasn’t recorded a top-10 finish since.

Wie has plummeted to No. 89 in the Rolex Women’s World Rankings after climbing to No. 6 following her first major win.

Wie struggled through a stress fracture in her index finger shortly after winning the U.S. Women’s Open, then battled hip, knee and ankle injuries most of last year, then neck spasms this spring. But Wie says she’s healthy now.

“She is going through a very tough period of low confidence and belief that we’ve seen other players go through,” Leadbetter told GolfChannel.com on Friday. “It certainly is not as a result of a lack of trying or effort on her part. It is one of those periods where Monday and Tuesday she feels good, is hitting it well and then come Thursday she senses a lot of tension, which is affecting her whole game. It’s tough to watch, and hopefully she can work her way through this.”

At year’s start, Leadbetter had a heart-to-heart conversation with Wie. He encouraged her to quit constantly tinkering with her swing and go back to the more natural, full swing of her youth, with more hip turn to ease pressure on her lower body. While she seems to still be coiling hard with less hip turn than most players, Wie said she’s trying to stick to what she was working on at the beginning of the year.

Leadbetter’s role with Wie is sometimes more advisor and helpful eye than swing coach with Wie making so many of her own changes.

“The mind is a strange thing,” Leadbetter said. “What can be so easy at times is impossible at others. This is something that Michelle has to figure out for herself. She is a smart girl, with an abundance of natural talent and I feel certain she will come through it.”

“There are a lot of ups and downs,” Wie said. “I’m determined to get myself out of it and get confident again. It’s definitely a work in progress, but I’m going to get there.”