Ko coping with increased scrutiny in victory or defeat 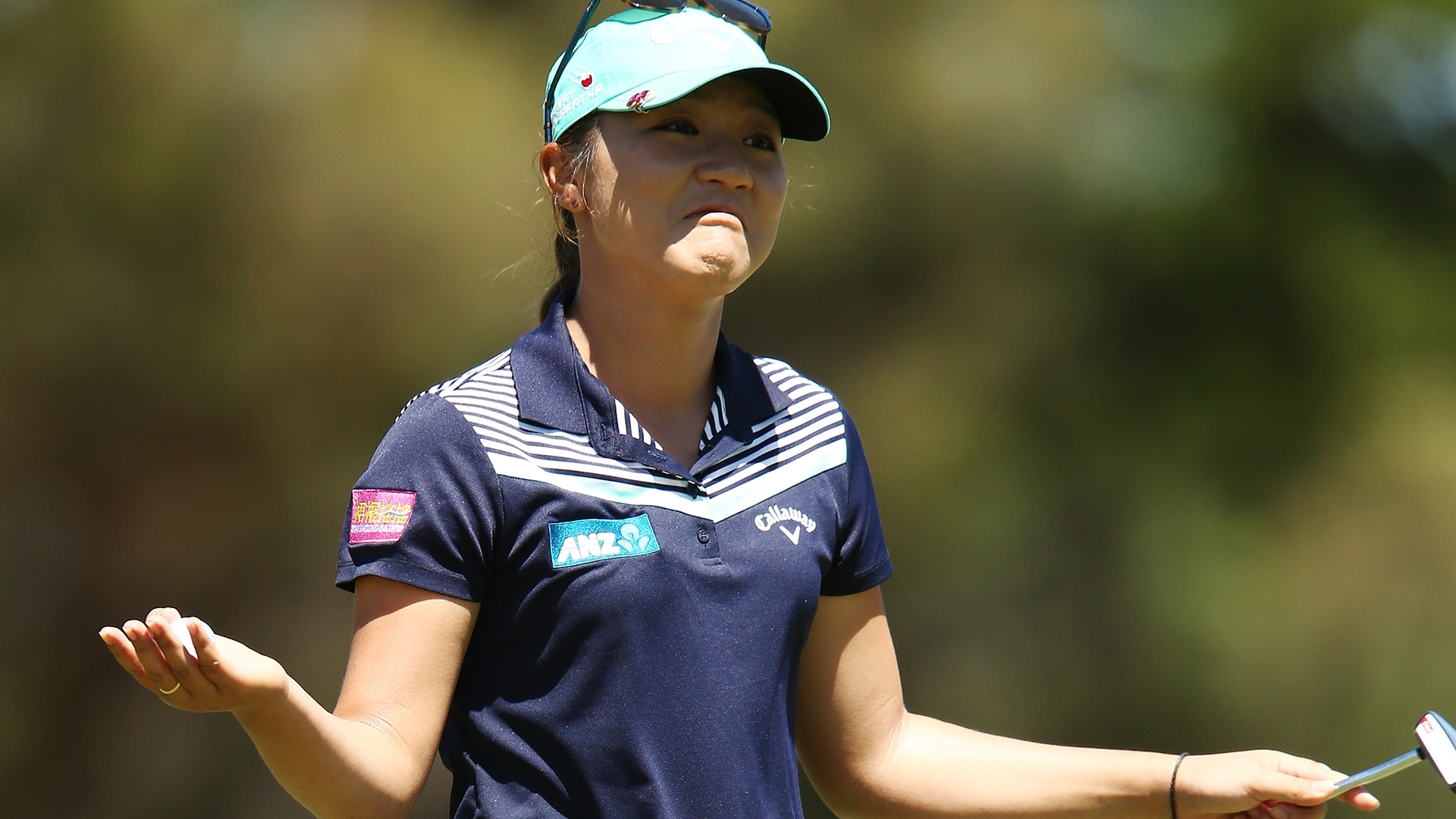 Lydia Ko’s back in the crosshairs again.

That’s what life is like when you’re the Rolex world No. 1 and you put yourself in position to win almost every week. Ko moved into position yet again Saturday at the ISPS Handa Women’s Australian Open, climbing one shot off the lead going into the final round.

If Ko wins, it’s another big story. It would be her second victory in a row and her fifth in her last 10 worldwide starts.

That’s the growing challenge for Ko going into Sunday’s final round at The Grange Golf Club in South Australia. That’s how things are changing the more successful she becomes. That’s the burden of expectation the great ones carry.

At 18 years old, Ko is carrying that burden a lot earlier than anyone has ever carried it.

There’s more success when you’re on top of the mountain, but there’s a lot more failure, too.

Yes, relatively speaking, there’s more failure the better you become in professional golf, because so many more of the shots Ko hits are scrutinized by galleries, TV viewers and analysts than shots hit by her peers. It’s the nature of the beast when you’re No. 1 or near the top of so many leaderboards.

Every player misses shots, but when you’re Ko, Inbee Park or Stacy Lewis, people see a lot more of your misses. There is a tiny death in a big miss for those players, especially in misses that lead to the ultimate failure, the failure to win.

When you’ve proven yourself as gifted as Ko, good shots are expected, winning is expected.

That’s why bad shots are like tiny deaths. They’re subject to rigorous post-mortem analyses, to video being rewound to examine how every wayward swing went wrong.

So when you’re Ko, Park and Lewis, if you’re not careful, you can see a lot of folks carrying scalpels, ready to cut and dissect.

Of course, it’s a lot worse in the men’s game because the interest is even more intense. That’s also the added challenge for Jordan Spieth and Rory McIlroy and the best of the best today. Jack Nicklaus and Arnold Palmer didn’t get that in the same way, not that they wouldn’t have handled it as brilliantly as they did everything else. There just wasn’t the same intense scrutiny, not as much media and no unrelenting waves of blogs and tweets.

Sean Foley, Tiger Woods’ former coach, observed this phenomenon at its most intense.

Foley nailed it when he said we subject Woods to “daily referendums.” Nobody has faced the kind of scrutiny Woods does. Obviously, with Ko, it’s nowhere near the same intensity, but it’s still becoming something of a weekly referendum.

While LPGA pros don’t get the same valued TV time slots the men get, or the same audiences, they’re playing more live TV events than they’ve ever played before.

This is Ko’s third start this year, and she has given herself a chance to win going into the final round of all three. Two weeks ago, Ko took a share of the 54-hole lead into her first LPGA start of the year at the Coates Golf Championship and uncharacteristically collapsed with three consecutive bogeys and then a double bogey in the middle of her round. Ultimately, she rallied to tie for third.

Last weekend, Ko successfully defended her title winning the New Zealand Women’s Open, but with no other player in the field among the top 70 in the world, there was some dismissiveness over the fact that she only won by two shots and some concern that her ball striking’s not quite right.

You know you’re reaching rarified air when even your victories aren’t good enough.

So that leads to Sunday in Australia, where a victory will make Ko’s weekly referendum favorable and anything less will make it unfavorable, possibly even troubling if there’s another Coates-like stumble. You think that’s overstated? Ask Yani Tseng how the No. 1 ranking skewed everything for her.

Ko got herself into contention Saturday in Australia with a fast start, making four consecutive birdies to being her round. She shot 68 despite hitting just four fairways. Karrie Webb hit all 14 fairways. That’s something to keep an eye in the weekly referendum, because one of Ko’s stated goals starting this year was that she wanted to hit more fairways.

Swing coach David Leadbetter feels the scrutiny, too, even with all the success the two have enjoyed over the last two years. He knew what it would be like when he and his assistant, Sean Hogan, signed up with Ko.

“In the beginning, to be honest, we were a little reluctant to take her on, because it was a case of you are damned if you do and damned if you don’t,” Leadbetter told GolfChannel.com at the end of last year. “If she played well, she was supposed to play well. If she played badly, well, then it’s `You guys screwed up.’

“I went through that with Nick Faldo. It was `Who the hell are you to mess up our golden boy?’ It’s always a bit of a risk, but you have to take a little bit of risk in life sometimes.”

For such a tender age, Ko handles these burdens of expectation with remarkable grace. She seems to get that unreasonable expectations are just that. They’re unreasonable. They aren’t worth fretting over.

While expectations can create resentment, Ko shows no signs of feeling that way. She deflects them with the skill of an Aikido master.

“To see some of the headlines, you kind of don’t know what to think about it,” Ko said when her game was slightly off early last year. “I try not to think about it, because at the end of the day, we’re all trying to play our best out here. That’s all we can do.”