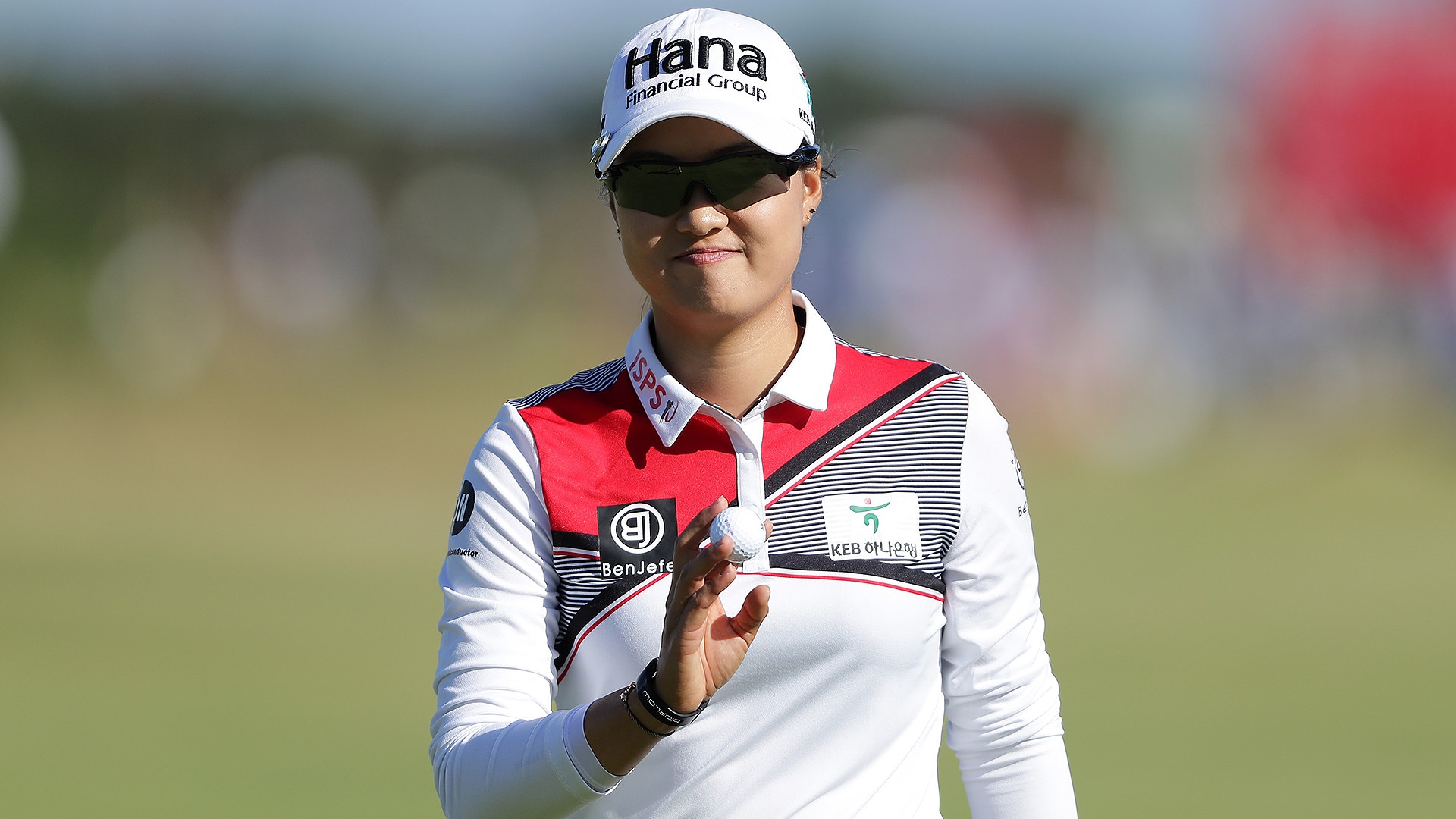 The women’s game puts on an international spectacle every week.

The Ricoh Women’s British Open is the best example of that yet.

Australian Minjee Lee, who might be the game’s next breakout star, topped a leaderboard Thursday that looks like a United Nations assembly.

The flags of nine different countries are among the top 10 at Royal Lytham & St. Annes.

Lee, 22, is more than the best player in the women’s game without a major. She’s the highest ranked without one at No. 8 in the Rolex Women’s World Rankings.

In 19 worldwide starts this year, Lee has two victories among eight finishes of T-5 or better. She’s coming off a second-place finish to new world No. 1 Ariya Jutanugarn at last week’s Ladies Scottish Open last week.

“I was pretty confident after last week,” Lee said.

She will need that to fend off a formidable multi-national brigade.

Former world No. 1 Ko is in the mix to try to win her third major.

“I know there's a lot of good things going on,” Ko said of her rebuilt swing. “I’ve just got to believe in my game and believe in myself and go out there and have fun.”

“It’s kind of been an up-and-down season,” Ko said. “Just to be back in that winner's circle in April was a really cool feeling. I think it kind of gave me the belief that, ‘Hey, my game is there, and I really can do it.’ If you aren't in that position often, you kind of start losing the belief.”

Brooke Henderson is only four shots back, trying to win her second major and wipe away the sour taste of a Sunday stumble at last month’s Women’s PGA. She was second going into the final round at Kemper Lakes, three shots off the lead and shot 74. She was so frustrated in the round she snapped a club slamming it into her golf bag.

“It was disappointing the way I finished, and I have some things that haven’t gone perfectly the last few weeks, but I’m really happy where my game is at,” said Henderson said, who tied for sixth at the Women’s PGA and was third in her last start at the Marathon Classic.

Lee has a game that seems well built for Royal Lytham & St. Annes, with its narrow fairways and 167 bunkers. She’s the LPGA’s best bunker player this year, ranking No. 1 in scrambling from the sand.

Still, that isn’t what got Lee to the top of the leaderboard.

It was her accuracy.

Lee is one of the tour’s best total drivers. Her combination of length and accuracy put her in great positions to attack Thursday. She said she only hit into one fairway pot bunker all day.

“That was probably the key, just to keep it in play and then obviously hitting the greens,” Lee said.

Her driver and sand play set her up well the rest of the way.