Acushnet to be sold to Fila Korea for $1.2 billion 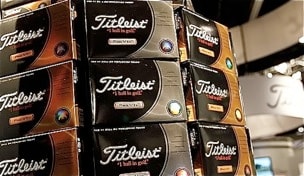 The much-awaited sale of Acushnet, the parent company of Titleist and FootJoy, to a group led by Fila Korea and a Korean private equity firm was completed on Friday, but the $1.225 billion cash transaction appears to be the beginning of the story, not the end.

According to a news release sent out early Friday “Acushnet will remain as a standalone company” and remain in Fairhaven, Mass., under the leadership of company chairman and CEO Wally Uihlein.

The pending sale of Acushnet had been a hot topic within the industry for months, with bids reportedly being made by Nike Inc. and TaylorMade-Adidas Golf parent Adidas AG.

Although Fila Korea, a global sport footwear and apparel company, and Mirae Asset Private Equity, Korea’s largest private equity firm, are new editions to the golf equipment and apparel industry, the game’s growth in Asia at least partially explains the group’s interest in the category.

“The fact that Asia Pacific represents over 30 percent of the world's total golf equipment spending, and that South Korean golfers are among the most passionate and organized in the game, is testament to the significant investment in the Acushnet Company by the Fila Korea and Mirae group,” Uihlein said.

The sale of Acushnet is subject to regulatory approvals and the transaction is expected to close this summer.

The bigger question, however, will be what the future holds for the industry leader in golf ball, glove, shoe and outerwear sales.

According to central Florida-based research firm Golf Datatech, Acushnet was No. 1 in 2010 in dollar market share in golf balls (55 percent), gloves (66 percent), shoes (52 percent), outerwear (17.5 percent) and Nos. 2 and 3 in the wedges and putters category, respectively.

Titleist is also an industry leader in professional golf. According to Titleist, 90 participants at last week’s Players Championship played the company’s golf ball, compared with 17 for the nearest competitor.

The company posted net sales of $1.2 billion in 2010, making a management shakeup or piecemeal selloff unlikely any time soon. But the questions over Acushnet’s future remain, particularly for the company’s longtime leader.

In the short term, the new owners of golf’s most recognizable brand seem content with the status quo.

“The acquisition of Acushnet transforms our platform with a stable of premier world class brands. We are equally excited to embrace Acushnet’s exceptional management team led by Wally Uihlein,” said Gene Yoon, chair and CEO of Fila Korea.

“With our extensive knowledge and reach in Asia, we believe that the Acushnet brands have incredible new opportunities for growth in the emerging markets in Asia.”

Uihlein – whose son, Peter, is a junior at Oklahoma State, the reigning U.S. Amateur champion and counted among the game’s best professional prospects – has served as chairman and CEO since 2000.