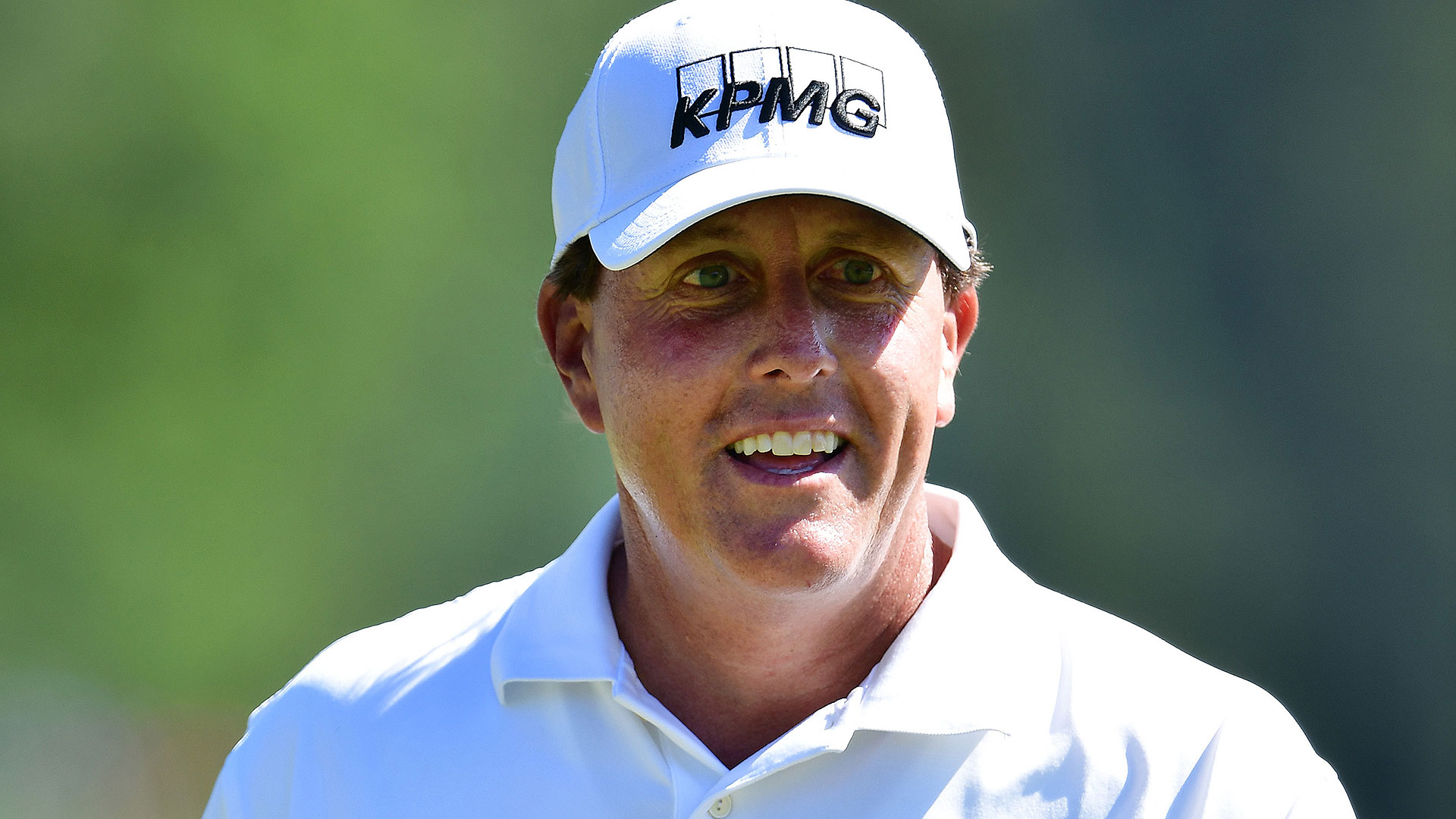 SPRINGFIELD, N.J. – You could almost hear Rob Thomas harmonizing as Phil Mickelson made his painful play.

“This is it now

This is all I can take

This is how a heart breaks”

- This is How a Heart Breaks

Lefty’s had his share of major heartbreaks. Just pick your poison. Maybe it’s the 2013 U.S. Open at Merion when he closed with a 74 to lose by two strokes; or at Winged Foot in ’06 when he signed for another final-round 74 to drop a one-stroke decision at his national championship.

Mickelson played flawless golf in Scotland two Sundays ago. Bogey-free golf, which he will tell you isn’t something he does very often, in what was widely dubbed the “Duel in the Wind” with Henrik Stenson. He posted a closing-round 65 without a single “Phil” moment when everything has a tendency to go pear-shaped.

Three days earlier he’d come within a single rotation of rolling in a birdie on the 18th hole for the first 62 in major championship history. At the time he battled mixed emotions: “I just shot one of the greatest rounds ever and I want to cry,” he said.

The golf gods had decided it wasn’t Mickelson’s day and he moved on, but that Sunday loss to Stenson will not be as easily dismissed.

“I'll look back over time and my disappointment will probably increase, because I think it's the first time in my career that I have played to that level of golf and not had it be enough to win a tournament,” Mickelson said on Tuesday at the PGA Championship.

Getting clipped by Justin Rose at Merion or Geoff Ogilvy at Winged Foot was one thing, the byproduct of largely self-inflicted wounds that have come to define the risk-taking southpaw. But the outcome of this year’s Open felt as if it was out of his hands, a new dynamic that was not of his making.

At 46, Mickelson has steeled himself against the inevitable doubts and internal critiques that normally follow a loss that defies easy explanation.

There will be a time when Phil will reflect on Royal Troon, probably fondly, but those moments can wait. The People’s Champion who won his second major at Baltusrol in 2005 doesn’t have the time or luxury for reflection just yet.

That determination to stay on topic was evident when he was asked about the perceived narrow window he has to win majors. Mickelson bristled.

There is a bit of symmetry to Mickelson’s decision to leave Royal Troon unexamined. When he arrived at the ’05 PGA he was more than a year removed from his first major victory, and had dropped close calls at the ’04 U.S. Open and Open. He was looking to further a career that was, at least in the biggest events, just getting started.

He immediately liked Baltusrol, a traditional East Coast venue with thick rough and pushed up greens. Loved the area and made Joe’s Pizzeria, just a few well-played 3-woods the other side of Interstate-78, a staple in his dietary rotation.

“I had said going in that when I win one, that I'm going to win multiple; it wasn't going to be just a one-and-done,” Mickelson said. “I needed to come back, in a fairly short time period and validate that first win.”

Similarly, the alternative to revisiting his loss to Stenson at The Open is to fixate on the next mountain, in this case this week’s PGA Championship.

He arrived late last week in the area for a corporate outing followed by a charity function on Saturday before getting back to work relearning Baltusrol after an 11-year hiatus.

Idle hands and all.

Unlike in ’05, the often-wayward Mickelson plans to play Baltusrol strategically this week, trading power for precision with an action he and swing coach Andrew Getson have made more consistent as evidenced by his play two weeks ago in Scotland.

“We have big tournaments coming up right now and because I am playing well, I don't want to let an opportunity, another really good opportunity that I have to play a PGA Championship here at Baltusrol at a course I like, while my game is sharp, and let the effects or disappointment linger,” he said.

The alternative would be to drill down on what went wrong at Royal Troon, and time will probably reveal that some heartbreaks simply can’t be explained.