All over the map 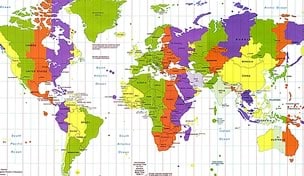 If ever there was a reason to embrace contraction golf’s dizzying late-season line-up certainly deserves consideration. For all those who view this month’s Tour Championship in Atlanta the end of the 2011 road for golf we give you Andres Romero.

Angel Cabrera was the top-ranked Argentine when the teams for this year’s World Cup were set, but he declined the invitation, forcing Romero to attempt qualifying, but the qualifier will be held the same week as the Tour Championship in Venezuela. Currently the affable Argentine is 59th in FedEx Cup points and will be forced into a difficult decision if he plays his way into East Lake.

It’s a scheduling tale of woe that’s become familiar for international types in recent years, but at least Romero has a choice. Jason Day and Adam Scott were never even asked to play the team event Nov. 24-27 in China despite being the top-ranked Australians – Nos. 9 and 17, respectively – on July 18 when the teams were set. There was no reason to ask considering the World Cup conflicts with the Australian PGA, an event both players were sure to play.

“Honestly it’s a tough date for us,” Scott said. “I would love to play (the World Cup) but if we do we would get crucified at home.”

And it’s not just the Australians who have been crossed up by the game’s version of scheduling sudoku. The South Africans also were faced with a difficult decision to either play the Presidents Cup or the South African Open the same week in November.

“The European Tour wants to end their season at the Race to Dubai. The South African Tour, we used to start the next season in December. And now they have got all those tournaments that they need to move to before the Race to Dubai, and so they have run out of weeks,” Els said earlier this year at Doral when asked about the Presidents Cup-South African Open conflict.

“Obviously (Tour commissioner) Tim Finchem put his slot in there first, but you know, with all of these tournaments that they need to shuffle around, they were going to overlap some tournament over the Presidents Cup and it happened that the South African Open is the one. So it's a bit of a problem.”

The powers that be scrambled and the South African Open date was pushed back a week, but the likes of Louis Oosthuizen and Charl Schwartzel still had to choose between playing the World Cup or their national championship. They picked the World Cup.

When is more less? When players are forced to make decisions based on perceptions rather than pure competitive considerations.

The last two months of the year have become a competitive chess game for global players. Players like Graeme McDowell, who will skip this year’s Chevron World Challenge, which he won in a playoff last year over Tiger Woods, because he will  be in China playing the World Cup the week before and is scheduled to play the European Tour’s season-ending event in Dubai the week after the Chevron.

The world may be shrinking, but three weeks on three different continents (Asia, Middle East and North America) is more than even the most well-traveled player can stomach.

The victims, of course, are not the players. Scott, Day and McDowell will all survive the free-for-all that has become the game’s “off-season.” We’re not so sure, however, about events like the World Cup, which has been played since 1953 when it was called the Canada Cup.

Instead of a Day-Scott two-ball, a tandem that would likely be a prohibitive favorite considering both players’ current form, World Cup officials get Richard Green and Brendan Jones, your Nos. 69 and 86 in world, respectively.

It’s a similar conflict that will keep young star Ryo Ishikawa out of the World Cup, which is played opposite the Casio World Open on the Japan Golf Tour. Yuta Ikeda and Tetsuji Hiratsuka will represent Japan, both fine players but neither can match the marquee of the Bashful Prince.

In this case, too much of a good thing is anything but good, and the situation only promises to get worse as tournaments vie for better spots on the calendar to attract stronger fields.

The solutions are simple enough but not likely because it would require that the PGA Tour and European Tour condense there seasons to leave room for the world’s lesser circuits. That would require the globe’s top dogs to give ground, and, as we’ve learned, they just don’t do that.

Which brings the conversation back to the prospect of a global tour to cure the late-season mishmash and put some order into the world of chaos that currently rules the year’s final months.

Perhaps Greg Norman was right, maybe a world tour is inevitable, but at this juncture it doesn’t seem imminent. Until then the likes of Romero, Day and Scott will have to make tough choices, and tournaments like the World Cup and South African Open will inevitably suffer.