And just like that, the Masters script is flipped 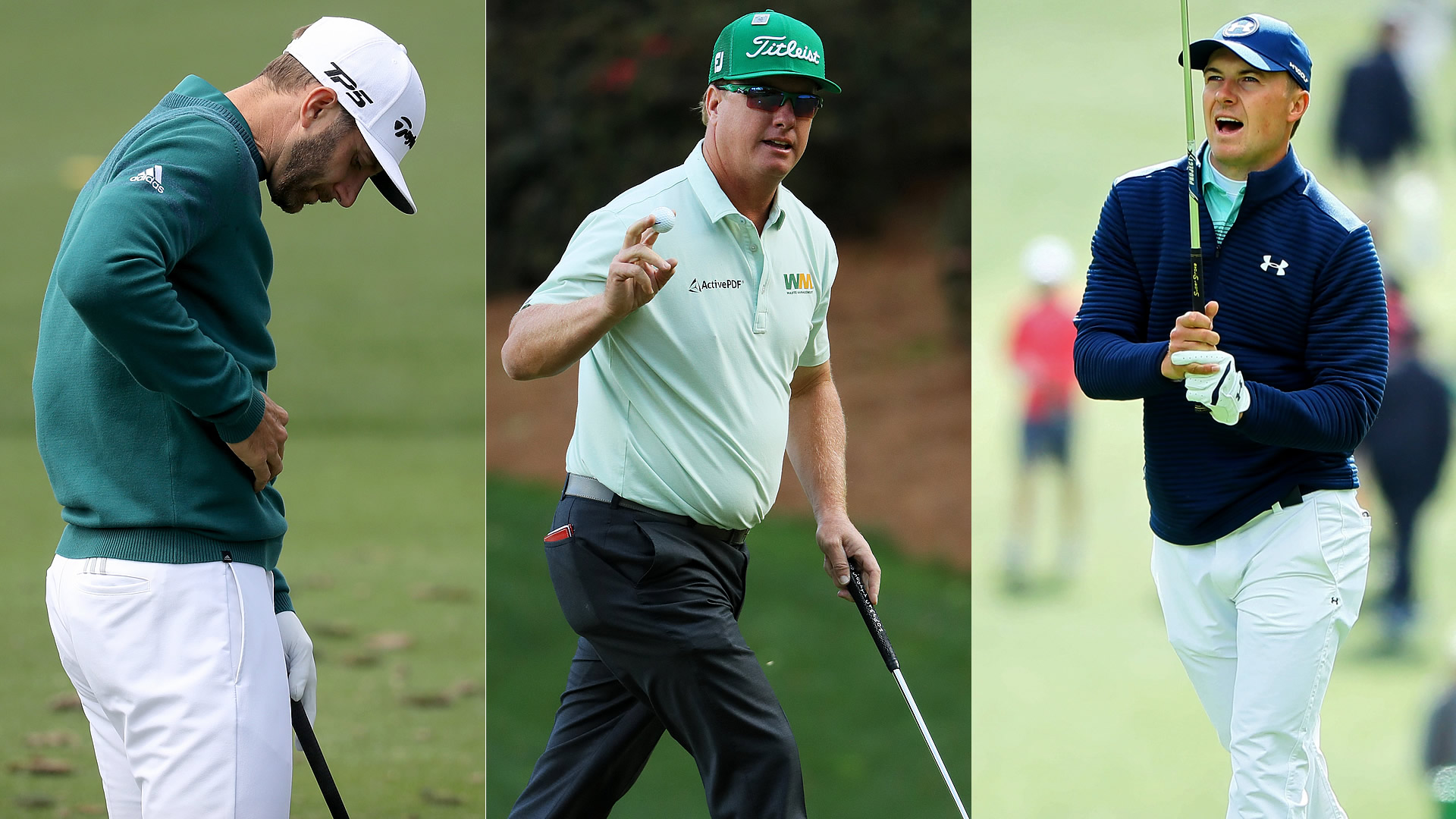 AUGUSTA, Ga. – Within a wind-whipped, 10-minute window the most pressing questions the golf world pondered in the days and weeks leading up to the year’s first major were, to varying degrees, answered.

Would Dustin Johnson live up to his status as the pre-Masters favorite? Well, no, but more on that later.

Would Jordan Spieth be haunted by the ghosts of the 2016 edition, which essentially ended when he rinsed two golf balls into the creek at the 12th hole? Again, nope, but even that answer was complicated.

Johnson never hit a shot that mattered following a dramatic warm up that ended when he arrived at the first tee and concluded that his ailing back wasn’t up to the Masters task.

The world No. 1 “seriously injured” his lower back on the eve of the first round when he fell on a staircase at the house he’s staying at this week. Overnight treatment, multiple trips to his physical therapist and the best of intentions weren’t enough to put DJ back together again and his withdrawal marked just the second time – the first was Tiger Woods in 2014 – the top-ranked player didn’t tee it up at the Masters.

“I couldn't make a good backswing, every time right at impact it would just catch,” Johnson said. “So I just don't feel like there's any chance of me competing. It hurts.”

Spieth endured a pain of a different kind, just not where everyone figured it might happen.

Following a quadruple bogey-7 at the 12th hole during the final round last year, Spieth has spent the better part of 12 months being forced down a memory lane he’d just assume avoid, but on Thursday he finally had a chance to put some distance between himself and his meltdown in ’16. A well-played and safe shot right of the hole set up a two-putt par just moments after Johnson had started for the exit.

“I was a bit surprised at how loud the cheer was when my ball landed about 34 feet away from the hole,” Spieth laughed. “But I was relieved to see it down and on the green. I guess everybody else felt maybe more than I did on it.”

But as the 2015 Masters champion has learned in just three short years, Augusta National gives and takes with equal abandon.

Following his round, Fred Couples, who once again turned back the clock with an opening 73 that left him tied for 22nd, was asked about the par-5 15th hole, “There’ll be a lot of funny stories on that hole,” he said. After a quadruple bogey-9 at No. 15 on Thursday, Spieth wasn’t laughing.

After laying up, Spieth spun his third shot into a water hazard, sent his fifth shot over the green and he three-putted from 29 feet to drop to 4 over par.

“You think of it as a birdie hole, obviously being a par 5, unfortunately I still thought of it as a birdie hole today and it really isn't, when you layup,” said Spieth, who finished with a 75 for his worst round at the Masters. “So I didn't take my medicine, and hit it about 15 feet right with a club that takes the spin off.”

In less time than it takes to cross Washington Road, the most popular talking points heading into this week’s tournament – Spieth’s demons on the hole they call Golden Bell and DJ’s dominance – were essentially non-stories, overshadowed by the gritty play of a veteran who has exactly one top-10 finish in 22 major championship starts and a 37-year-old journeyman playing his first Masters.

At one point on a wild and windy day, two dozen players were tied for lead before Charley Hoffman, whose tie for ninth in ’15 at Augusta National is the highlight of an otherwise nondescript Grand Slam resume, pulled away with the kind of second-nine that is normally reserved for Sunday afternoons.

Hoffman birdied the 12th, 14th, 15th, 16th and 17th holes and his 7-under 65 left him four strokes clear of William McGirt, who is making his first start at the Masters and defied the norm with just a single bogey that left him alone in second place.

“There wasn't, I wouldn't say, a ton of pressure today. You're just trying to make ends meet really,” Hoffman said. “Obviously going to sleep on the lead at a major championship here at Augusta National is not going to be the easiest thing.”

After months of buildup, it certainly wasn’t what fans expected at the year’s first Grand Slam gathering; but in Johnson and Spieth’s defense they weren’t the only stars who didn’t exactly deliver on Day 1.

Rory McIlroy rallied to finish with an even-par 72 after making the turn in 3 over par, and Jason Day hit just 10 of 18 greens in regulation on his way to a 74. Put another way, at 57 years old Couples outplayed six of the top 10 players in the world ranking.

Some of the toughest conditions at the Masters since the opening round in 2007 had something to do with a leaderboard that didn’t go to script, and there are still 54 holes for the cosmic tumblers to fall back into their proper position, but there’s no denying that Day 1 didn’t go as expected for either the frontrunners or those whose expectations exceeded reality.

After 12 months of speculation and frenzied anticipation, it only took 10 minutes for everything to take a curious turn.