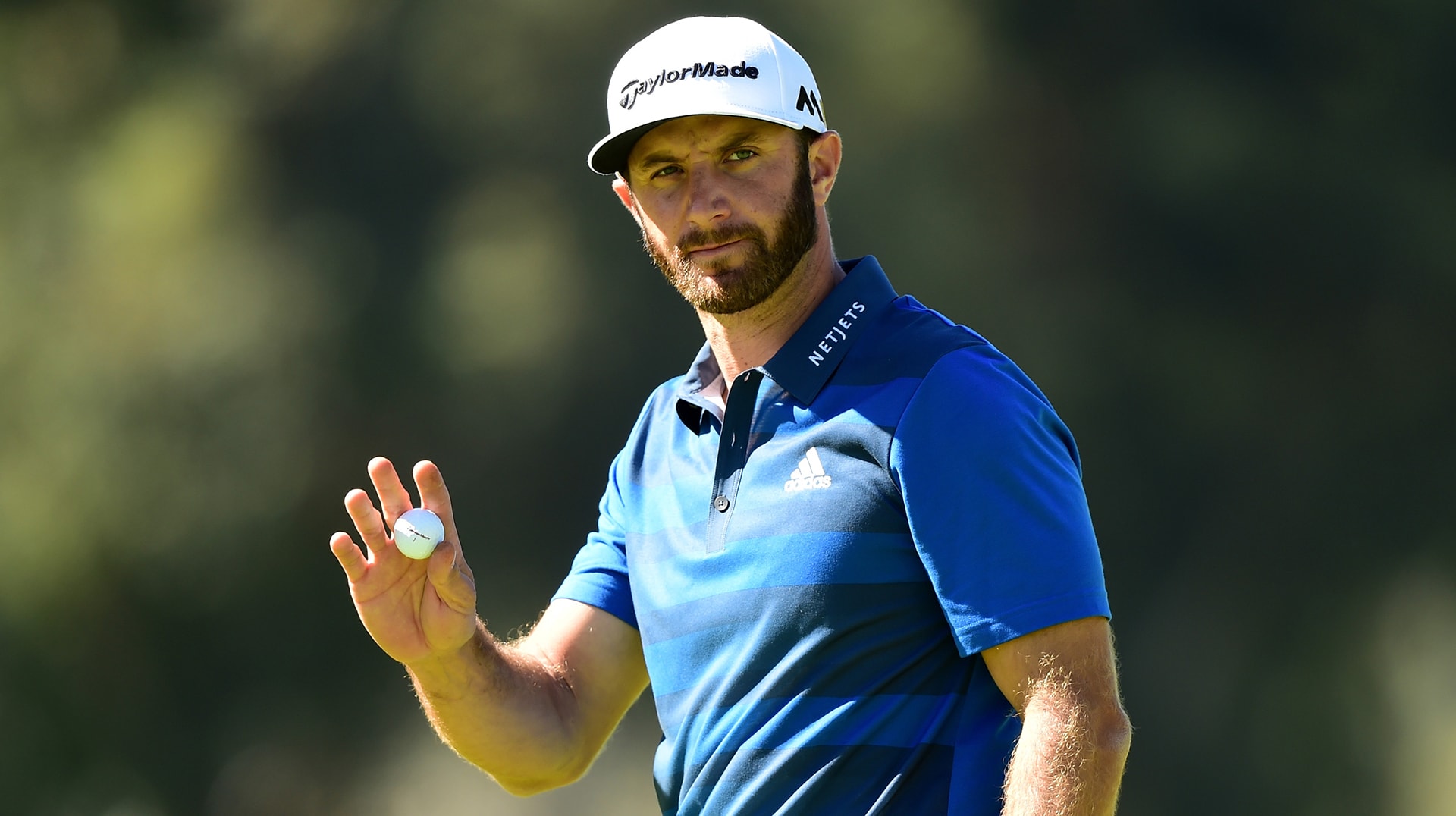 For the next few weeks, big leaguers will ease their way back into the ebb and flow of competition. It’s a luxury that’s not afforded to their professional counterparts on the PGA Tour.

For Tour types, the closest thing they get to spring training is a few relaxed days in Maui before the start of the Hyundai Tournament of Champions - if they’re lucky. If not, it’s straight back into the cauldron in Palm Springs or Pebble Beach.

For players like Dustin Johnson, there is no such thing as spring training, which at least partially explains the bomber’s start to 2016.

At the limited-field opener in Maui, he tied for 10th; at the Farmers Insurance Open, he tied for 18th; and last week at Pebble Beach Pro-Am, he finished 41st. All pedestrian starts by any measure for a player who has won every year on Tour since 2008.

“I was playing terrible. To me, I was,” Johnson said on Friday at the Northern Trust Open, where he is tied for third and two strokes off the lead following a second-round 66. “I just wasn't striking it good with the irons. Wasn't hitting it solid with the driver. Everything was just a little bit off.”

With a mountain of respect to the folks in Maui, Torrey Pines and Pebble Beach, for players like Johnson – whose seasons now run well into the fall with the creation of the FedEx Cup playoffs and whatever team match is on the docket that year – there is a value in putting the clubs away and showing up to start the year ... well, cold.

In Johnson’s case, icy cold, following multiple skiing trips to Aspen, Colo., which has become something of the official past time on the PGA Tour.

“To be honest. It really wasn't surprising that I wasn't playing very well, because I had not practiced at all,” he said.

Johnson explained he arrived a few days early to practice in Maui, his first start since the Hero World Challenge the first week of December, but followed that start with a skiing trip before heading to Torrey Pines, which he also followed with another skiing trip.

Johnson, who estimated he’d be a 2-handicap as a skiier, wasn’t the only Tour player to trade fairways for slopes this off-season.

Justin Leonard moved his family to Aspen last August and said following the OHL Classic in Mexico in November that he didn’t touch a golf club for 35 days.

In Leonard’s defense, there aren’t many options to ply his chosen trade in Aspen during the winter.

Leonard, who is tied for seventh at Riviera Country Club following a second-round 68, said his training during the offseason consisted of three or four days a week in the gym, where he would simulate swings.

“My work, when I'm not here at a golf tournament, is simply in the gym. I don't have a place to hit balls,” said Leonard, who missed the cut in his first two events of 2016. “I take my clubs out of the travel cover to make sure nothing's broken, and then they sit in the corner until I pack them up again.”

If it only makes sense that a large number of National Hockey League players escape to the golf course in their down time, why wouldn’t Tour players find similar solace on the slopes?

Johnson and Leonard don't have any illusions that skiing is somehow beneficial to their day jobs.

Leonard was more tongue in check with his response when asked about the biomechanical benefits skiing provides for the golf swing.

“Oh, absolutely. I can’t go into it,” he smiled. “I’ve talked myself into believing that skiing is actually helping my golf. That’s why I need to get in at least five days a week when I’m at home.”

The psychological benefits of skiing or any other extracurricular activity is another story. Whatever the distraction of choice, leaving the clubs packed away, however difficult that may be given the modern schedule, has become standard fare for the game’s best players.

Even Rory McIlroy, whose dance card is particularly crowded given his status on both the PGA and European tours, found time for non-golf-related activities. Given his social media posts of late, it seems the Northern Irishman’s offseason was mpstly spent in the gym, but then renewal can be found in the most curious places, And in his first Tour event this year, he’s tied for seventh after a 69 on Friday.

Players like Johnson and Leonard have found a downhill solution to what has been an uphill struggle for those searching for an outlet outside of golf, even if that means shaking off the rust in real-time.